Fully developed fire in the Pentecostal church in Skärhamn

Around 15.45 on Friday, an alarm came that there was a fire in the old Smedjan in Skärhamn on Tjörn. The building is now used as a Pentecostal church. Despite the fact that it is a fully developed fire, the rescue service believes that large parts of the building can be saved. 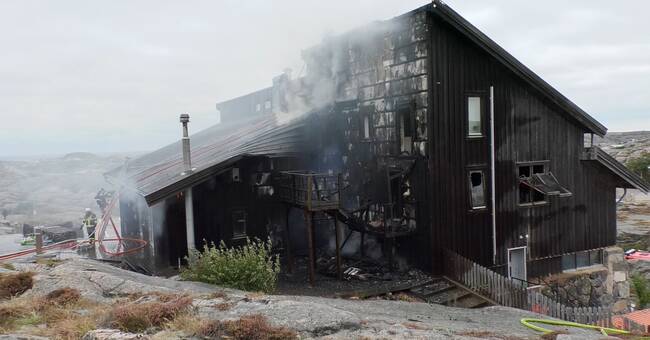 - It is thus a fully developed fire upstairs and in the roof construction, and we are currently extinguishing both inside and outside, says Göran Andersson, area manager for Södra Bohusläns Räddningstjänstförbund.

About ten units from the rescue service at Tjörn and Stenungsund are on site, as well as the police and ambulance.

However, no injuries have been reported.

There are no obvious causes for the fire, and it will later be a daunting task for the police to try to get an answer to that question.

Despite the extent of the fire, Göran Andersson is hopeful:

- Yes, we have good hopes of being able to save most of the building.

It depends on what happens in the next hour, he says.