After the accusations against Bali - now the girl gives her version

The moderate member of parliament Hanif Bali has taken time out from politics since he was investigated by the police after accusations of sexual advances against a then 15-year-old girl. In an interview with HD-Sydsvenskan, the girl now gives her version of the story. - I kind of was not in love with him. It was more that I felt that I needed him in my life, considering that he promised me so much and so on, she tells the newspaper. 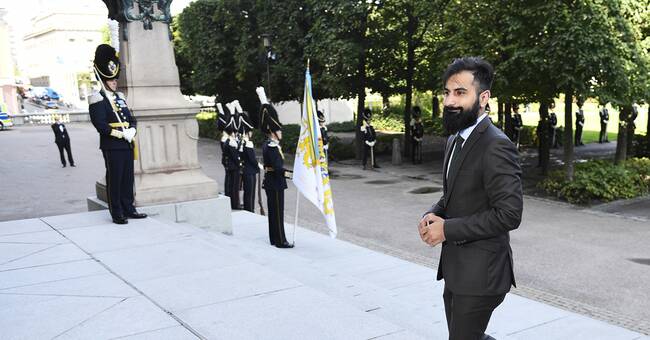 According to the girl, the contact should have begun with Hanif Bali at the end of 2019, when the member of parliament sent a request to follow her on Instagram.

They started talking and then met on three occasions during the first half of 2020.

At first, the relationship was friendly, but over time, it has changed in character, according to the girl.

During the spring, the contacts intensified, at the same time as Bali also made contact with the girl through a dating app, she says.

The last time they met was during the summer of last year.

She describes how Hanif Bali then made more explicit sexual approaches.

They then continued to have contact until August 2020, when Bali suddenly broke contact, according to the girl.

Hanif Bali himself is of a completely different image.

The Member of the Riksdag admits that he had contact with and met the girl, but then only as a mentor and friend.

He says that it was the girl who wanted a different type of relationship, and that he broke the contact when he noticed it.

"When she continued to hear from me, I chose to ask her once again to stop contacting me, this time in a harsher way.

She then apologized, promised that it would not happen again whereupon I blocked her number and blocked her on social media ", writes Bali.

"This has been the worst thing I have ever been exposed to.

I urge the person who directs these accusations against me to make a police report so that I have the opportunity to clean up. ”

"Would help me with politics"

The girl had Bali's post sent to her by a friend, she says.

- I probably thought most "sorry, but it is you who put yourself in this situation".

If there's anyone it's been difficult for, it's me.

As the girl sees it, Bali has omitted important details in its post.

The member of parliament was a driving force in their contacts, she says, and tells how he offered help with homework and a future political career.

- He said, among other things, that if I were to run for municipal council, he would kind of get his followers to vote for me and so on.

SVT Nyheter themselves have been in contact with the girl, who declines further comment and refers to the interview in Sydsvenskan.

SVT has searched for Hanif Bali.

Hanif Bali has made himself known as a loud-mouthed debater. He has been fired three times - see more about the moderate politician. Photo: Dan Hansson / TT