State tests of the S-500 Prometheus anti-aircraft missile system have been completed, and Russian troops have begun to receive the first samples of these weapons, Deputy Prime Minister Yuri Borisov said. According to him, in the distant future, the latest complexes can be exported to other countries, but only after the needs of the domestic Armed Forces are satisfied. Experts note that thanks to its unique characteristics, for example, the ability to hit targets in space, the S-500 system will significantly enhance Russia's anti-aircraft and anti-missile capabilities. 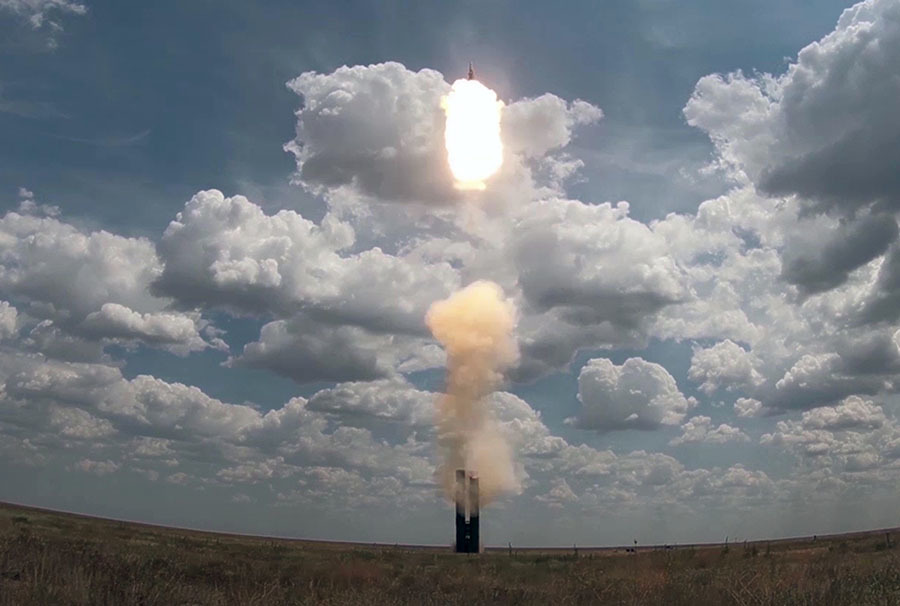 “The state tests have just been completed and the first deliveries of this complex have begun.

And that is still not in the full range that Almaz-Antey should make at the request of the customer.

These are such configurations of the complex of the agreed composition, "TASSS quotes Borisov as saying.

At the end of May, Russian President Vladimir Putin spoke about the imminent start of deliveries of the latest systems to the troops.

“In the Aerospace Forces, more than 70% of anti-aircraft missile regiments have been re-equipped with modern S-400 systems.

The next step is the delivery of the S-500 complex to the troops, ”Putin said at a meeting with the leadership of the Defense Ministry and defense industry enterprises.

Then the head of state noted that between the enterprises of the military-industrial complex and the Ministry of Defense, effective interaction has been established for the supply and maintenance of weapons and equipment throughout their entire life cycle - from development and serial production to service and repair.

According to the means of objective control, the target is hit. "

The military stressed that the combat firing confirmed the specified tactical and technical characteristics and high reliability of the S-500.

The Ministry of Defense added that the equipment plans provide for the delivery of the first S-500 system to the air defense-missile defense association near Moscow, which provides protection for Moscow and the Central Industrial Region.

The S-500 anti-aircraft missile system produced by the Almaz-Antey concern is designed to destroy all existing and future air and space attack weapons in the entire range of altitudes and speeds.

The S-500 is a new generation of air defense systems, in which the principle of separate solution of tasks for the destruction of aerodynamic and ballistic targets is applied.

Also, the S-500 is capable of hitting aircraft and UAVs.

In July, the head of the anti-aircraft missile forces of the Russian Aerospace Forces, Sergei Babakov, announced that the new systems would also be able to destroy hypersonic weapons.

"The characteristics laid down in the S-500 air defense system, which make it possible to destroy, in addition to aerodynamic and ballistic targets, hypersonic weapons of all modifications, including in near space, make it possible to say with confidence that there are simply no analogues of this system," the newspaper quoted him as saying. The Red Star".

Back in 2017, the general designer of the Almaz-Antey concern, Pavel Sozinov, said that the new system will be structurally and technically different from the S-400, will have new location and computing facilities, new anti-aircraft guided missiles.

In 2020, Sozinov announced that the S-500 would be able to intercept targets hundreds of kilometers above the earth's surface.

“Interception in the upper atmosphere is real.

It is hundreds of kilometers from the Earth ... This is a system that solves a whole range of tasks of both air defense and missile defense, ”the designer emphasized.

Sozinov added that the developers tried to give the S-500 all the necessary means to combat promising targets for a decade to come.

“We have tried to make a forecast for the next 25 years on the development of aerospace attack weapons and we believe that it will be very reliable in terms of the characteristics that a potential adversary can achieve during this period of time.

Accordingly, our system should be able to deal with those funds that are not yet available, but may appear in five, seven or ten years, ”said the general designer of Almaz-Antey.

The exact tactical and technical characteristics of the S-500 "Prometheus" are still unknown, but open sources reported that the radius of destruction of the air defense system could reach 600 km.

According to some reports, the system will be able to detect and simultaneously hit up to ten ballistic supersonic targets, as well as warheads running on hypersonic.

“The S-500 complex will be equipped with missiles that can work on various targets, including hypersonic and near space objects.

In addition, this system will be able to hit intermediate and shorter-range missiles, and intercontinental ballistic missiles, which are launched from a distance of 3.5 thousand km.

This versatility and multi-vector nature makes the system unique, ”said a military expert, retired colonel Viktor Litovkin, in a conversation with RT.

The development and testing of a new anti-aircraft missile system in Russia attracts the attention of the Western expert community.

For example, the American military-political portal The National Interest published an article about her entitled "Russian S-500: a trump card against American missiles and fighters?"

“The S-500 is the Russian flagship anti-aircraft system, which provides for a comprehensive improvement in performance compared to the powerful S-400 Triumph system already in service.

According to available information, the S-500 is capable of intercepting air targets with a speed exceeding Mach 5: hypersonic cruise missiles and other targets, including UAVs, as well as, potentially, some types of low-orbit satellites, ”the article says.

According to the authors of The National Interest, the S-500 may pose a particular threat to US air assets, since it "substantially complements the potential of the Russian armed forces in countering stealth technology."

It is worth noting that Deputy Prime Minister Yuri Borisov admitted: in the future, the S-500 can be presented on the export market, in particular, delivered to India.

However, the Deputy Prime Minister stressed, this will happen only after the needs of the Russian army in these systems are fully satisfied.

“Potentially, yes ... But there are no agreements in the practical plans yet.

And this is a common practice: until we saturate our native armed forces, we do not sell abroad, ”Borisov answered when asked whether the Indian side could become the first foreign buyer of the S-500.

The Deputy Prime Minister added that this issue is “a prospect for the next few years,” but India, according to him, enjoys particular confidence as the largest exporter of Russian weapons.

“Sometimes we sell to India what we don’t sell to other countries, because we have no political or territorial claims between ourselves or conflict situations.

Our cooperation has been tested over the years, ”Borisov emphasized.

According to Viktor Litovkin, one should expect that the countries that have already bought the S-400 complexes from the Russian Federation will also be interested in purchasing the S-500.

This could be China, Turkey and India after a serious retraining of personnel.

It can be assumed that the export option and the passport for export delivery for these systems will be received in 2025-2026, ”the expert said.

In turn, a military expert, director of the Museum of Air Defense Forces in Balashikha, Yuri Knutov, emphasized that at first the S-500, thanks to its unique characteristics, will strengthen the Armed Forces of Russia.

“The S-500 complex has unique characteristics, in particular, it consists of anti-missile and anti-aircraft parts, which allows it to hit all types of targets, including hypersonic missiles and satellites in low orbits.

Another feature of this system lies in new radar stations of different ranges, which allow with the highest probability to detect enemy targets, accompany them, and then automatically direct the missile, "said the interlocutor of RT.

In addition to the fact that this complex has the highest level of automation, and is also distinguished by high mobility and high speed of putting on alert after the march, concluded Yuri Knutov.