Zakharova commented on Kiev's statements about a possible conflict with Russia

Russian Foreign Ministry spokeswoman Maria Zakharova said that Western officials in charge of Ukraine should suppress statements by Ukrainian politicians about the possibility of a military conflict with Russia, but this is not being done. 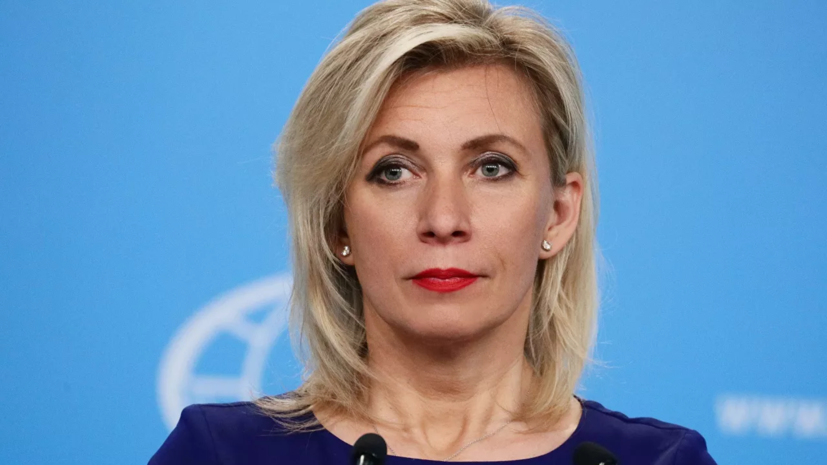 According to her, Oleksiy Danilov, Secretary of the National Security and Defense Council of Ukraine, had previously stated that in the event of an order from the Supreme Commander-in-Chief, the Ukrainian army could capture the DPR and LPR.

“The President (of Ukraine Vladimir. -

) Zelensky, in principle, admitted the possibility of a full-scale war with Russia.

Such statements should be suppressed by those who supervise Ukraine in the West and are endlessly worried about the fate of this country, ”Zakharova said at a briefing with journalists.

The diplomat noted that in practice the Russian side sees "actions in the opposite direction."

Earlier, the press secretary of the Russian president, Dmitry Peskov, said that the Kremlin "regretted" Zelensky's statements about the possibility of a full-scale war between the two countries.

According to him, Moscow would not want to indulge in such "apocalyptic expectations."