There is great concern in Perstorp - students are bussed between schools

The situation where a man makes contact with female teachers and children in Perstorp in a nasty way has escalated after the summer holidays. Many rumors abound and the police admit that there is a risk that someone will take the law into their own hands. 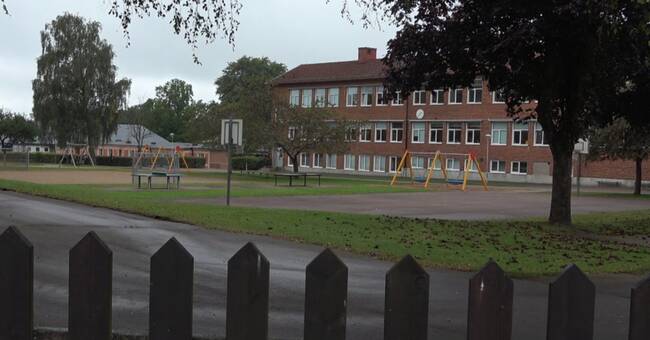 - That risk can exist and if it happens, there are no winners, only losers, says Niklas Årcén who is local police area chief.

SVT Nyheter Helsingborg has previously reported that two schools in Perstorp nowadays do not allow any child to leave the school area unattended and that they bus classes to safely transport them to their handicraft and leisure.

Hear more about the situation in the clip above.

The man has, among other things, hunted children and teachers.

Most people that SVT spoke to say that he asks unpleasant questions and is intrusive.

He should not be physical or violent.

- This is very exceptional.

I have worked within the school for many years and have never seen anyone so intrusive towards children, students and staff, says Åke Svensson who is head of administration in Perstorp municipality.

The municipality receives criticism from parents SVT spoke to for not having informed enough about situations immediately when they occurred.

Have you informed at the pace you need?

- I am met with a lot of anxiety from parents.

We probably did not do that, you never know until afterwards, but we can certainly be blamed for that, says Åke Svensson.

The schools have made a total of six reports against the man.

- We take the situation seriously and have increased our presence in Perstorp, we cooperate closely with the school and the municipality and prioritize the investigations linked to this situation, says local police area manager Niklas Årcén.

He himself has been the victim of crime

The man has not only caused concern among the residents of Perstorp, but he himself has been subjected to at least one serious act of violence.

The motive behind is unknown at present because there is pre-trial secrecy.

But the incident is classified as attempted murder.

- It happened right here outside our entrance in early August.

My staff had to take care of him while waiting for an ambulance, says Per Eriksson who is store manager at Ica.

He also says that they had to take care of the man when he fled bloody into the store on another occasion.

SVT has searched for the man without success, we have also talked to his plaintiff's assistant who can not comment on the suspected attempted murder due to preliminary investigation secrecy.

Two men are in custody on suspicion of the attempted murder on the fourth of August.

The prosecutor hopes to be able to bring charges soon.

"Before that, I do not want to comment on the case," said prosecutor Claudio Gitterman.