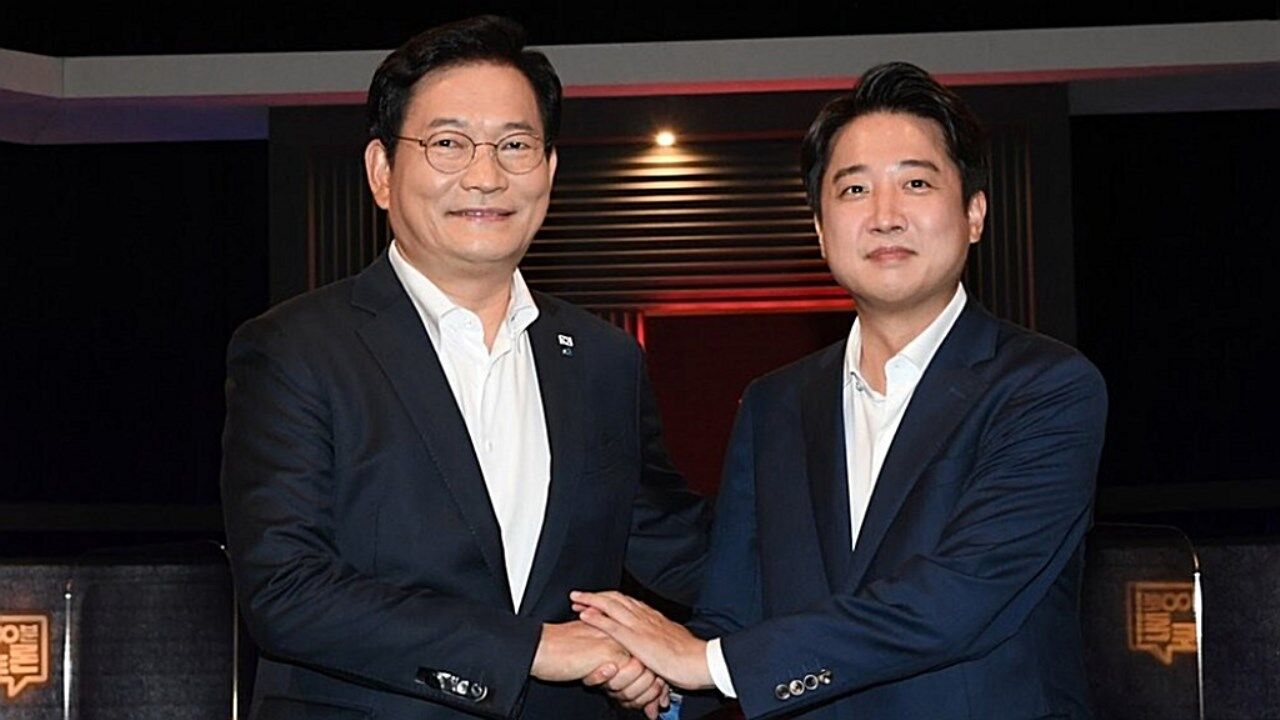 Yesterday's 'Debate Battle' between the two parties is the second since they first met at the 'SBS Joo Young-jin's News Briefing' in July.

Regarding the allegations of 'indictment', CEO Song set a date, saying, "It is an improbable national flag disturbance and a violation of the Prosecutor's Office Act, as well as an incident that requires the closing of the prosecutor's office."

In addition, regarding the suspicion of 'Park Ji-won's gate' raised by the opposition, he emphasized, "That's it, and what's important is whether the complaint was written by Prosecutor Son Jun-seong and his subordinates."

In response, Chairman Lee responded, "The party receives countless reports," and said, "There is no problem in reprocessing and using documents with accurate facts, not even files written that they were created by the prosecution."

He continued, "Based on that accusation, in the case of Rep. Choi Kang-wook, he was actually convicted in the first trial."

Even over the media arbitration law, the leaders of both parties fought fiercely.

CEO Lee said, "The facts are 'congruent'I think it is hasty to apply negligence in the process of achieving the goal and pay punitive damages right away.”

"This is for a healthy media environment," Song said.

In particular, CEO Song and CEO Lee reached a consensus on the deletion of the problematic 'provision of intentional gross negligence'.

Representatives of both parties, who had recently exchanged fierce battles over current issues, acknowledged some issues and even found an agreement.

In response to President Lee's criticism that the government was passive in introducing a COVID-19 vaccine, CEO Song resigned, saying, "As a good point, the perception that a vaccine is a 'game changer' was not firmly established. As the leader of the party, I reflect."

In addition, when Chairman Lee suggested, "Let's come up with a plan for the Democratic Party and the people's power to cooperate on 'With Corona'," Song replied, "Good word," and the power of the people to operate the 'Coronavirus'. He insisted on cooperation.