SD: "S has turned the church into an opinion megaphone"

SD's Aron Emilsson believes that the Social Democrats have turned the church into a "left-liberal opinion megaphone", while S-leader writer Anders Lindberg strikes back. - It is clear that it is not true, he says in SVT's Sweden meet. 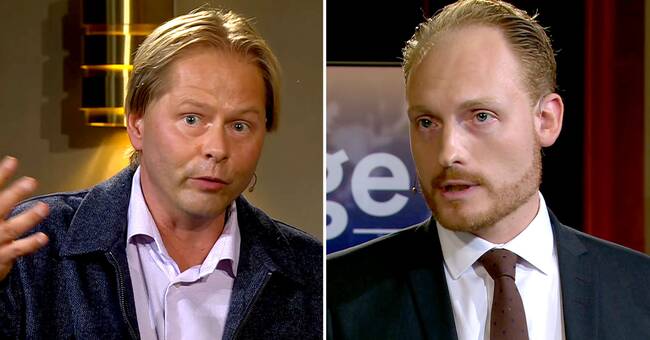 Ahead of the church election on September 19, the debate about the church's relationship to political parties has flared up again.

The Sweden Democrats want to see a change in the current system.

- We open up for a major screening of the election system for the church and if there are more or alternative ways for the Church of Sweden to elect its representatives, says Aron Emilsson (SD), group leader in the church board, in SVT's Sweden meet.

SD: S has taken over the church

Anders Lindberg, political editor-in-chief of Aftonbladet, which is an independent Social Democrat, believes, however, that the Sweden Democrats use the church election for their own gain.

- They want to use the church as a kind of platform to take over the Riksdag.

This was done effectively before sitting in the Riksdag and now they are continuing that strategy.

SD, on the other hand, believes that it is S that has taken over the Church of Sweden, and that the party uses it as a political tool.

Anders Lindstrand believes, however, that this is not true, but that it is "a campaign" on the part of SD.

- If we listen to the right today in all public debates, we hear the same thing, we hear it against SVT and all social institutions, these arguments that everything has gone to the left.

It is important to have the thought: is it really so?

Does our society really look that way or is it a campaign?

Of course it is.

See all of Sweden meet about the church's relationship to politics in SVT Play.