Lars Leijonborg: "Is it okay now, it could not have been racism then"

Minister of Justice and Migration Morgan Johansson (S) was one of many who went hard on the former L-leader Lars Leijonborg and the proposal for language requirements to obtain Swedish citizenship. Almost 20 years after the proposal came up, the tone is something completely different. - That so many played the racist card was of course very uncomfortable, says Lars Leijonborg. 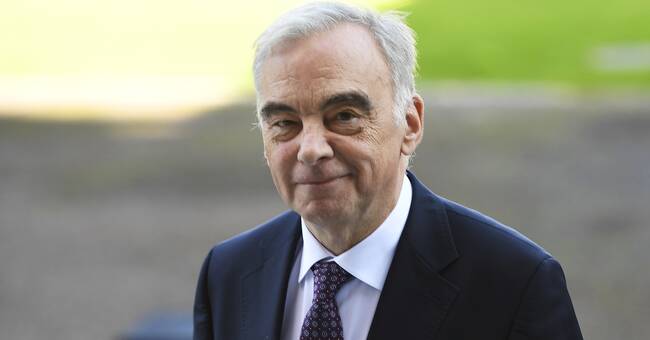 The criticism was harsh to say the least when the People's Party, the current Liberals, before the election in 2002 proposed demands that immigrants must have approved knowledge of the Swedish language in order to become Swedish citizens.

During the summer, the proposals were implemented by the government as part of the new migration legislation.

In "30 minutes", Morgan Johansson (S), who previously called the proposal "a magnet for xenophobic voters", admitted that he turned the issue around.

"Of course it took on one"

Lars Leijonborg thinks it is remarkable that it would take almost 20 years before the reform became a fact.

- The sinner must wake up late, so it is of course better to wake up than not wake up at all.

If it's okay now, it could not have been racism then, says Lars Leijonborg.

Morgan Johansson was not the only politician who saw the proposal as populist and a way to attract votes from the outside.

- That I fished in turbid water was an expression that recurred.

Göran Persson said in a parliamentary debate that I blinked with my right eye.

That so many played the racist card was of course very uncomfortable.

When you have worked anti-racist all your life, it is clear that it took a toll, says Lars Leijonborg.

But for Lars Leijonborg and the People's Party, the proposal for language requirements was a success.

The party went from low opinion polls to gaining 13.4 percent in the election.

But not even when the coalition government came to power in 2006, the proposal was implemented.

- The debt should be well distributed in several places.

The opposition was also strong from our coalition partners in the Alliance.

So Morgan Johansson was not alone, says Lars Leijonborg.

He sees two reasons why the Social Democrats, and many other parties, have now changed their position on the issue.

- Every election strategist within S says that you have to take back LO voters from SD, so I think that SD's success is a background.

Then you have to say that the integration problems were big before, but they have become even bigger now, which may be a reason to think again, says Lars Leijonborg.