The Economic Community of West African States (ECOWAS) decided on Wednesday to sanction the perpetrators of the coup that overthrew President Alpha Condé. Financial assets of me ... 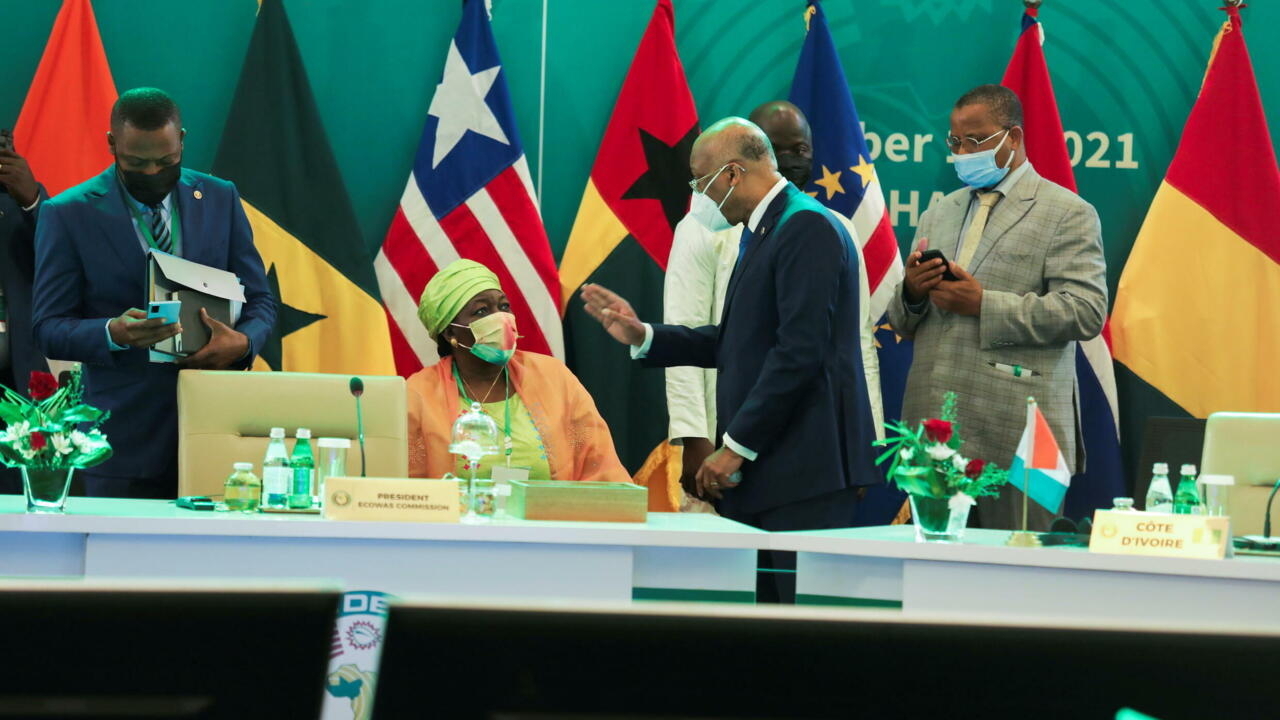 After suspending Guinea from their bodies, the fifteen member states of the Economic Community of West African States (ECOWAS) move on to economic measures on Thursday, September 16.

They will individually sanction the perpetrators of the putsch that overthrew President Alpha Condé on September 5.

West African leaders, meeting in Accra (Ghana), decided to freeze the financial assets of members of the military junta that took power and members of their families, and to impose travel bans on them. .

They "insisted that the (military) transition be very short," the president of the ECOWAS Commission, Jean-Claude Kassi Brou, told reporters.

It "should not last more than six months. In six months, there should be an election."

The West African organization had already suspended Guinea from its authorities last week and dispatched a mission to Conakry on September 10 which was able to meet the leader of the putschists, Lieutenant-Colonel Mamady Doumbouya, as well as Mr. Condé, 83, overthrown and arrested five days earlier.

The ECOWAS finds itself in a situation comparable to that which it experienced in neighboring Mali in August 2020. Following a putsch, it took essentially economic sanctions and suspended the country from the organization.

These sanctions were lifted following the commitment of the Malian military on the path of a transition of up to 18 months to return power to civilian leaders resulting from elections.

In addition to the Accra meeting, the third of the four days of national consultation convened at the People's Palace, seat of the dissolved Parliament, by the putschists, was held Thursday at the same time in Conakry, to define the "main lines of the transition", that a future "government of national unity" will be responsible for leading.

After political parties, religious leaders, representatives of civil society and foreign diplomats, the military met on Thursday with the bosses of mining companies, key players in this poor country full of natural resources.

The latter were reassured after their meeting with Mamady Doumbouya.

The exchanges were "promising", said on condition of anonymity an official for Guinea of ​​Rusal, a large Russian group specializing in aluminum.

Lieutenant-Colonel Doumbouya has so far said nothing about the possible content of this transition, its duration, what role the military would play in it, or how elections would be organized.