Chairman of the Church Council to increase turnout: "Increased presence in villages and towns"

On Sunday, it's time for church election. In the last election, about 19 percent of those eligible to vote participated. A turnout that Karin Perers, chair of the Church of Sweden's highest decision-making body, hopes to reach this year again - at the same time as she believes that more presence in more places would increase turnout. 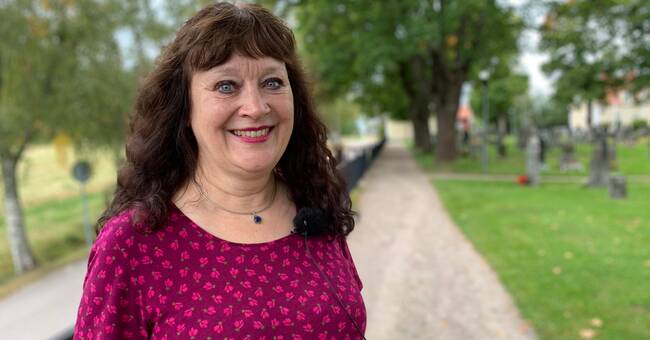 - What we could do to increase turnout is to show our presence in villages, towns and cities.

So that people understand that the church can mean a lot to everyone, says Karin Perers (C) from Avesta, chairman of the Church Council.

On Sunday, September 19, it is time for a church election.

The groups that stand in that election are called nomination groups and, according to the Church of Sweden, roughly correspond to parties in the general election.

Hear what Karin Perers' thoughts and hopes are about the turnout in the video.

News/Politics 2022-04-01T04:52:10.942Z
"Depopulating area" for the first time, more than half of the whole country, in 885 municipalities
News/Politics 2022-03-27T06:23:40.623Z
Fatah announces a "landslide" victory in municipal elections boycotted by Hamas
Business 2022-02-22T12:20:19.896Z
Official: Rural construction is based on the existing foundation, not blindly demolishing old villages and building new ones
ADS
Life/Entertain 2022-04-08T15:08:25.280Z
Visiting Yongtai Zhuangzhai, Fujian: "Super Dwellings" in the deep mountains are included in the World Architectural Heritage Observation List-Chinanews.com video
News/Politics 2022-03-05T16:17:56.871Z
Ukraine: Residents show their anger in cities controlled by the Russian army
Life/Entertain 2022-02-22T09:12:47.029Z
Tokyo Metropolitan Government to accelerate the third vaccination Effective use of Moderna Cooperate with municipalities
News/Politics 2022-02-04T11:43:45.584Z
Appearance on the BR Broadcasting Council: Prelate Lorenz Wolf apologizes
Life/Entertain 2022-02-20T07:18:04.271Z
Is the inoculation rate in Yokohama rising? Third vaccine The lowest in the ordinance-designated city
Business 2022-05-03T21:29:06.971Z
The employment of migrant workers is generally stable, and the average monthly income growth of migrant workers in the manufacturing industry is the fastest