Behind the barbed wire: how Latvia is trying to cope with the influx of migrants

The Latvian authorities spent almost € 500,000 on the purchase of barbed wire for a 37-kilometer fence on the border with Belarus, the construction of which is designed to resist illegal migration. As the state secretary of the Ministry of Internal Affairs of the republic Dmitry Trofimov said, now a search is underway for a company that will install the fence. In some parts of the country, there is an emergency regime under which the border service is allowed to use physical force to expel those who illegally crossed the border. In Brussels, the situation with migrants was called a "hybrid attack" of Belarus, and in Lithuania they expressed their conviction that Minsk is allegedly coordinating actions with Russia on this issue. Moscow emphasized that the Russian Federation has nothing to do with the situation with illegal immigrants in Europe. Experts also pay attention to the fact thatthat the reason for the crisis was the ill-considered policy of Brussels and the Baltic countries towards their neighbors. 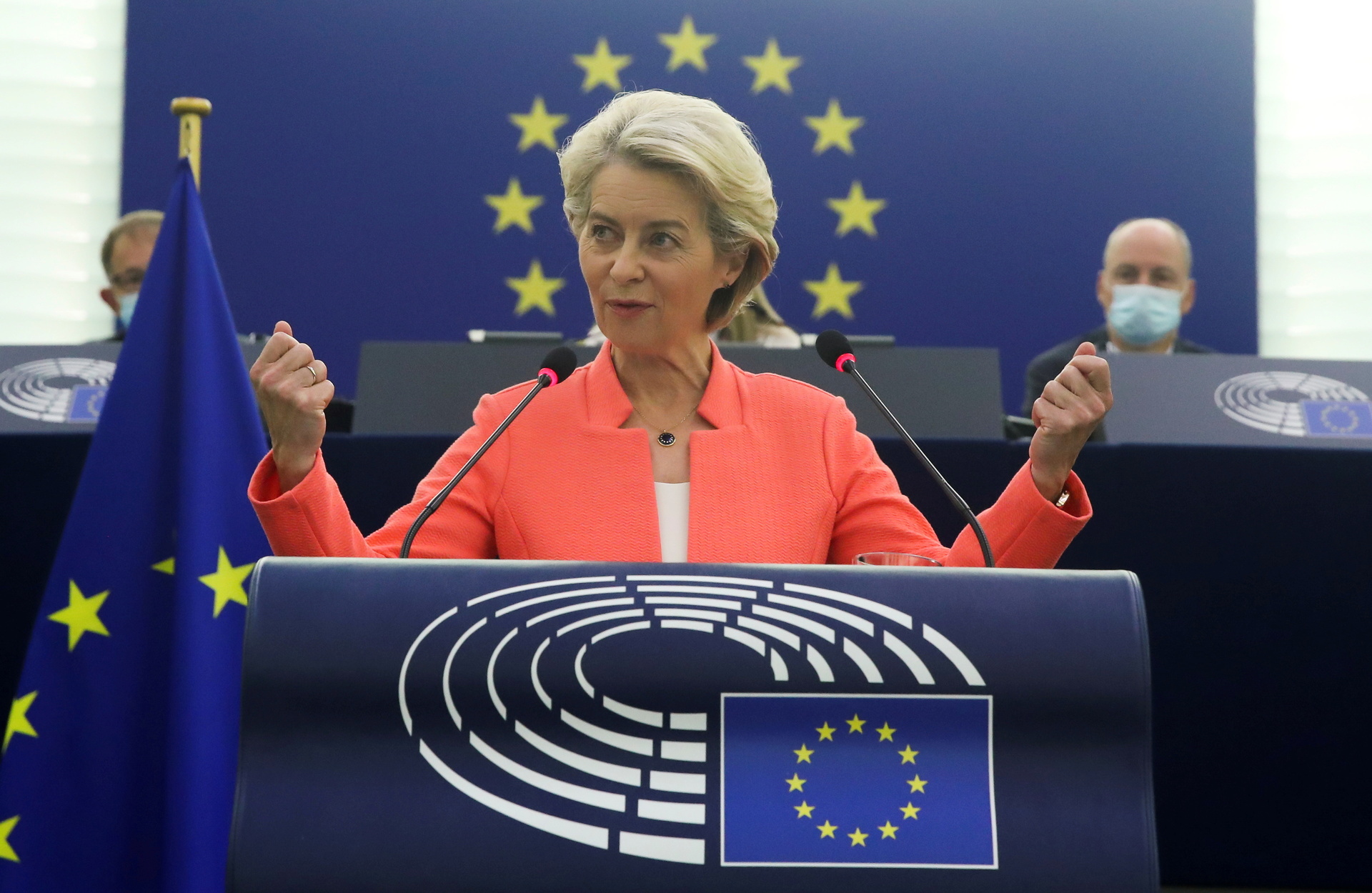 Latvia purchased barbed wire for € 488.4 thousand for the construction of a temporary 37-kilometer fence on the border with Belarus as a measure to combat illegal migrants.

This was announced by the portal of the Latvian Radio and Television (LSM).

As the state secretary of the Ministry of Internal Affairs of the republic Dmitry Trofimov said, now a search is underway for a company that will install the fence.

“There is a survey about the price of the installation.

Therefore, if, according to the results of the survey, the funding provided will not be enough, of course, we will inform the Cabinet of Ministers about this separately, ”LSM quotes Trofimov as saying.

Recall that on August 10, due to the influx of illegal immigrants in the republic, an emergency regime was introduced on the border with Belarus.

It will operate until November 10 in Ludza, Kraslava, Augshdaugava regions and the city of Daugavpils.

The armed forces and the police are involved to help the border guards.

Also, the State Border Guard is allowed to use physical force and special means to prevent the transfer of migrants to the territory of Latvia, as well as return those who illegally managed to cross the border back, for example, to Belarus.

In addition, asylum applications are not accepted throughout the emergency area.

According to the State Border Service, 1194 illegal migrants have not been allowed to enter the territory of Latvia since August 10.

Many politicians in Latvia are convinced that Belarus is allegedly behind the influx of migrants into the country.

On August 16, LTV7 channel quoted the statement of the country's Prime Minister Krisjanis Karins: “What is happening on the Latvian-Belarusian border is an active hybrid war that the Belarusian regime is waging against the EU - specifically against the Baltic countries and Poland”.

According to the head of the Cabinet of Ministers, citizens dissatisfied with life in their state should seek asylum "in the country where they arrived - that is, in Belarus."

The Minister of Internal Affairs of Latvia, Maria Golubeva, had previously completely denied migrants seeking to Lithuania the right to be called refugees.

“They are not real refugees, they are not victims of military conflicts or other situations where you need to flee and save lives.

Basically, these are people who bought a plane ticket in order to be in a certain place and cross the border, ”said Golubeva on the air of the Latvian radio.

The opinion that Belarus is conducting a "hybrid attack" on the EU countries was supported by the head of the European Commission, Ursula von der Leyen.

“Let's call a spade a spade: this is a hybrid attack aimed at destabilizing Europe, and we will not tolerate this,” she said in an address to the European Parliament on September 15.

She is convinced that Minsk uses migrants as a tool.

“They are put on airplanes and literally pushed to the European border.

You can't put up with it.

And the quick reaction of Europe confirms this.

In this regard, she pointed to the need to expedite the adoption of the pact on migration and asylum. The proposal provides for the general responsibility of the EU member states for the admission or deportation of migrants. They are invited to either accommodate refugees at home, or undertake obligations to send back those who have not received the right to stay in the territory of the European Union. Moreover, if the country was unable to deport the illegal within a certain period, then he remains on its territory, and the state receives compensation for this in the amount of € 10 thousand from the EU budget.

Last week, on September 8, the European Union Delegation in Belarus lodged a protest to the republic's foreign ministry.

According to the European External Action Service, the 50-fold increase in irregular border crossings "is not a reflection of the inability of the Belarusian authorities to comply with their obligations in the fight against illegal migration and human trafficking" and has no objective reasons.

“The EU condemns the use of migrants for political purposes and urges the Belarusian authorities to stop this practice.

Irregular migration cannot be a subject of bargaining, ”the office stressed.

On the same day, the head of Belarus, Alexander Lukashenko, submitted to the lower house of parliament a bill to suspend the agreement with the European Union on the readmission of illegal immigrants.

This procedure provides for the return of a person who illegally crossed the border to the territory from which he made the transition.

“In the near future, the corresponding obligations of our country will be frozen.

Such suspension is carried out by Belarus in accordance with international law.

The agreement stipulates that each party has the right to partially or completely temporarily suspend its operation by officially notifying the other party about it, ”the presidential press service said in a statement.

"Hand of the Kremlin"

Experts note that accusations of an increase in the number of illegal immigrants seeking to join the EU are being voiced against not only Minsk, but also Moscow.

In particular, the Minister of Defense of Poland Mariusz Blaschak accused Russia and Belarus of migration problems, calling it “a dirty game of Lukashenka and the Kremlin”.

His opinion is shared by the Prime Minister of Poland Mateusz Morawiecki, according to whom scenarios were written in Moscow and Minsk that threaten the independence of the republic.

The allegedly existing coordination of actions of the two countries on illegal immigrants was announced by the Minister of Defense of Lithuania Arvydas Anushauskas.

According to him, the migration crisis was caused by a "hybrid attack".

“We are convinced that from the very beginning Belarus coordinated its actions with Russia,” Anushauskas said at a meeting on regional security and defense with Baltic and Polish colleagues and foreign ministers of these countries.

He also called the current situation with illegal immigrants a "valuable lesson" both for the region and for the EU as a whole.

In Russia, such insinuations have been repeatedly refuted.

So, Vladimir Putin at a joint press conference with the head of Belarus Alexander Lukashenko on September 9 emphasized that Moscow has nothing to do with the migration crisis at European borders.

“My Western colleagues and European leaders of some countries urge me to take joint action, just referring to the fact that a crisis has arisen on the Belarusian-Lithuanian, Belarusian-Polish border.

I am asked to somehow influence this.

The answer is very simple: this does not concern us, this is not our border.

This is the border of the Republic of Belarus and the state border of Lithuania and Poland, ”the head of state said.

“Russia has nothing to do with it, this is a sovereign affair of Belarus and its neighbors,” Putin added.

Later, on September 15, Foreign Minister Sergei Lavrov said that Moscow was not going to be held responsible for possible migration crises caused by the actions of the West.

“We are not going to share the burden of responsibility for what was not only not supported by us, but what was condemned by us,” Lavrov told reporters following a joint meeting of foreign ministers, defense ministers and secretaries of the Security Councils of the Collective Security Treaty Organization.

In turn, Alexander Lukashenko accused the European Union of unwillingness to take responsibility for the fate of refugees from countries devastated by the West, who go to the EU for a better life.

“We didn’t call them, and they don’t come to us at all.

They go through us to the place (to the EU. -

) where they were called.

Take it, this is your problem ... And then, what do you demand from us?

You are introducing more and more new sanctions against us every day ... Should I, or the Belarusian people, defend them at the border?

They have curtailed all programs under the readmission agreement ... So now get the fruits of your policy, ”he said at a press conference following his talks with Putin.

According to experts, the desire of the Baltic countries and Poland to find those to blame for the influx of illegal immigrants among their eastern neighbors only indicates that these states cannot cope with the challenges themselves.

“Lithuania, Latvia and Poland are pursuing a Russophobic and anti-Belarusian policy, demonstrating the falsity of the principles that they constantly declare.

Such a policy testifies to the fact that these states are failed, they are unable and in general are afraid to respond to the migration challenge.

Instead of finding a solution to the problem, they are trying to get away, hide from it, "Vladimir Shapovalov, deputy director of the Institute of History and Politics at Moscow State Pedagogical University, explained in an interview with RT.

According to him, Latvia's intention to install a fence will not have a significant effect, since this measure is temporary.

“This money would be better spent on social projects, the development of cross-border cooperation with Belarus, and not on looking at neighboring states through barbed wire,” the analyst said.

This point of view is shared by Oleg Nemensky, a leading researcher at the Russian Institute for Strategic Studies.

In a conversation with RT, he emphasized that by supporting the campaign to reject Lukashenko as a legitimate president, the Baltic countries and Poland have deprived themselves of the opportunity to establish a constructive dialogue with Minsk on the migration issue.

This is a long-standing feature of political regimes in the Baltic countries, because they pursue a course that often hurts themselves, while their ideological and associated with positioning in the Western community all the time outweigh the calculations of specific benefits in relations with neighbors, ”explained Nemensky.

He also expressed the opinion that without the direct participation of Belarus, the tense situation with migrants the EU countries are unlikely to be able to resolve.

“Barbed wire is not a serious obstacle, but to a greater extent an image event designed to calm down its own population, to demonstrate that the government is doing at least something,” the expert noted.

In turn, Vladimir Shapovalov said that the European Union, after he can appeal directly to Minsk without threats and accusations, can try to take as a model for solving the problem the scenario implemented in the mid-2010s in Turkey, which resettled refugees from Syria for grants from Brussels.

“I am sure that if Belarus sees positive signals from the EU, feels that the policy towards it has changed, then there will be a solution to this problem. Moreover, the EU already has experience of dialogue with Turkey. On the whole, this precedent allows us to hope that sooner or later the EU will move from a hybrid war against Belarus to an understanding that Minsk is an eastern neighbor that should not be fought with, ”Shapovalov summed up.