The Special Tribunal for Kosovo opened its first trial on Wednesday (September 15th) in The Hague, the Netherlands. Salih Mustafa, a former separatist commander of the Kosovo Liberation Army (KLA), is ... 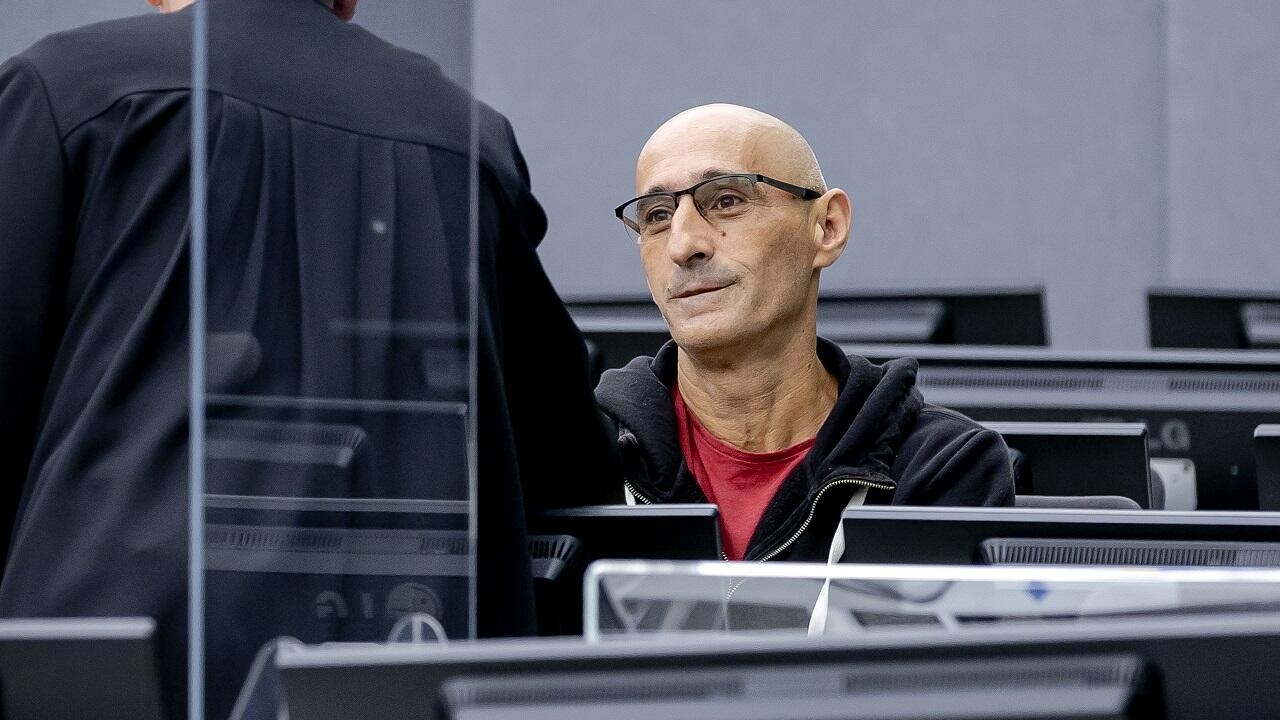 Salih Mustafa, ex-commander of the Kosovo Liberation Army, on September 15, 2021 in The Hague (Netherlands) in front of the Special Tribunal for Kosovo.

The Special Tribunal for Kosovo opened its first trial on Wednesday (September 15th) in The Hague, the Netherlands.

Salih Mustafa, a former separatist commander of the Kosovo Liberation Army (KLA), is accused of war crimes committed 22 years ago.

", pleaded Salih Mustafa at the opening of his trial on Wednesday September 15th.

Red pants and black hooded sweatshirt, the defendant's provocations prompted a pale warning from the president.

Arrested in Pristina in September 2020

, this former commander of the Kosovo Liberation Army is being prosecuted for war crimes committed at the height of the war (1998-1999) between the independence guerrillas and the Serbian forces of

Detained under his orders in the village of Zlash, east of Pristina, Kosovar Albanians, considered traitors and some accused of collaborating with Serbian forces, were allegedly beaten, tortured and murdered, the prosecution claims.

Not the independence trial

creation of the Tribunal

was inspired by Kosovar voices

," said Attorney General Jack Smith, in the first minutes of the trial, while in Pristina, former members of the KLA in particular deny it any legitimacy.

Created by the European Union in 2015, the Special Court was then validated, reluctantly, by the Kosovar parliament.

The Assembly, by this action, spoke on behalf of the Kosovar people

Faced with international judges, the prosecutor clarified the nature of the trial.

He does not question the independence of Kosovo, he said, before pointing out his detractors: “

They say that this trial is against Kosovo and its people.

But this lawsuit is about the deep contempt for human life, dignity and freedom.

for a large number of victims,

it is the last chance to obtain justice

Because this is not the first attempt to try the perpetrators of crimes committed during this war. Created in 1993, the International Criminal Tribunal for the former Yugoslavia (ICTY) has taken a close look at the war in Kosovo and its 13,000 dead. Six Kosovar officials appeared, but with the exception of a second knife, all were acquitted following severe pressure on witnesses. According to the prosecutor, this atmosphere of intimidation continues to exist today, and Jack Smith urged the judges "

It was a simple paragraph, published in the memorials of ICTY prosecutor Carla del Ponte, in 2008, which triggered the creation of this new court. The Swiss then claims that organs were taken from prisoners, operated in "

" near the village of Burrel, in Albania. Then mandated by the Council of Europe, Swiss Senator Dick Marty had, after investigation, confirmed the facts in 2011, leading to the creation of this special tribunal.

Since autumn 2020, several former KLA officials have been detained in The Hague,

, forced to resign from the presidency of Kosovo to answer the charges.

During one of the hearings, his lawyers underlined the absence of reference, in the file, to organ trafficking.

The case opened against Salih Mustafa does not bear any traces of it.