The demand from the Green Party in Luleå: No fossil-powered cars in four years

The Green Party wants to stop the sale of new fossil-fueled cars in 2025. Five years later, it wants to put a stop to the sale of petrol and diesel. - We have a climate crisis and then we have to stop buying cars that emit carbon dioxide, says Annika Eriksson, chairman of the Green Party in Luleå. 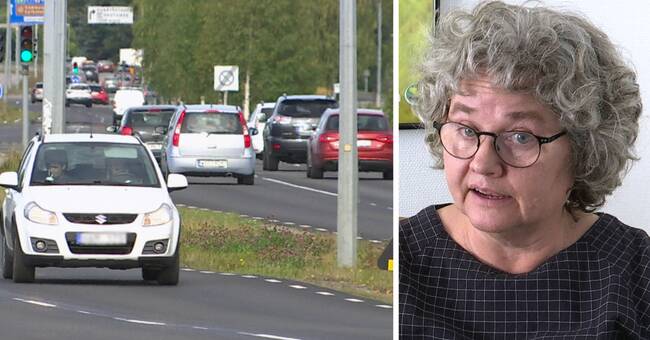 Annika Eriksson says that it is above all heavy transport that accounts for the large emissions in Sweden.

And that is why the Green Party wants to stop buying new cars that run on petrol and diesel.

- But you will still be able to drive the cars you have, she says.

Believe that electricity should be enough for everyone

The question then is whether the electricity is sufficient for all electric cars and for the steel and mining industry, which is switching to fossil-free production that requires large amounts of electricity.

- We think it will do that.

We are converting to renewable electricity on a very large scale, not least with offshore wind power.

And then we are connected with other countries, so when it blows a little here or in Skåne, you can import electricity from, for example, Denmark, which has a lot of wind power, says Annika Eriksson.

Wants to ban petrol and diesel

The Left Party also wants to see a stop to new fossil-powered cars in 2025. However, the Green Party wants to take another step towards fossil-free on our roads by banning the sale of petrol and diesel as early as 2030.

The Green Party also expects to be able to control goods from road to railway when major investments are made in railway traffic, including the acceleration of the Norrbotnia line's section Skellefteå-Luleå.

"Not technology is the problem"

Annika Eriksson points out that a transition to fossil-free is taking place all over the world and takes the car industry as an example.

Several of the world's largest car manufacturers are in the process of switching to building only electric cars.

- It is not technology that is the problem.

I understand that people who, for example, live in the countryside and are dependent on a car can not afford to buy an electric car that costs 600-700,000 kronor, she says and continues:

- But there are cheaper electric cars and there will be fuels to drive with until it is time to buy a new one that can be a used electric car.

Read more: This is how the parliamentary parties like to phase out fossil fuels