Now the People's Park in Motala is being demolished

On Wednesday, the demolition of Folkets park in Motala began. The purpose of the demolition is to free up space for tourism-oriented activities and visitor accommodation in the area. 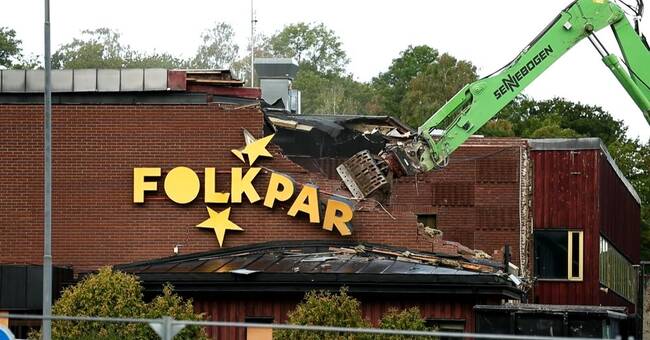 Folkets park in Motala has stood in the Marieberg district since 1976 and in July last year, the demolition permit for Folkets park became final.

As early as 2014, the municipality acquired Folkets Park, Motalabadet from Folkets hus- och parkföreningen - with the aim of gaining control of the Varamon area and creating opportunities for establishments in the hospitality industry.

The Danish company Lalandia's holiday concept is currently being tested in the delta plan process on site.

The work with the demolition is expected to be completed by the end of October according to Motala municipality.

- We make sure that the work starts. There are a lot of problems with people entering the area and there has been damage in and around the buildings, said Dennis Åman, project manager in an earlier press release.