Italy is expected to introduce vaccine requirements to go to work

Italy will introduce vaccination requirements to go to work. Without a "Green Pass", no one will be allowed to work or receive a salary. Those who refuse risk losing their jobs. 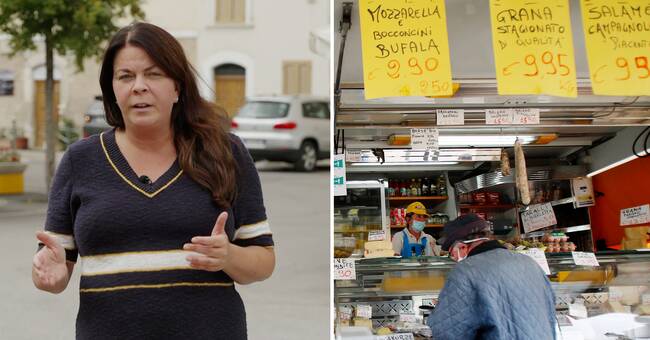 The Italian government has begged and prayed for more covid vaccinations.

Now patience is running out as autumn approaches, more and more people become ill and the death toll for many days is 70 dead in one day.

"You can not talk about personal freedom when you risk other people's lives with your behavior," said Prime Minister Mario Draghi recently.

Italy has already introduced requirements for the so-called Green Pass for people to eat at restaurants, go to gyms, bars, libraries, museums, travel by train and much more.

Staff in the school and health care already have a requirement to be vaccinated to get a job.

From 4 October, there will also be the same requirements for all staff in authorities, municipalities and a number of other areas.

But it is still not considered enough.

- We are on the way to mandatory vaccine also for all private employees and private companies, says Minister of Trade Mariastella Gelmini to Italian media.

Most people in intensive care are unvaccinated

Of the patients in the country's intensive care units, between 80 and 90 percent are reported to be unvaccinated.

But almost 10 million have not yet been vaccinated - as many as the entire population of Sweden.

The government is most concerned that close to four million people over the age of 50, ie those who are most at risk, have not yet been vaccinated.

Therefore, it is believed that coercion is the only way to go.

- We can not and should not have a third winter with shutdowns, says Prime Minister Draghi.

Too expensive with shutdown

The economic, social and psychological consequences of a new lockdown and severe restrictions are judged to be too costly.

Those who do not have a Green Pass for vaccines must present a new covid test every day at work, which the government hopes will be too expensive and cumbersome for people to choose that alternative. Those who cannot work do not receive a salary and also risk losing their jobs. The proposal is provoking protests, but opinion polls show that around 80 percent of Italians are in favor of it. Ten different vaccines, including against several childhood diseases, are already mandatory in the country.