Inside and outside the stadium, Xi Jinping's "National Games" in the eyes

(A closer look at China) Inside and outside the arena, Xi Jinping's "National Games" in the eyes of   China news agency, Beijing, September 15 - Title: inside and outside the stadium, Xi Jinping eyes of the "people the whole operation."   Author Zhong Sanping   From the Tokyo Olympics to the Shaanxi National Games, summer to autumn, the enthusiasm for sports in China continues. The opening cere 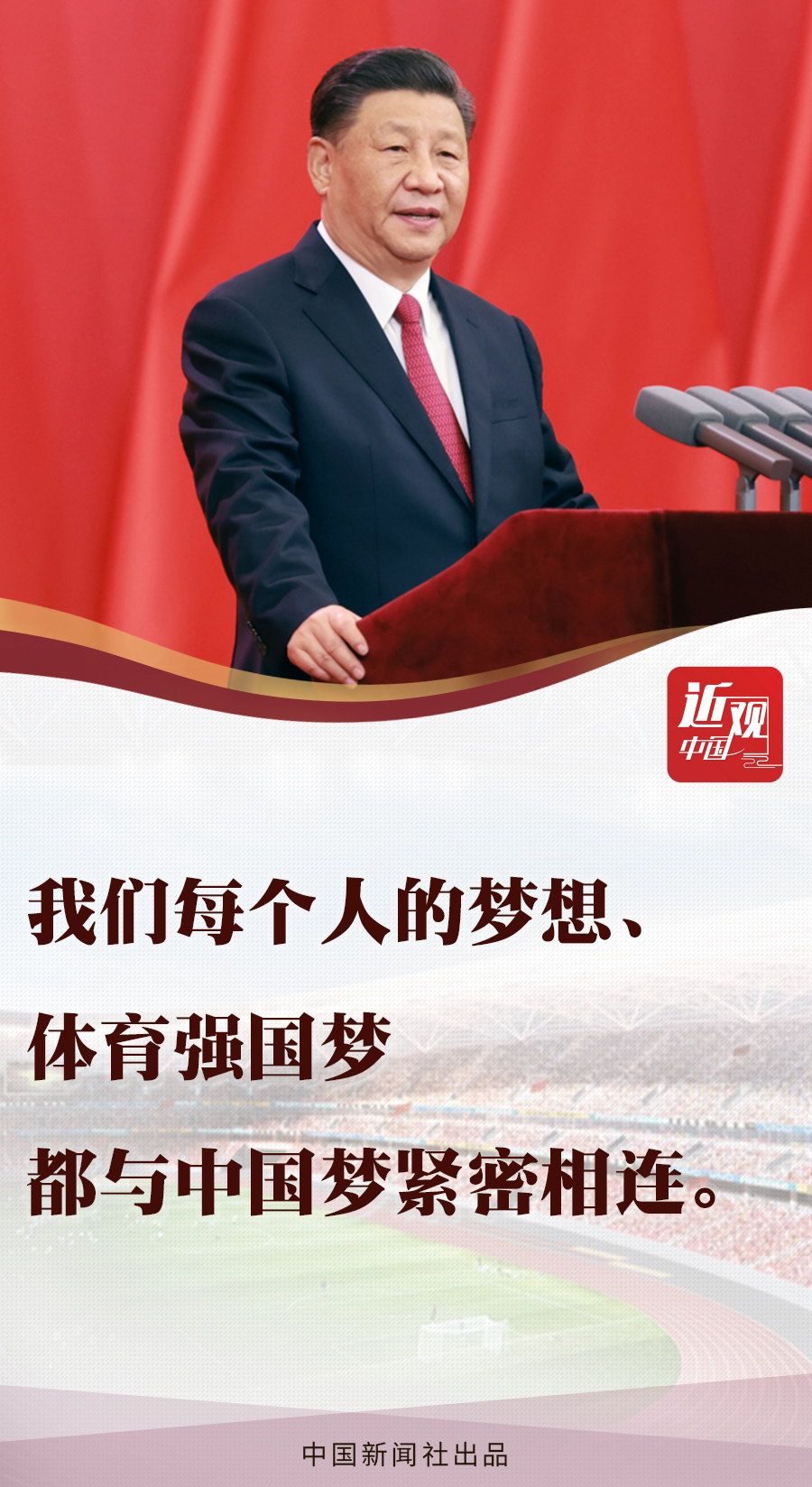 (A closer look at China) Inside and outside the arena, Xi Jinping's "National Games" in the eyes of

Title: inside and outside the stadium, Xi Jinping eyes of the "people the whole operation."

From the Tokyo Olympics to the Shaanxi National Games, summer to autumn, the enthusiasm for sports in China continues.

This is the third time Xi Jinping has attended the opening ceremony of this comprehensive sports event at the highest level in China.

As a veteran "sports fan", Xi Jinping has also visited athletes at major sports events such as the Nanjing Youth Olympic Games and the Sochi Winter Olympics, cheering for them and supporting Beijing's bid for the Winter Olympics as an "Olympic Bid Ambassador". He loves swimming and football, and has always maintained exercise habits.

As the top leader of China, Xi Jinping has always loved and paid attention to sports.

Su Bingtian’s astonishing 9.83 seconds, Gong Lijiao defeated injury in the four games and finally realized the dream of Olympic champion. The Chinese women’s relay made history in the 4×100m final... This summer, the Chinese Olympic athletes used their sweat and achievements to interpret "life". The spirit of struggling to have a few fights also reflects the competitive sports concept that Xi Jinping has always advocated of "the hero is not judged by victory or defeat."

Xi Jinping has said many times that those who have won gold medals deserve respect and praise.

At the same time, as long as you have the courage to defeat yourself and surpass yourself, even if you do not get a gold medal, it is equally worthy of respect and praise.

The outside world believes that the competitive sports concept and sports spirit emphasized by Xi Jinping are also a manifestation of the Chinese spirit and national character.

Historically, a poor and weak China has been labelled the "sick man of East Asia".

After several generations of unremitting efforts, China won the first Olympic gold medal of New China in 1984 and achieved a zero breakthrough. In 2008, it successfully hosted the Beijing Olympics to realize the Chinese nation’s century-old Olympic dream. In 2021, the Tokyo Olympics sent the largest delegation in the history of overseas participation. , To tie the best overseas results.

The excellent performance in the sports arena is also the epitome of the overall development of China's sports. These key nodes not only witness China's process of becoming a sports power, but it also becomes a significant sign of China's standing up, getting rich and strong.

"Sports carries the dream of national prosperity and national rejuvenation. If sports are strong, China will be strong, and national sports will flourish." As China's top leader, Xi Jinping has elevated the dream of sports power to a position closely related to the Chinese dream and integrated sports. Plan for the realization of the "two centenary" goals in the overall pattern.

In 2016, China formulated the "Healthy China 2030" Planning Outline. In 2017, the 19th National Congress of the Communist Party of China proposed "widely carry out national fitness activities and accelerate the construction of a sports power". In 2021, the "National Fitness Program (2021-2025)" was officially issued …Under the promotion of Xi Jinping, China has elevated the national fitness program to a national strategy, and promoted the deep integration of national fitness and national health.

At the symposium of representatives of experts in the field of education, culture, health and sports held in September 2020, Xi Jinping also summarized the new connotations of sports in the new era with "four important", in particular, it was emphasized that sports is an important way to improve people's health. An important means to satisfy the people's yearning for a better life and promote the all-round development of people.

Data map: The Guangzhou Marathon was shot at the Tianhe Sports Center in Guangzhou, and 30,000 Chinese and foreign runners participated.

It is not difficult to find that "people" have a more prominent position among them, just like the theme slogan of this National Games-"National Games, Walk Together".

In a word, sports is for the people.

In today's China, from dancing in the community square to the people running at night in the city, sports have already stepped out of the arena, and the "dream" has become an indispensable way of life for hundreds of millions of people.

"Health is 1, and the rest is 0 at the back. There is no 1, and no more 0s are meaningless." Today, when the new coronary pneumonia is still raging around the world, Xi Jinping's words are particularly deep.

It was also during this special period that China held the National Games as scheduled and carefully planned for the Winter Olympics. In addition to renewing its trust and fulfilling its promises, it also demonstrated its unremitting pursuit of mass sports, national fitness, and national health.

As Xi Jinping said: Every one of us’s dreams and the dream of becoming a powerful country in sports are closely linked to the Chinese dream.