Apple yesterday unveiled the iPhone 13 and other new devices. However, according to the analyst, the company's long-term outlook does not look good. 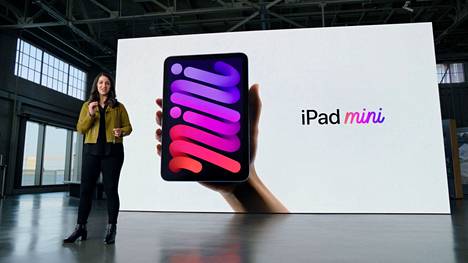 The upgrades were moderate, and were mostly faster processors, better cameras, and more battery life.

Better equipped with screens and cameras, the Pro models got displays capable of a refresh rate of 120 Hz, as well as a new A15 processor.

There are three cameras and they are capable of triple optical zoom at best.

You can save as much as terabytes of storage space.

The basic iPhones also got an A15 processor, in addition to which they are IP68-level water and dust resistant.

However, the processors are not quite as efficient as the Pro series.

The iPad Mini is the biggest surprise of the occasion.

On the tablet side, the new iPad and iPad Mini were seen.

The previous one is a light upgrade that has increased the resolution of the front camera and replaced the processor with an Apple A13 chip two years ago.

The iPad Mini, on the other hand, underwent major innovations: it has been redesigned, with a larger 8.3-inch (previously 7.9 ”) screen, a USB port, and significantly more performance.

A 5g model will also be released later.

Prices for the mini-tablet versions range from 569 euros to 909 euros.

Their screens are larger than before with shrunk edges, in addition to which they are promised to be more durable and dustproof.

Charging power has also been increased.

Analysts ’reactions to the announcements were mixed.

Richard Windsor, an analyst at Radio Free Mobile, a research firm, said Apple did not take risks in the release, but there will be plenty in the future.

“The products received only minimal improvements, which I don’t think will make customers renew their one-year-old or even two-year-old equipment in a hurry,” Windsor writes.

However, he saw that Apple was in great danger in the future.

It relates to the post-smartphone era, when wearable devices or other technology are believed to take the place of phones.

- No risks were taken, but the updates kept Apple involved in the flagship race.

This mindset will destroy the company when a major shift away from smartphones occurs.

Apple is not afraid to risk its current business to focus on the new and is therefore in danger of experiencing Nokia’s fate.

According to Windsor, the “great leader” could prevent this, but he describes Apple’s current CEO Tim Cook as “the caretaker who followed Steve Jobs”.

The placement of the iPhone 13’s cameras has changed, as evidenced by Kaiann Drance’s presentation of the phones.

Apple also said it will begin distributing a new version of the iOS15 operating system on September 20th.

This is also available to owners of older iPhones.

It is marketed by Apple with, among other things, synchronized video and music streams that can be viewed with friends on FaceTime.

The reforms also include the surround sound of phones.

The new shared with you feature makes sharing content easier.

For example, when a user is given a bundle of images, it will immediately appear in the image application, and there is no need to switch to the messaging application to reply.

With the update, there will also be new memos, ie animated emojis tailored to the user.

The phone can also be placed in focus mode, where the contacts can see the user, for example, driving or exercising.

The camera can also recognize and translate text in photos, or even call a phone number on a sign.

There has also been an important reform on the privacy side: the phone can tell you how applications use the access rights they request and what external online services they are connected to.