Today, Wednesday, some details of the mass escape of six Palestinian detainees from an Israeli prison were revealed last week, after lawyers were able to visit three of those who were re-arrested a few days ago. 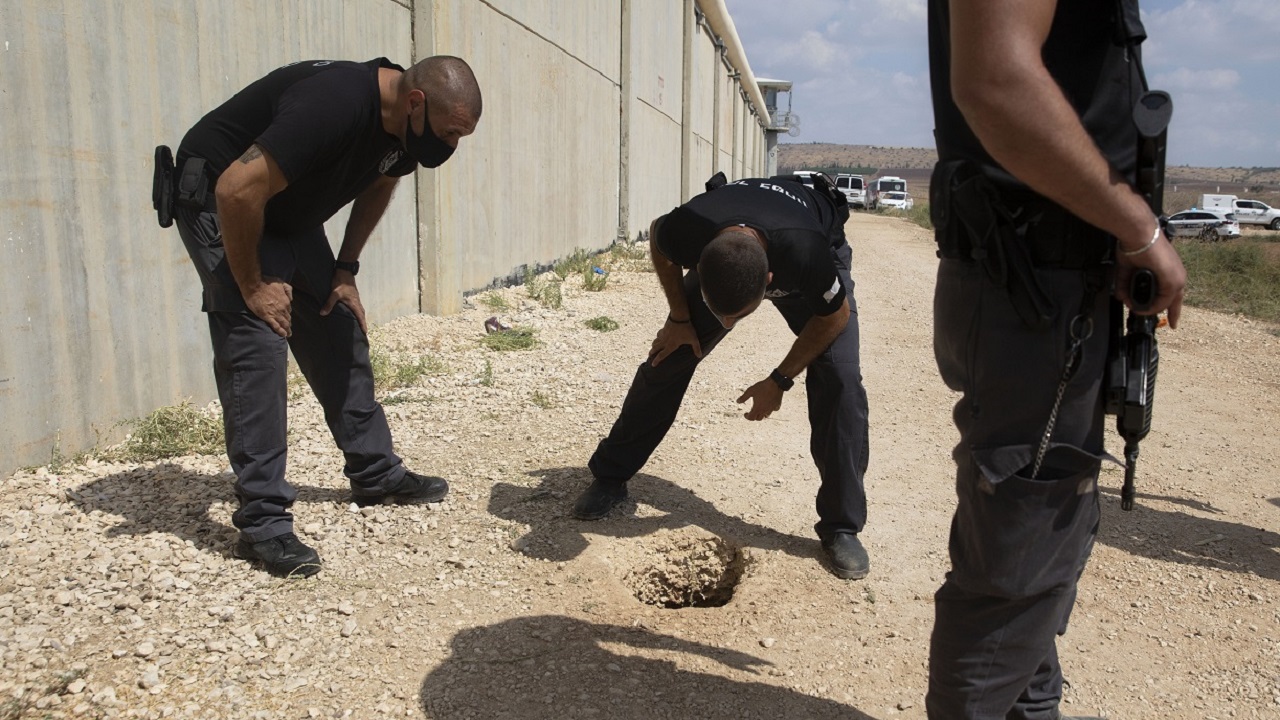 Today, Wednesday, some details of the mass escape of six Palestinian detainees from an Israeli prison were revealed last week, after lawyers were able to visit three of those who were re-arrested a few days ago.

Large security forces and the Israeli army participated in extensive search and chase operations that lasted for five days, during which they succeeded in re-arresting four of the six, five of whom belong to the "Islamic Jihad" movement, and the sixth to Fatah, who succeeded in escaping from the high-security Gilboa prison.

A statement by the (Prisoners and Ex-Prisoners Affairs) Committee of the Palestine Liberation Organization, whose lawyer, Raslan Mahajna, was able after midnight last night to meet Mahmoud Al-Ardah, one of the participants in the escape operation, who some describe as the engineer of the tunnel, said that he and his companions began digging the tunnel in December of last year. .

In the statement, Mahajneh quoted Al-Ardah as saying: "There was no help from other prisoners inside the prison, and I am primarily responsible for planning and implementing this operation."

Al-Ardah, 46, who has been imprisoned since 1996 and sentenced to life imprisonment, adds: "During the escape, we had a small radio and we were watching what was happening outside."

The model reviewed, according to the statement, the stages of the escape process, saying: "We tried as much as possible not to enter the Palestinian villages in the 48 areas so as not to expose anyone to accountability."

He added: "We were the six prisoners together until we reached the village of Naoura and entered the mosque, and from there we dispersed every two. We tried to enter the West Bank areas, but there were great security reinforcements and strictures."

He continued: "We were arrested (with his colleague Yaqoub Qadri) by chance, and no one from Nazareth reported us, as a police patrol passed and when she saw us, she stopped and was arrested."

He said, "I reassure my mother about my health, and my spirits are high, and I salute my sister in Gaza," describing what happened as a "great achievement" despite the arrest of him and three of his colleagues, while the Israeli security forces continue to search for the remaining two.

The Commission for Prisoners and Ex-Prisoners Affairs said that the lawyer, "Avigdor Feldman, was able this afternoon to visit the prisoner Zakaria Al-Zubaidi in Al-Jalama detention center."

And she added in a statement: "It was found that the prisoner Al-Zubaidi was beaten and abused during the process of his arrest with the prisoner Muhammad Al-Ardah, which led to him having a broken jaw and two broken ribs," and "he was transferred to an Israeli hospital and given painkillers only after the arrest."

And Fleidman quoted Al-Zubaidi, 45, who has been detained since 2019, saying, "During the four days in which they were liberated, they did not ask anyone for help, in order to protect the Palestinian people from any Israeli consequences or sanctions against them."

He continued, "We did not drink water during our liberation, and we ate the fruits we found in the orchards."