"Getting C and V together will be Andersson's big challenge"

With one year left until the election, the lines of conflict in Swedish politics are becoming increasingly clear - as are the two government alternatives. On the one hand the parties united by the will to change government and on the other those who have a common interest in keeping SD out of government influence. But the new blocs are also characterized by divisions on issues that pave the way for a messy term of office, regardless of who is allowed to form a government. 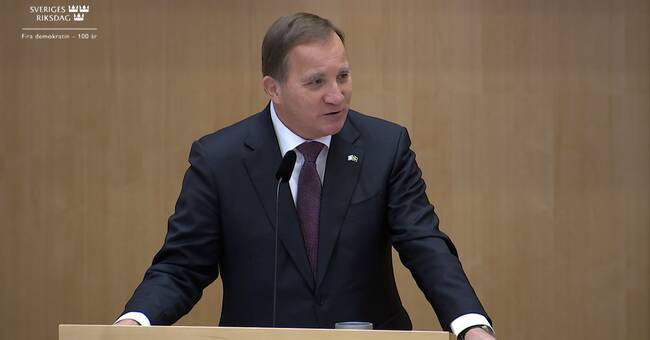 Stefan Löfven's (S) last party leader debate became an opportunity for the opposition to draw up accounts of his seven years as prime minister.

And it was rejected from both the right and the left.

Nooshi Dadgostar (V), who has seen his party increase in voter support thanks to the tough line against the Social Democrats, spoke in harsh terms about a government that leaves behind mass unemployment, lousy pensions and the Wild West in the free school system.

Equally painful was the assessment from the right, where gang crime was always in focus.

Jimmie Åkesson (SD) and Ulf Kristetsson (M) painted a very dark picture of the situation in the country with escalating fatal shootings and paralyzing insecurity in the streets and squares.

Ideal for a hot debate, but that did not happen.

Instead, the usual unveiling took place where those who had just sawn Löfven's time in power suddenly praised him as a person.

Possibly a bit confusing for the TV viewers who followed the debate, but a welcome reminder that even our elected representatives in the middle of a debate, can differentiate between thing and person.

Stefan Löfven (S) himself chose to use his last parliamentary debate to clarify which conflict he wants to be at the center of next year's election.

In his introductory speech, he once again portrayed the Sweden Democrats as a threat to democracy and attacked the parties that have opened up for cooperation.

- It is between increasing cohesion, community and security or opening a door for forces that threaten what we love about Sweden, the Prime Minister stated.

SD opposition holds the government base together

An unusually high pitch that is probably intended to pave the way for his successor, who by all accounts will be Magdalena Andersson (S).

The opposition to SD is the glue that holds the government base together, the one that will ultimately make the Center Party accept a collaboration with the Left Party.

Already this autumn, the government needs the support of both these parties to get its budget through.

Then it is important to make the conflict about values.

Not about the economic policy where the intended co-operation parties are on opposite sides.

When Nooshi Dadgostar (V) outlines the Left Party's demands for the budget, it is politics that go completely against the alliance's so-called line of work that the Center Party continues to set high.

A similar conflict exists on the right half of the plan.

And in their forthcoming budget motion, a massive investment in pensions is promised.

Jimmie Åkesson's (SD) message to Ulf Kristersson (M) was clear - only the government-former who wants to strengthen pensions will receive the party's support.

How the Moderates will handle that ultimatum is written in the stars, but it may increase the chances that the pension issue will end up higher on the agenda before the election.

May end with government crisis

Another conflict that became clear during today's debate was beach protection and property rights in the forest.

There, it is MP and C who are on opposite sides and without a solution where both parties can live with, the government's already shaky budget journey can end with a government crisis.