The Firefighters of the Madrid City Council and Samur-Civil Protection this Monday saved the life of a 13-month-old baby who was drowning with the cap of a plastic bottle and ... 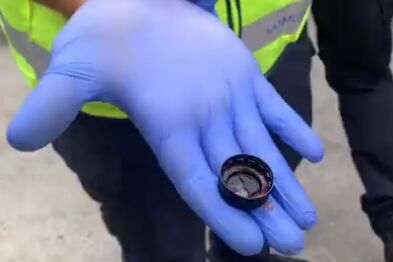 The Firefighters of the Madrid City Council and Samur-Civil Protection have saved the life of a 13-month-old baby who drowned with the cap of a plastic bottle and was trapped with her family in an elevator, as reported by Emergencies Madrid.

The event occurred at number 11 of the Boadilla Highway, in the Camp area, and the firefighters came to this notice because

When they opened the elevator, firefighters found the father, mother and a 13-month-old baby who had a slow heart rate and agonizing breathing.

The firefighters themselves carried out the first maneuvers by placing the baby in a safe position and supplying her with oxygen.

Later, the health workers of Samur-Civil Protection managed to extract the cap from a plastic bottle of Coca-Cola in the ambulance, in a very difficult process.

Once the baby was stabilized, she was transferred to the Hospital 12 de Octubre, where they

will carry out tests to find out her condition

The National Police and the Municipal Police of Madrid have also collaborated in this intervention.

Event: A dead man and a serious woman in a shooting that occurred in Salamanca