Director of the Center for Military and Political Studies of MGIMO Alexei Podberezkin and military expert Alexei Leonkov, in an interview with RT, commented on the statement of the Deputy Chairman of the Committee of Chiefs of Staff (CSH) of the US Armed Forces, General John Hayten, that in the event of a war between the United States and Russia and China, the world will face devastating consequences. 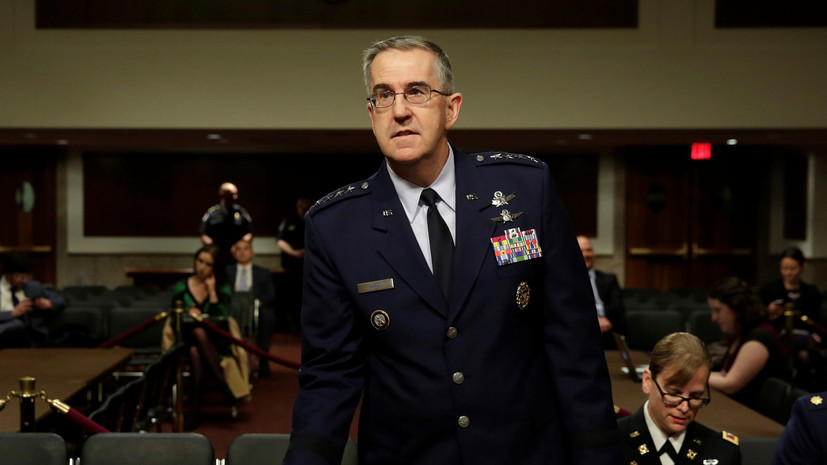 According to Podberezkin, this is not a new statement, since Americans regularly conduct this kind of research.

“I have met such as early as the middle of the last decade, which were conducted by the RAND Corporation and other organizations.

In any case, these consequences (of the confrontation -

) were catastrophic even then, "Podberezkin explained.

In turn, Leonkov noted that in the doctrinal documents of the United States and NATO, Russia and China were designated as military opponents.

At the same time, according to him, Hayten's statement can be regarded as a kind of conclusion, according to which, if we continue to “talk from a position of strength,” then Russia and China will only get closer.

“I think they decided to cool off the ardor ... The Americans before the meeting between Putin and Biden were on other positions: if something happened - a nuclear war, a preemptive strike, but after the meeting, Biden supports this position that there will be no winners in the Third World War ", - concluded the interlocutor of RT.

Hayten had previously said that in the event of a war between the United States and Russia and China, the world would face devastating consequences.

According to him, certain successes are visible in the dialogue between Russia and the United States on strategic stability, since both sides understand the situation.

The general stressed that the same negotiations should be conducted with the Chinese authorities at the level of defense and foreign policy departments.