Haitian President Jovenel Moïse was assassinated in his home in July this year. The country's chief prosecutor now wants Prime Minister Ariel Henry to be prosecuted for involvement in the assassination of the president, the news agency AP reports. 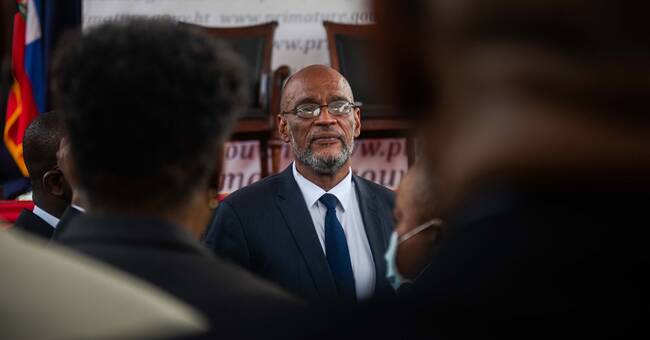 It was in July this year that several men attacked President Jovenel Moïse in his home.

His wife was also injured, but her life could be saved in hospital.

The country's chief prosecutor now wants Prime Minister Ariel Henry to be prosecuted for involvement in the assassination of the president.

The message comes after the chief prosecutor asked Henry to come in and explain why one of the main suspects called the prime minister twice, just hours after the July 7 murder.

"There is enough compromising material to prosecute Henry," Chief Prosecutor Bed-Ford Claude reportedly wrote in a letter to Judge Garry Orelien overseeing the investigation into the murder.

In addition, the suspect must have been in the vicinity of Moïse's home at the time.

44 people have been arrested after the murder.

Several of them were killed in connection with the arrest.

Haiti faced major political, economic and security problems even before the assassination of the president.