East-West Question丨Yang Yuguang: How does the Chinese characteristic spaceflight road interact with the world?

(Question from East and West) Yang Yuguang: How does the path of aerospace with Chinese characteristics interact with the world?   China News Service, Beijing, September 14th. Title: Yang Yuguang: How does the Chinese characteristic space road interact with the world?   Author Guo Chaokai Ma Shuaisha   The Shenzhou 12 astronaut crew plans to return to the Dongfeng landing site in mid-September. 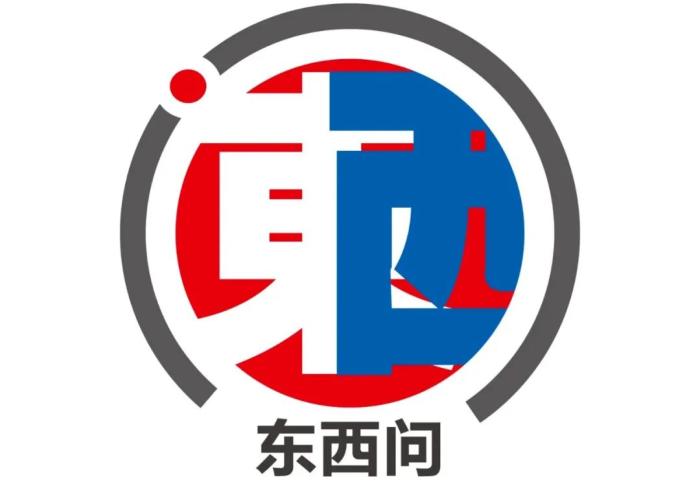 (Question from East and West) Yang Yuguang: How does the path of aerospace with Chinese characteristics interact with the world?

The Shenzhou 12 astronaut crew plans to return to the Dongfeng landing site in mid-September.

Since the "space business trip", from work and scientific research to exercise and leisure, the space travel of the three astronauts Nie Haisheng, Liu Boming and Tang Hongbo has received continuous attention and aroused great public interest.

Some foreign astronauts are also learning Chinese, hoping to join the "space house" built by the Chinese in the future.

Over the years, from "Chang'e" to the moon, "Beidou" to guide the way, to "Tianwen" Mars, "Tiangong" Range Rover... China Aerospace has embarked on a unique path.

How do you view China's spaceflight entering the "space station era"?

Where is the "special" of the Chinese characteristic space road?

How will China Aerospace interact better with the world in the future?

The picture shows the launch of the Long March 2 F-Yao-12 carrier rocket.

The transcript of the interview is as follows:

China News Agency reporter: During the three astronauts staying in space, we noticed that the operation interface of the Chinese space station was in Chinese.

People seem to be accustomed to seeing space station scenes with English and Russian interfaces in science fiction film and television dramas and documentaries. The Chinese interface makes people feel quite interesting.

Why does the China Space Station use Chinese as its first language?

From a historical perspective, if countries build space stations independently, the operation interface generally prefers to use their own language.

The International Space Station is the first multi-national space station built by mankind. The English interface is more convenient for astronauts from all countries.

From the perspective of the life cycle of the space station, whether astronauts can handle failures and emergencies in a timely manner is an important factor affecting the operation of the entire space station and the safety of the crew.

The use of a Chinese interface does not mean that we exclude astronauts from other countries from participating in or visiting the Chinese space station.

Since the U.S. space shuttle was retired in 2011, the ISS crew can only enter space on the Russian Soyuz spacecraft, so the astronaut crew must learn Russian.

There are also many astronauts abroad who can speak Chinese or are willing to learn Chinese for participating in the Chinese space station.

Reporter from China News Service: From the perspective of China's aerospace development, where do you think is the “speciality” of the aerospace path with Chinese characteristics?

What are the similarities and differences with the aerospace path taken by major western developed countries?

Compared with the major developed countries in the West, the core point of the path of aerospace with Chinese characteristics is to always develop the aerospace industry based on comprehensive national strength and actual needs.

China’s annual launch times are in line with its national strength, and the selected development areas are also “doing” and “not doing”. For example, as of now, China’s officially announced Mars exploration plan only includes the Tianwen-1 mission and the Mars sampling return mission. In line with our characteristics as a developing country.

The remarkable achievements of China Aerospace over the past 65 years are that China has always viewed success and failure in a pragmatic manner, that it has been hardworking, dedicated and dedicated to the cause, and that it has adhered to the correct development path and avoided waste of resources.

From an international point of view, some major aerospace countries have advanced technology and brilliant achievements, but in terms of organizational arrangements, they can be described as "lack of main lines, swinging back and forth, stop-and-go, and costly".

For example, during the Cold War period, major powers promoted manned spaceflight and deep space exploration "at no cost", and kept high-density lunar probe launches in order to get ahead of their competitors in the moon landing race. Although the results are fruitful, the cost is quite high.

As a developing country, although China has made brilliant achievements in aerospace technology, after all, it started late and has a weak foundation. It cannot withstand the "torsions". It should also make long-term planning so that it can achieve steady and sustainable development.

The characteristics of China's aerospace industry are that it is both self-reliant and open to cooperation.

The Chinese master the core technologies needed for the development of aerospace industry, but they also actively embrace international cooperation.

In the past, China carried out extensive cooperation with other countries in many space missions. Today, the China Space Station is also an important platform for China to carry out international cooperation.

China News Agency reporter: From "Chang'e" to the moon, "Beidou" to guide the way to "Tianwen" Mars, the naming of many important exploration missions of China's aerospace are deeply influenced by Chinese traditional culture.

Why does China Aerospace derive "nutrients" from Chinese traditional culture?

From "Chang'e Flying to the Moon" to "Ten Thousand Households Flying to the Sky", the Chinese have always been full of infinite reveries about space. These ancient myths and classic stories have inspired the Chinese nation's infinite aerospace imagination and promoted generations of astronauts to explore the vast universe.

China Aerospace has drawn a lot of "nutrients" from Chinese traditional culture. One of the notable manifestations is the naming of major aerospace projects.

Counting these space names, "Chang'e" is equivalent to the Chinese goddess of the moon, expressing the Chinese people's determination to "fly to the moon"; "Question of Heaven" originated from Qu Yuan's long poem "Question of Heaven", and the journey of exploring the truth is long; The window stands to teach you the Zhongtian Big Dipper. The "Bei Dipper" has been the guiding light of the Chinese nation since ancient times; the "Shenzhou" has entrusted our dream of flying to the sky.

The names of these great powers are full of poetry, combining the heritage of Chinese traditional culture with the romance of exploring the unknown of the universe.

In fact, it is an international practice to draw inspiration from ancient myths to name space missions.

Many detectors in the United States are named after Greek mythology or Roman mythology. For example, the names of the Apollo Project, Artemis Project, and Titan series rockets all come from ancient Greek and Roman mythology.

Whether it is Europe, the United States and other countries that draw inspiration from mythology, or China derives “nutrients” from traditional culture, it all represents the beautiful sustenance of mankind to space.

On the other hand, China Aerospace is committed to promoting Chinese culture to the world.

After the successful launch of the Shenzhou XII manned spacecraft in June this year, the use of the word "taikonaut" in the letter of congratulations from ESA to the China National Space Administration caused heated discussions.

As early as 1998, the word "taikonaut" was officially included in the Oxford Dictionary, which was regarded as a manifestation of Chinese culture going to the world through Chinese aerospace.

With the development of world aerospace, space in the future will become a space where different cultures and beliefs exchange and collide with each other.

To deal with cultural differences, the concept of "harmonious but different, seeking common ground while reserving differences" in traditional Chinese culture may be of great benefit.

"Flying Hero" Yang Liwei once said that different beliefs will not hinder the friendly cooperation and harmonious coexistence of astronauts of various countries.

The concept of "harmony without difference" will promote the cooperation of all countries in the aerospace field, learn from each other's strengths, and compete virtuously, and encourage all countries to give play to their unique "aerospace culture". This is of great significance today in the era of globalization.

The picture shows the panoramic camera of the Chang'e-5 lander and ascender combination. The five-star red flag was successfully deployed on the lunar surface.

What new plans or arrangements does China have in this regard in the future?

How will the Chinese-style space road better interact with the world so that all mankind can benefit from it?

As the closest natural celestial body to the earth, the moon has an irreplaceable important position for mankind to recognize the evolution of the earth, the origin of life, and the future development.

In addition, China's missions for asteroid exploration, Mars sampling and return, and Jupiter exploration will also be implemented as planned.

Looking to the future, mankind is faced with huge challenges such as establishing a permanent base on the moon and exploring celestial bodies outside the system, and requires the cooperation of all countries.

China Aerospace will actively seek to develop good interactions with other countries.

In the Chang'e-6 and asteroid exploration missions, China has provided international partners with the opportunity to carry payloads. China has also announced to the international community the management measures for the cooperation of Chang'e-5 lunar samples.

International cooperation in aerospace will promote the advancement of human civilization on a deeper level.

China Aerospace will always adhere to the principles of equality and mutual benefit, peaceful use, and inclusive development, strengthen extensive cooperation with the international community, and strive for more new discoveries and achievements, so that the results of space exploration will contribute more to the creation of a better future for mankind.

Yang Yuguang is a researcher at the Second Academy of China Aerospace Science and Industry Corporation, Vice Chairman of the International Astronautical Federation Space Transportation Committee, editorial board member of Astronaut and Space Exploration magazines, and China Aerospace Science Ambassador. The research results have won one National Science and Technology Progress Award and two provincial and ministerial science and technology advancement awards. More than 750 times have cooperated with provincial and ministerial media to conduct aerospace science popularization and publicity, and have maintained long-term contacts with more than 800 international friends in the aerospace field. communicate with.