The crime of forgery reveals smuggling operations at sea

A crime of forgery seized by the Coast Guard's passport officers of the General Directorate of Residency and Foreigners Affairs in Dubai revealed the involvement of an Asian naval captain in smuggling alcoholic beverages carried out at sea, by transporting large quantities of smuggled goods, as they were on their way to an Arab country. 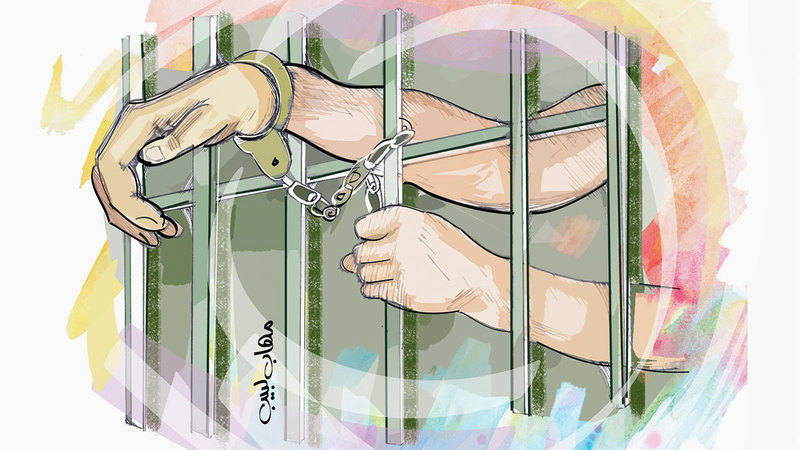 The crime of forgery reveals smuggling operations at sea

A forgery crime seized by the Coast Guard’s passport officers of the General Directorate of Residency and Foreigners Affairs in Dubai revealed the involvement of an Asian naval captain in the smuggling of alcoholic beverages carried out at sea, by transporting large quantities of smuggled goods, as they were on their way to an Arab country. Then he deviates from his course, heads to the borders of an Asian country, and then is met by a "launch" boat at sea, transports prohibited goods from him, and gives him false papers to use them again to enter Dubai ports, and the accused, accompanied by another employee, was referred to the Criminal Court, which sentenced them to imprisonment. Six months and expelled them.

The investigations of the Public Prosecution and the facts of the case, which was reassured by the Criminal Court, stated that the accused captain was working on a wooden ship with another of his same Asian nationality, and was involved in loading goods consisting of 150 cartons of alcoholic beverages, to transport and sell them illegally in the territorial seas near an Asian country. .

She indicated that the accused defrauded the concerned authorities to repeatedly remove the ship from the country's ports, as it was destined for an Arab country and loaded with ordinary goods, using a forged document, which is a statement of goods and cargo attributed to the customs of the country to which they belong, and presented this document to the Coast Guard passport officers. The two are affiliated with the General Administration of Residency and Foreigners Affairs, and their crime was not discovered in the first stages of the audit, and according to this statement, a good faith employee granted them official documents, which are entry and exit permits for a marine vessel.

During the inspection point personnel of the Facilities and Coasts Protection Authority on the ship and requested an entry permit to the port of Deira, the forgery incident was discovered, and they were referred to the Ports Police Station, and from there to the Public Prosecution in Dubai on charges of forgery and the use of unofficial documents.

By questioning the first accused in the investigations of the Public Prosecution, he admitted that he works as a captain on a ship, and the owner asked him to communicate with the second accused to transport 150 cartons containing alcoholic beverages, to be loaded and smuggled, provided that the second accused extracts permits to declare the goods.

The accused said that according to the statement submitted to the competent authorities, his sea destination will be to an Arab country, and after completing the procedures and leaving the port, he will deviate the ship to reach the regional borders with another country, where he will meet at sea with another “launch” boat to which he will transport the smuggled goods. Then the other boat hands him papers stating his departure from another country, to use in returning to Dubai, pointing out that he repeated this process more than once for 500 dirhams per move, and that he agreed to carry out this crime because he needed money.

While the second accused stated that he worked with the first on the boat, and they used to smuggle goods, by setting out on the ship using forged documents, then sailing for a whole day and deviating to another path, where they met a boat on which a group of masked people received the smuggled goods, pointing out that This trip takes four days.

After examining the case and listening to the testimony of the police officers, the Criminal Court convicted the two defendants and ordered their imprisonment for six months and deportation.

The two accused were involved in loading 150 cartons of alcoholic beverages.