In Hungary, the tense face-to-face announced between Pope Francis and Viktor Orban

The Sovereign Pontiff is in Budapest on Sunday to celebrate mass and meet Viktor Orban. Renowned for his outspokenness, François could tackle the subjects that annoy the Prime Minister ... 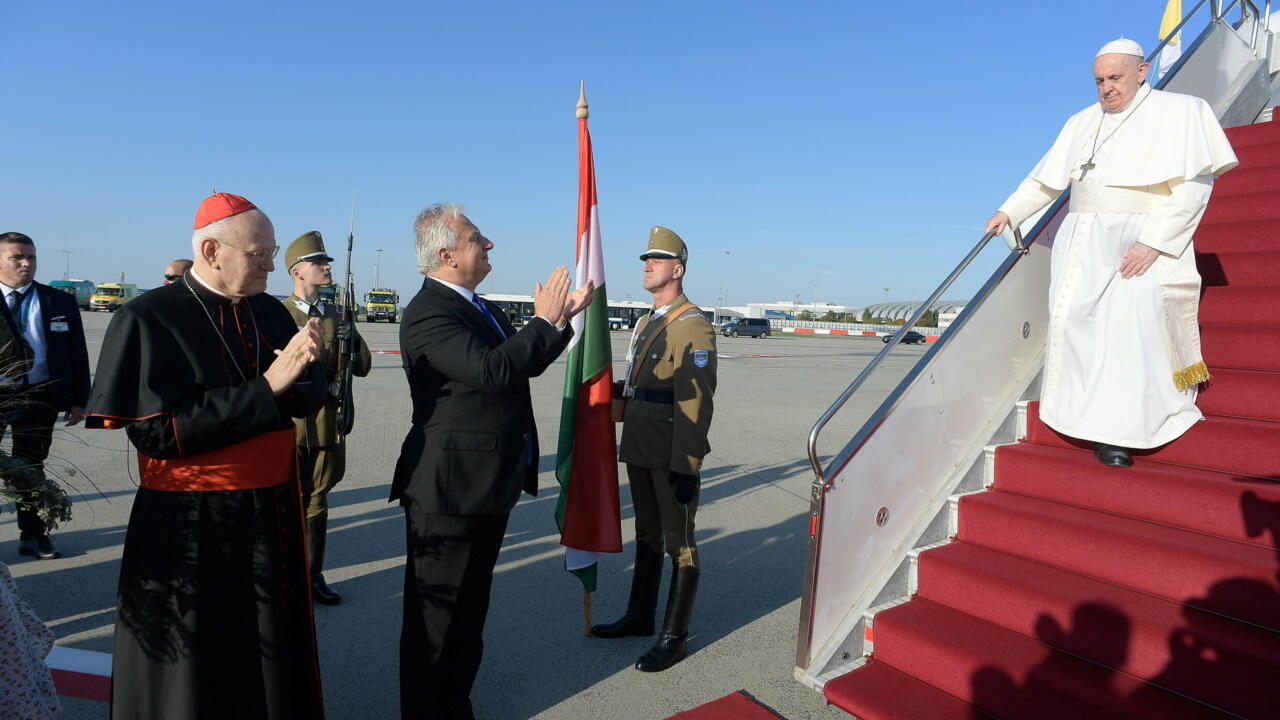 It is a meeting between two personalities that everything opposes.

Pope Francis arrived in Budapest on Sunday September 12 to celebrate a mass closing a major international religious congress, but all eyes will be on his brief meeting with sovereignist leader Viktor Orban.

The leader of the 1.3 billion Catholics will have a 30-minute interview - in the Museum of Fine Arts in Budapest - with the Hungarian Prime Minister, but also in the presence of President Janos Ader and two of the most senior officials of the Roman Curia.

Known for his outspokenness, will François tackle in camera the subjects which are close to his heart such as the question of migrants and tolerance towards LGBT +, real stumbling blocks with Viktor Orban?

>> See our Focus in Hungary, Viktor Orban is playing the anti-LGBT card before the 2022 elections

Because the reception of refugees of all religions, knocking on the doors of richer countries, fleeing wars or economic misery, has been the subject of incessant appeals from the Argentine Pope, sometimes earning him incomprehension in the ranks of Catholics. .

"We are all migrants"

The pro-Orban media have gone so far as to call François "an imbecile".

And they did not fail to note the pope's flash visit of seven hours, while he will devote three days to neighboring Slovakia for a real state visit.

The Pope actually came to Budapest at the specific invitation of the International Eucharistic Congress, in the footsteps of John Paul II who attended the event in 1985 in Nairobi (Kenya).

“He wants to humiliate Hungary!” One TV commentator said indignantly.

Jorge Bergoglio, himself from a family of Italian emigrants who came to Argentina, never ceases to remind old Europe of its past built by waves of new arrivals.

And without ever singling out political leaders by name, he castigates "sovereignty", according to him declining on foreigners "speeches which resemble those of Hitler in 1934".

To his opponents, the Pope retorts that aid to the excluded is eminently Christian.

In April 2016, the Pope had particularly marked the spirits on the Greek island of Lesbos, gateway to Europe.

"We are all migrants!", He said, bringing on board his plane three Syrian Muslim families whose homes had been bombed.

Meanwhile, the Hungarian leader had a wall erected on the southern border to prevent the arrival of "Muslims".

If he regularly attracts the ire of Brussels for its very restrictive policy on asylum rights, Mr. Orban brandishes his desire to preserve Europe's Christian heritage.

Anxious to avoid any controversy at the dawn of the first papal visit since the arrival of John Paul II in 1996, his supporters prefer to highlight the "Hungary Helps" program, which helps people in distress "to stay in their homes with dignity. country of origin "by building churches or schools.

Hungary "is not a rich country", but it has thus helped to rebuild churches and schools in Syria or send doctors to Africa, says Father Kornél Fábry, secretary general of the 52nd International Eucharistic Congress, which has lasted since a week, punctuated by conferences and prayers.

"The majority of Hungarians say the same thing: we must not bring the difficulty to Europe, but we must help where the difficulty lies", sums up the priest.

In the Hungarian capital, the Pope will also take the time to meet the bishops, then representatives of various Christian denominations and of the Jewish community, the largest in Central Europe with 100,000 members.

Finally, at the end of the morning, after a long-awaited tour in a popemobile, the Pope will celebrate an open-air mass on the immense Place des Héros, which Prime Minister Viktor Orban should attend in particular, of Calvinist origins but whose wife is Catholic.

Some 75,000 people are expected, while others will be able to follow the event on large screens.

In the city, controlled by the opposition, posters "welcome" François, extolling his calls for solidarity and tolerance towards minorities.

"Welcoming the Holy Father is an honor for us! But the organizers tell us to take care of the Pope, who is no longer very young", confides Father Fábry.