For $ 1 billion: what weapons Belarus intends to buy from Russia

Minsk has agreed with Moscow a list of Russian weapons worth more than $ 1 billion, which Belarus will purchase from Russia until 2025. According to Alexander Lukashenko, we are talking about dozens of airplanes and helicopters, the Tor-M2 air defense system, and supplies of S-400 air defense systems are also planned. The Belarusian leader indicated that the republic, like Russia, will defend its territory. However, she is not going to attack the neighbors. Experts noted that Minsk is forced to increase spending on the defense of its borders against the background of the militarization of the region by NATO and Ukraine. At the same time, analysts point out that at the moment Belarus and Russia are implementing common approaches to ensuring the security of their borders. 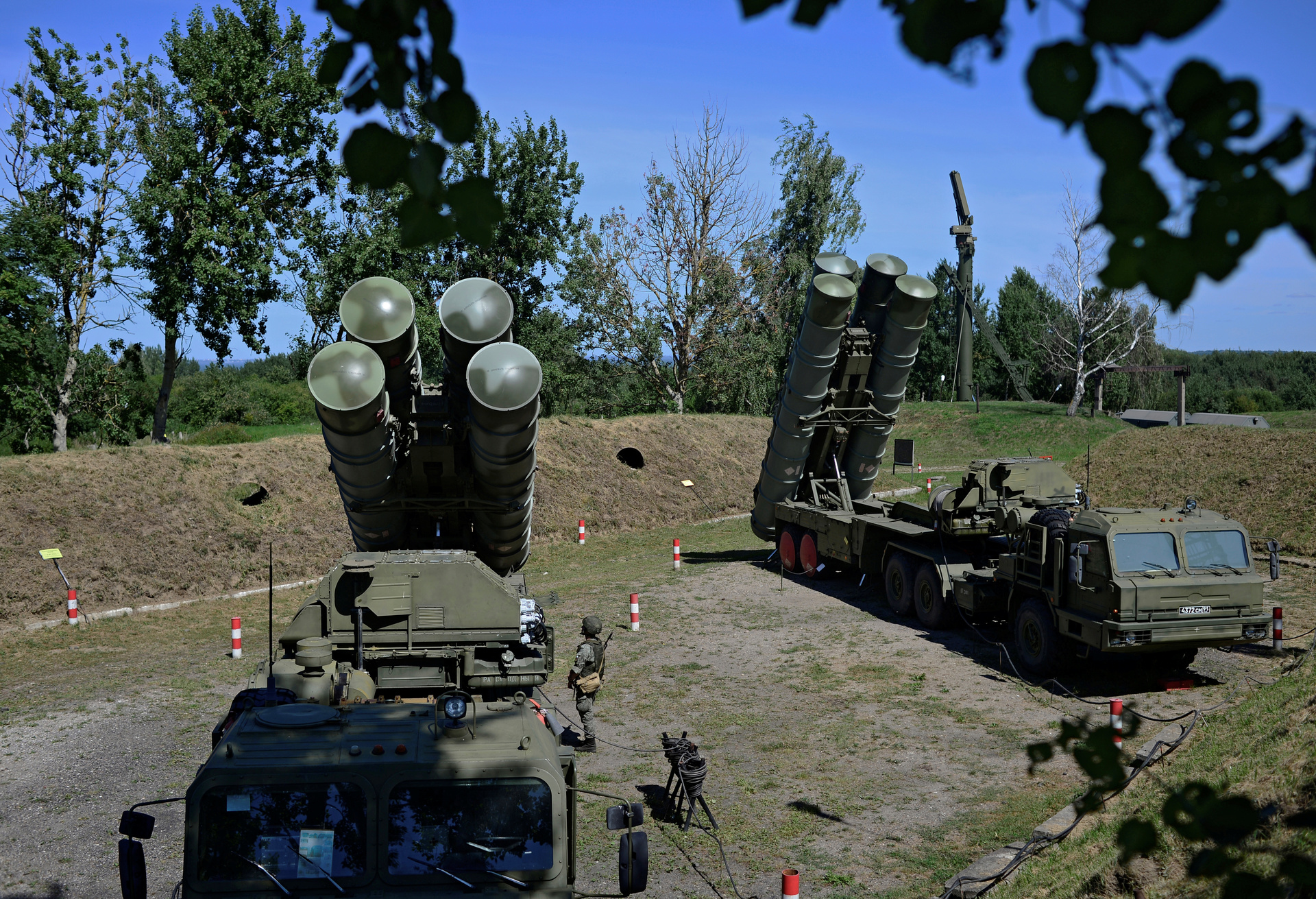 Moscow and Minsk have agreed on a list of Russian weapons that will be delivered to Belarus by 2025.

We are talking about military equipment worth more than $ 1 billion, Belarusian leader Alexander Lukashenko said when he visited the Obuz-Lesnovsky training ground near Baranovichi during the Zapad-2021 military exercises.

“These are about a dozen aircraft, some have already arrived, several dozen helicopters, Tor-M2.

This suggests that we and the Russian Federation take this western direction very seriously, where we are in direct contact with NATO troops, ”said Lukashenko, quoted by the SB.

“You see how they behave.

Therefore, one cannot relax, given the experience of 1941, when we calmed everything down, calmed everyone down (do not respond to provocations, etc.), and then received a deafening blow and practically lost Belarus in a couple of months.

We want to be prepared in advance, and the essence of this is modern teachings, ”he added.

In particular, Minsk is negotiating with Moscow on the supply of Russian S-400 air defense missile systems (SAM).

“We are negotiating and planning the supply of the S-400.

Together with Vladimir Putin, we paid a lot of attention to defense and security issues.

In general, this question was woven into all the questions.

Probably, for three or three and a half hours out of eight we were engaged in a dialogue specifically about defense and security.

He told me about more modern S-500 complexes that can work on ballistic missiles.

Including, I reminded him once again about the S-400, told him where we want to put these complexes, ”the President of Belarus emphasized.

He also pointed out that at present the S-300 complexes "completely closed the perimeter in the western direction" of the republic.

“But, as you know, we have also added a southern direction.

We discussed this topic with Belarusian generals and Russians.

They start to warm us up from the south.

Therefore, we will have to close this perimeter as well, ”Lukashenka said.

According to him, Belarus and Russia “are not aiming their missiles at neighboring states”: “We are preparing to defend our land.

The Belarusian-Russian union does not need extra territories.

God grant us to cope with our own. "

The S-400, developed by the Almaz-Antey concern for the defense of the most important strategic targets from a massive enemy air attack, is considered one of the best long-range air defense systems in the world. The system, named "Triumph", is capable of destroying all aerodynamic targets flying at speeds up to 4.8 km / s, including aircraft and missiles. Depending on weather conditions, the complex can detect air objects at a distance of up to 600 km. The target destruction range is from 1 to 200-250 km.

Note that on September 1, Alexander Lukashenko announced the imminent deliveries to Belarus of dozens of aircraft and helicopters, as well as air defense systems.

On September 3, Dmitry Shugaev, director of the Federal Service for Military-Technical Cooperation (FSMTC) of Russia, said that he did not see any obstacles or restrictions for military supplies to the union state, including the Triumph complexes.

On September 9, the presidents of Russia and Belarus held talks in Moscow.

As a result, Vladimir Putin said that, in particular, a discussion was held on the construction of a single defense space and ensuring the security of the Union State on the outer perimeter.

The Russian leader also stressed that NATO is actively building up its military presence near the borders of the SG and the CSTO member countries.

“Naturally, in these conditions, we touched on the topic of the allied military exercises“ West-2021 ”.

We will only build up our joint counteraction against common challenges and threats.

And there is no need to shout that we are conducting these teachings.

We are not doing anything exceptional that our rivals and adversaries do not, ”the Russian president stated.

In addition, the heads of state agreed on all 28 integration programs within the framework of the Union State.

The next day, they were approved by the prime ministers of Russia and Belarus following a meeting of the Council of Ministers of the Union Group.

In November, these programs will be submitted for approval by the Supreme State Council of the Union State.

Also on russian.rt.com "Part of the extensive military-strategic cooperation": what tasks will be worked out in the exercises "West-2021"

The maneuvers take place at 14 training grounds on the territory of Russia, Belarus and the Baltic Sea, and about 200 thousand military personnel, more than 80 aircraft and helicopters, about 760 units of military equipment take part in them.

On Monday, September 13, Vladimir Putin, during a working trip to the Nizhny Novgorod Region, will attend the main stage of the exercise at the Mulino training ground.

"Russia and Belarus have common approaches to defense"

The editor-in-chief of the National Defense magazine, military expert Igor Korotchenko, commenting on the plans of Belarus to purchase weapons from Russia for more than $ 1 billion, stressed that the domestic military-industrial complex is competitive in all major classes of weapons produced.

“Russia ranks second in the world in terms of export volume.

This clearly indicates that Russian weapons are in demand in the world and are respected and respected, "said the interlocutor of RT.

In turn, Natalya Eremina, Professor of the Department of European Studies at the Faculty of International Relations, St.

“It is expressed both in border protection and in joint exercises. Of course, there is a supply of weapons, including joint ones. Of course, there are common approaches to defense orders, and there is joint production of weapons. Since Russia has a larger-scale military production, it, for the most part, ensures the fulfillment of a common military defense mission. Of course, such orders are carried out periodically. That is, this is not only news of the current time, but this is our regular interaction. Since Belarus is a sovereign state, and protects not only common, but also its own borders, it must have its own weapons, which are on its balance sheet, "the expert emphasized in an interview with RT.

Meanwhile, Yuri Pochta, professor of the Department of Comparative Political Science of the RUDN University, in a conversation with RT, drew attention to the strengthening of military groups in the West.

“They threaten to conquer Russia, then they shout that Russia is about to attack.

So, unfortunately, militarization is happening from all sides.

In this case, Belarus is forced to join the general movement and take measures in order to strengthen its security.

Another thing is that at this stage this is happening on the basis of enhanced cooperation and cooperation with Russia, ”he said.