"Increasing the degree of the" Russian threat ": why Kiev announced" serious risks "for Ukraine because of the exercises" West-2021 "

The head of the Ukrainian Foreign Ministry Dmitry Kuleba believes that the scenarios that are being worked out at the Russian-Belarusian exercises "West-2021" supposedly carry extremely "serious risks" for Kiev. At the same time, the commander of the Joint Forces of the Armed Forces of Ukraine, Lieutenant General Sergei Naev, said that there is no immediate threat in the Russian-Belarusian training. Earlier, Moscow reported that the maneuvers are defensive and not directed against other countries. According to experts, Kuleba in this case is trying to artificially raise the degree of the "Russian threat" in order to demonstrate the loyalty of the Kiev authorities to the West. In fact, the joint maneuvers of Moscow and Minsk do not pose any danger either for the Ukrainian side or for anyone else, analysts are sure. 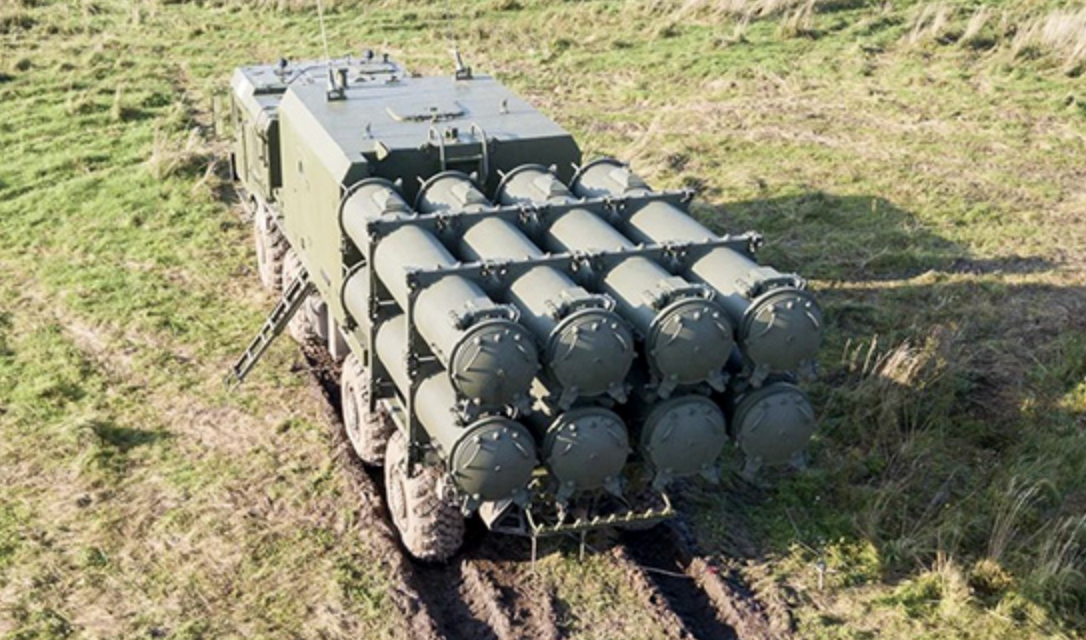 Ukrainian Foreign Minister Dmitry Kuleba said that the scenarios that are being worked out at the Russian-Belarusian exercises West-2021 allegedly "carry very serious risks" for Kiev.

“As for the Zapad-2021 exercises, we must follow them very closely.

This is exactly what our military and diplomats are doing, ”he said on the air of the Ukraine 24 TV channel.

"The scenarios that are being worked out there carry very serious risks."

However, what kind of "risks" are being discussed, Kuleba did not specify.

At the same time, the commander of the Joint Forces of the Armed Forces of Ukraine, Lieutenant General Sergei Naev, does not see an immediate threat in the joint exercises of Russia and Belarus.

They are held at a known number of training grounds, we know the number of these troops, and at this time, right now, there is no immediate threat, in particular the creation of strike groups, as well as the corresponding preparatory measures for aggression against Ukraine, "Nayev said also on the air of the TV channel. "Ukraine 24".

Recall that the joint strategic exercises of the Armed Forces of Russia and Belarus "West-2021" started recently.

They are held every two years, the corresponding decision was made by the heads of the two countries.

The maneuvers will be the final stage in the joint military training of Moscow and Minsk this year.

According to the RF Ministry of Defense, training will take place until September 16 at nine Russian training grounds, in the Baltic Sea, as well as at five training grounds of the Belarusian Armed Forces.

The exercises involve 200 thousand people, about 80 aircraft and helicopters, up to 760 units of military equipment, including 290 tanks, 240 guns, multiple launch rocket systems and mortars, as well as up to 15 ships.

As Russian President Vladimir Putin emphasized during a press conference following talks with his Belarusian counterpart Alexander Lukashenko, the West-2021 maneuvers "are not directed against anyone."

“But their implementation is logical in conditions when other associations, NATO, for example, are actively building up their military presence near the borders of the Union State and the CSTO space,” the Russian leader said.

Earlier, the Russian Ministry of Defense noted that the Zapad-2021 exercises are "purely defensive in nature," and their main practical actions will take place at a considerable distance from the Russia-NATO contact line.

During the exercise, the crews of the Su-27 naval aviation of the Baltic Fleet (BF) destroyed the cruise missiles of the mock enemy, the Defense Ministry said.

In addition, the Baltic Fleet's Baltic coastal missile systems division eliminated a detachment of paratroopers from the imaginary enemy.

In addition, in Belarus, the reconnaissance units of the tank army of the Western Military District, together with the Belarusian military personnel, worked out tasks using the intelligence, command and communication systems (KRUS) "Strelets".

"Also, intelligence units searched for and neutralized illegal armed groups, uncovered the location of caches with weapons and ammunition, worked out the placement of" secrets ", observers, sniper pairs, equipment and camouflage of hidden positions," the Defense Ministry said.

During the maneuvers, the platform-M remote-controlled robotic strike systems on a tracked chassis were also used.

“When performing the tasks of the exercise as part of the practical actions of troops (forces) to eliminate conditional illegal armed formations in urban conditions and to strike at stationary and mobile targets, motorized riflemen and paratroopers used remotely controlled robotic attack systems“ Platform M ”on a tracked chassis, armed with 4 grenade launchers and a Kalashnikov machine gun, ”the RF Ministry of Defense said in a statement.

It is noted that robotic systems were used for reconnaissance and "making passages in minefields" established according to the legend of the exercises by illegal armed groups.

The Orlan and Outpost unmanned aerial vehicles were also involved in Zapad-2021 training in the interests of reconnaissance, as well as in order to assess the effectiveness of hitting targets and adjust the fire of artillery and tank units.

At the same time, snipers of a motorized rifle unit of the Western Military District at night managed to stop a column of lightly armored vehicles and the manpower of a mock enemy with fire from large-caliber rifles, the Russian Ministry of Defense said.

"Show devotion to the West"

As military expert Yuri Knutov noted in an interview with RT, against the background of the Russian-Belarusian exercises West 2021, the rhetoric of the Ukrainian side towards Moscow and its actions has become even more aggressive. At the same time, according to him, reports of alleged "serious risks" for Kiev in the scenarios of maneuvers are nothing more than Kiev's fantasies.

“Recently, high-ranking Ukrainian leaders have made rather bellicose statements related to Russia.

In particular, the recent thesis of the President of Ukraine Volodymyr Zelensky on the possibility of a full-scale war with the Russian Federation.

Such attacks frighten the countries of Western Europe.

And in order to somehow disavow Zelensky's latest statements, to remove this tension, which Ukrainian politicians themselves have created, now Kuleba is trying to blame Russia for everything, referring to the non-existent risks for Kiev due to West 2021, the analyst said.

In turn, Sergei Ermakov, a leading expert at the RISS Research Coordination Center, noted in a conversation with RT that such attacks by Kiev in the context of the West 2021 exercises are the only way to "show their loyalty to the West."

“The Kiev authorities want to demonstrate that Ukraine is on the mythical front line of the fight against the geopolitical enemy of the United States, so they artificially increase the degree of the“ Russian threat ”by issuing regular propaganda statements.

This is done so that the White House administration pays more attention to Ukraine, provides it with more assistance, ”he said.

At the same time, Knutov stressed that in the maneuvers of Moscow and Minsk, in reality, "there is nothing threatening the Ukrainian side or anyone else."

“Moreover, the maximum number of personnel of military units involved in exercises that fall under the Vienna Document 2011 on the territory of Russia does not exceed 6400 servicemen.

This is also why the West-2021 exercises certainly do not pose any threat either for Kiev or for NATO countries, "the expert explained.

In his opinion, the commander of the Joint Forces of the Armed Forces of Ukraine, Sergei Naev, assesses the situation more objectively than Kuleba, therefore his statement is very different from the theses of the head of the Ukrainian Foreign Ministry.

“For Kuleba, it is important to create the illusion of Russia's aggressiveness and attract the attention of the West to Ukraine once again.

But the Ukrainian lieutenant general in this case thinks more sensibly, ”the analyst said.

Ermakov adheres to a similar opinion.

According to him, Naev assesses the real threats.

“If, according to the Ukrainian military, there was a real threat to Ukraine from the exercises conducted by Moscow and Minsk, the Ukrainian army would be mobilized.

But this is not observed, because in these Russian-Belarusian exercises there is nothing threatening Ukraine and other countries, ”the expert noted.

Yermakov emphasized that the Zapad-2021 exercises are planned and defensive in nature.

“They have no line of attack.

The maneuvers take place on the territory of Russia and Belarus, non-regional powers do not participate in them, as NATO does almost all the time, ”the analyst said.

Knutov explained that Russia and Belarus are forced to work out military coordination and defensive tasks during the West 2021 exercises against the background of the strengthening of NATO's presence on the borders of the two countries.

“This becomes an extremely important goal of the Russian and Belarusian military after the largest NATO exercises were held near the borders of the two powers, attempts were made by B-52 to violate Russian airspace, and a British destroyer invaded the territorial waters of Crimea. The current maneuvers are designed to prepare Russia and Belarus for possible provocations in order to repel them in a timely and effective manner, ”the expert concluded.