Today, there are several effective drugs for alcohol dependence, but few who are diagnosed get the drugs prescribed. In addition, the prescribing of the drugs is unevenly distributed both in terms of gender, age, socio-economic status and place of residence, new research shows. 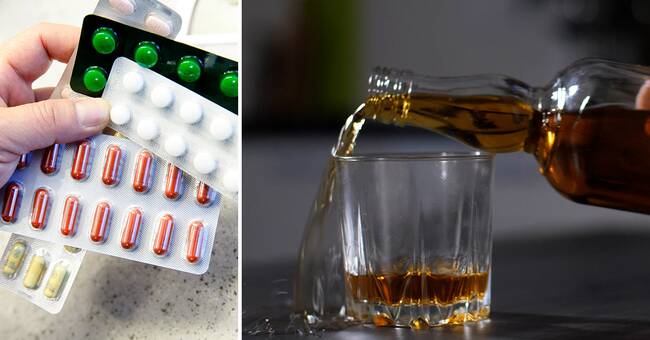 Alcohol problems are a major cause of ill health in the population.

It can lead to cardiovascular problems, cancer, diabetes, liver damage and a large number of social problems.

Today, those who feel that they can no longer control their alcohol consumption can turn to healthcare for help.

There is well-functioning evidence-based treatment for alcohol dependence, both in the form of psychological treatment and of drugs.

However, the prescription of drugs for alcohol dependence in specialist care is low.

New research now shows that 23 percent receive prescription drugs for alcohol dependence, and that proportion has been approximately the same since 2007. The results are published in the journal Drug and Alcohol Dependence.

- It shows that there is a large under-prescription of these drugs, says Sara Wallhed Finn who is a researcher and psychologist at the Department of Global Public Health at Karolinska Institutet.

She has led the study which also shows that the prescribing of the drugs is unequal.

Women and those who live in the country's big cities receive prescriptions more often than men and residents of the country receive.

Highly educated people with high incomes are also more likely to get the medicines on prescription than others.

Are efficient and cheap

- The drugs that are available are effective, cheap and safe.

When they are not used, they fail to prevent a large part of ill health in Sweden.

The differences in prescribing go against the Health and Medical Services Act's section on care on equal terms, says Markus Heilig.

In addition, many do not even seek care for alcohol dependence.

- Many do not see care as appealing.

There is still a great stigma to seek help and many believe that they will be in forced Antabus and must stop drinking altogether, says Sara Wallhed Finn.

But there are many more drugs than Antabus, although it is the most common.

The active substance in Antabus is disulfiram and causes an allergic reaction to alcohol which makes it extremely unpleasant to drink.

Other drugs are naltrexone, nalmefene and acamprosate, which affect the brain's reward system.

They limit intoxication and reduce the craving for alcohol.

The drugs help to limit drinking without having to stop completely.

But why are there so few who get help from these drugs?

One factor is that there is a moralizing view of alcohol dependence that lives on both in society and in healthcare. The individual is considered to be "to blame himself". There is also a shortage of trained supervisors, especially outside the metropolitan areas, says Markus Heilig.