The historical head of the defeated Peruvian Maoist guerilla Sendero Luminoso, Abimael Guzmán, 86, died this Saturday in the maximum security prison where ... 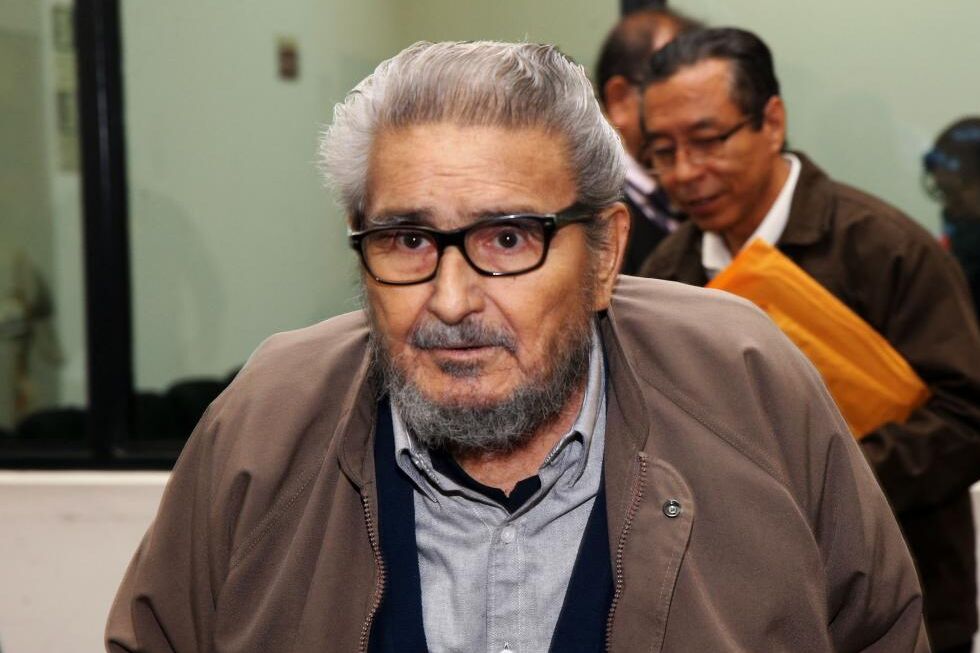 The historical head of the defeated Peruvian Maoist guerilla

, 86, died this Saturday in the maximum security prison where he has

served a life sentence since 1992

"Dr. Abimael Guzmán has passed away, the Navy has informed his wife Elena Yparragurre of the death," lawyer

"She has asked the authorities to hand over the remains," he added.

The prison authority has indicated in a statement that Guzmán's death occurred "on Saturday, September 11, at approximately 6:40 a.m. local time at the Maximum Security Detention Center of the Callao Naval Base (...)

due to complications in his state of health

wife of Guzman is caught in the Virgin of Fatima in Lima, jail sentenced to life imprisonment for terrorism

It was number two on Sendero Luminoso.

The former university professor of philosophy, who had suffered health problems in July, spent his last 29 years in prison

carrying on his back having been the intellectual responsible for one of the bloodiest conflicts in Latin America, with 70,000 dead and missing

Guzmán ended his days as

the most famous prisoner in Peru

The cause and details of his death have not been released.

He was serving his sentence at the Callao Naval Base, near Lima, but had to be transferred to a common prison in the next few months.

He embraced Maoism and the methods of Cambodian leader Pol Pot, and formed an image of a tough and relentless revolutionary

willing to order the massacre of the inhabitants of a village in the Peruvian Andes as punishment for not supporting him.

In 2006, during a trial whose hearings lasted more than a year, his unknown side was revealed when

his lieutenant Oscar Ramírez, comrade 'Feliciano', accused him of being a "coward" and of being unable to pull the trigger of a gun

"A coward, an alcoholic and a crybaby,"

said about Guzmán, 'Feliciano', who led a radical faction of the Shining Path that continued the war after the arrest of its leader -in September 1992-, in defiance of his order to end the conflict. .

Abimael Guzmán came to the fore when

, in Ayacucho, a region in southeastern Peru where poverty has become an indelible stamp.

In Ayacucho he created and promoted his party, whose task was "to build communism along the luminous path of José Carlos Mariátegui" (Peruvian thinker, creator of the Socialist Party of Peru).

Hence the origin of its name.

Guzmán cultivated the cult of personality and

those who knew him should treat him as "Chairman Gonzalo

Guzmán's weapon was his

own interpretation of Marxism

, which turned his followers into fanatics of his ideas, which they described as the "guiding thought" and "fourth sword" of Marxism, behind Marx, Lenin and Mao.

The "great leap forward" began in 1979, when he went underground and announced that the conditions were ripe to carry out a revolution from the countryside to the city.

That day he marked Peru with fire.

Sendero began the fight with a symbolic act: he burned ballot boxes in an Andean town on the eve of the election that ended 12 years of military dictatorship.

SocietyThree days on the Telephone Against Suicide: "I told him that if he committed suicide he would never be able to enjoy his son"