The Prosecutor's Office of the Supreme Court has proposed the filing of the complaint filed by Podemos since it did not appreciate bribery in the agreement that made the motion of censure against ... 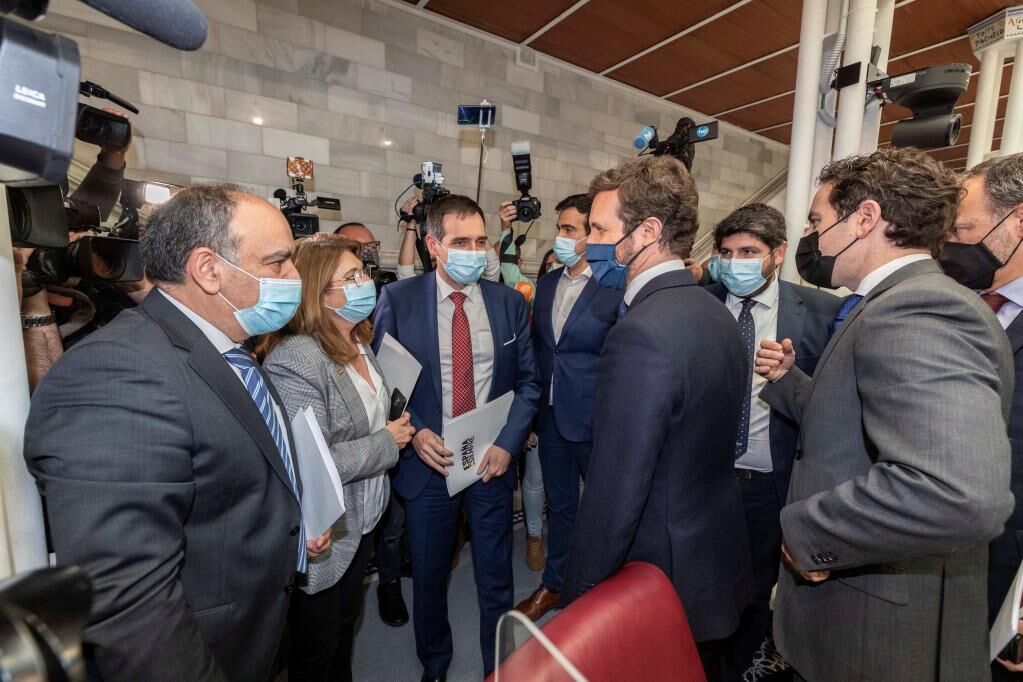 In a letter to which Europa Press has had access, the Chief Prosecutor of the

of the Supreme Prosecutor's Office,

, assures that the appointment of two of the Citizens' deputies who voted against for two of the regional Councils "It cannot be considered as an illicit reward."

Moreover, Zaragoza points out that "the data that is known from the information appearing in the media indicates that, after the division of the vote, there are only strictly political reasons or motives, identifiable with a leadership problem in Ciudadanos among the candidate. proposed in the motion of censure and the one who at that time was vice president of the regional government. "

In the letter, the Supreme Prosecutor insists that the motion of censure "is a political mechanism to control government action usually present in democratic states, recognized" by the

and "designed to demand political responsibility for government actions. "

According to the prosecutor, "if it is considered legitimate to present a motion of censure, as a strictly political act that it is, although it conceals a distribution of government positions and functions, it should be considered no less legitimate to oppose it, thus deactivating it through agreements. politicians the prosperity of that ".

Zaragoza goes further and justifies the legitimacy of the motion "even when voting discipline is broken due to internal disagreements", recalling that this fact is "politically justifiable insofar as Article 25.1º of the Murcia Statute of Autonomy proclaims that the deputies do not they are subject to any imperative mandate ".

In its complaint, the

attributes to some defendants, as the prosecutor recalls, the condition of material authors - to the three deputies who voted against the motion of censure - and to the rest the condition of inducers and necessary cooperators.

Among them is the general secretary of the Popular Party, Teodoro García Egea, exonerated of any responsibility when the prosecutor understands that "the presence of the typical elements that make up the crime of bribery, much less alleged participation "of the leader of the PP" in illegal actions that could have legal status in the aforementioned criminal category. "

Zaragoza even rules out that the

, measured in his capacity as a deputy, has to make "any statement, not even by means of the summons for a voluntary appearance."

The filing of the Podemos complaint by the Supreme Prosecutor's Office comes months after PSOE and Ciudadanos presented a motion of censure to evict the Popular Party from power after 26 years at the helm of the Autonomous Community.

At first, the numbers were enough to achieve their objective, since the sum of 23 seats gave them an absolute majority to carry it out.

García Egea himself, a deputy for Murcia, was key in the maneuvers that led to the agreement of the PP with three of the six deputies of Citizens in the Murcia Assembly:

Thus, and just eight days after both groups registered the motion, the Murcia Regional Assembly reinforced López Miras at the head of the Executive after the vote remained at 21 votes in favor of the 23 that were needed to invest the Citizen candidate,

, as the new president.