The police about the drug trade at Kronoparken: Seems to have become more aggressive

Violence, threats and harassment in connection with drug sales. Insparks-celebrating university students have witnessed a growing insecurity on the campus area at Kronoparken in Karlstad recently. The police now seem to see a more aggressive drug trade. - Maybe you are more desperate to get sold, says municipal police Anders Stridsberg. 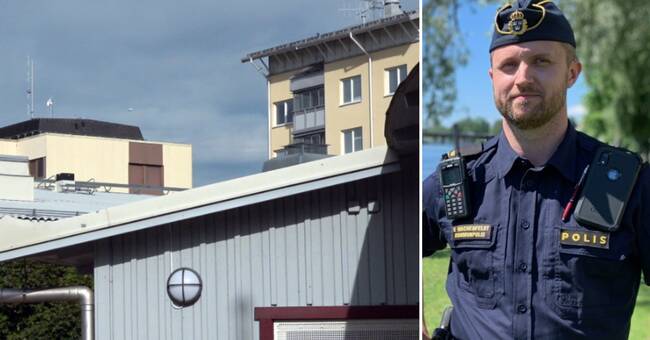 Drug sales at Kronoparken are hardly anything new for the police.

However, there are indications that sellers are now using more aggressive methods to get the drug out.

According to the municipal police Anders Stridsberg, they have heard from students that there are threats if you do not want to buy drugs.

- It is difficult to say what it is due to, but perhaps that you are more desperate to sell or that it is about less experienced people who sell drugs, he says.

It must have been around the campus area in the Kronoparken district that the events took place, which the student union has previously agreed to.

At the same time, no police reports have been received regarding the problems this past weekend.

And without reports - no opportunities to investigate this type of incident, the police say.

- What is important to keep in mind when you are exposed to aggressive sales attempts or other types of crime, is that you contact the police directly, says the municipal police Anders von Wachenfeldt, and continues:

- If it comes in the day or the week after, we will have a harder time dealing with it.

Cameras in the center

In December 2020, surveillance cameras were set up in the center of Kronoparken, which the police believe has helped them in their work.

- My picture is that it has generally become calmer in the area, says Anders von Wachenfeldt.

- But the risk with this type of effort is always that drug sales are moved to other places.