We knew the imminent announcement as there were so few kilometers left to build. Russia announced this Friday morning the completion of the Nord Stream 2 gas pipeline: 1,230 kilometers under the Baltic Sea ... 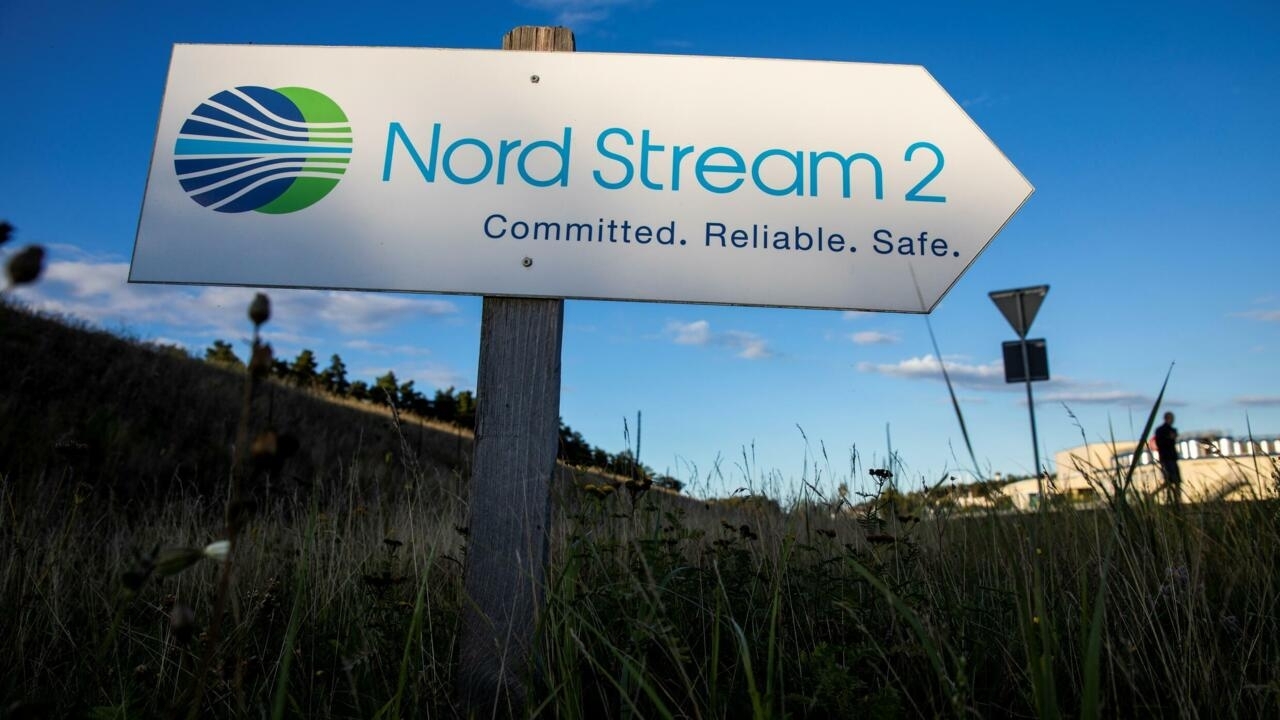 A road sign directs traffic to the entrance to the landing facility for the Nord Stream 2 gas line in Lubmin, northeastern Germany.

We knew the imminent announcement as there were so few kilometers left to build.

Russia announced this Friday morning the completion of the Nord Stream 2 gas pipeline: 1,230 kilometers under the Baltic Sea reaching Germany.

An announcement one week before the opening of polling stations for legislative elections in Russia, and eight days before the German elections.

The controversial Nord Stream 2 gas pipeline from Russia to Germany has been fully completed, according to Gazprom, which broadcast on its Telegram channel.

The announcement of the gas giant was sober.

The Russian authorities, for their part, relish this triumphant announcement and press on the divisions of Europeans on the gas pipeline, as our correspondent in Moscow,

is now clear to everyone, including all those who are fiercely opposed to the construction of Nord Stream 2, that it was impossible to stop it.

It is time to stop standing in the way of this important project.

The timing of the start of deliveries depends on the position of the German regulator.

We hope that millions of European consumers will soon be able to receive Russian gas on the shortest, most economical and environmentally friendly route.

► To read also: Nord Stream 2: compromise between Washington and Berlin around the gas pipeline

Insist on the divisions of the Europeans but also of the Germans: the ecologists, who could participate in the next government resulting from the elections, are very opposed to Nord Stream.

Finally, the announcement also comes as gas prices in Europe are hitting record highs, stocks are low and winter has not yet started.

What does Ukraine lose to Russia?

The submarine pipeline is to double Russian gas deliveries to Germany.

This tube with a capacity of 55 billion m3 of gas per year travels 1,230 kilometers under the Baltic Sea.

But its completion worries Ukraine, which could lose big.

What precisely are the economic aspects of this investment and what does Ukraine lose to Russia?

► To read also: Nord Stream 2: the pipeline of discord

Today Gazprom pays $ 1.3 billion per year in transit charges. When this pipe is fully operational, it must be certified, it is not yet, and it must be able to operate according to European rules. At that time, Gazprom will in fact no longer be able to use the Ukrainian route and therefore save money, explains

Thierry Bros, professor at Sciences-Po and specialist in energy issues

. For Germany, the gas arriving in Germany, the German transporter will be able to be better paid since it is he who will dispatcher the gas within Europe whereas before it was done from east to west .

And Thierry Bros continues: “On the

other hand, for Europe, there is no interest because it is additional gas and in addition the European Union has an agreement to help Ukraine.

If Ukraine were to lose this 1.3 billion dollars a year, well we understand that the Ukrainian economy would suffer and we can imagine that it will be the European Union that will come to its aid So you have a very big winner, Gazprom, a winner, Germany, and a loser, Europe and one that loses a lot is Ukraine.

To read also: Nord Stream 2: "This agreement will put Germany back at the center of the gas game" [Interview]