Biden extends mandatory vaccination to two-thirds of U.S. workers Washington (AFP) Joe Biden, faced with a Covid-19 epidemic that does not end with the Delta variant, opted for the hard way on Thursday by making vaccination compulsory for two-thirds of American workers in order to "turn the page" of the coronavirus . The Democratic president signed an executive order requiring executive officials to be vaccinated, without the possibility of regular testing, on 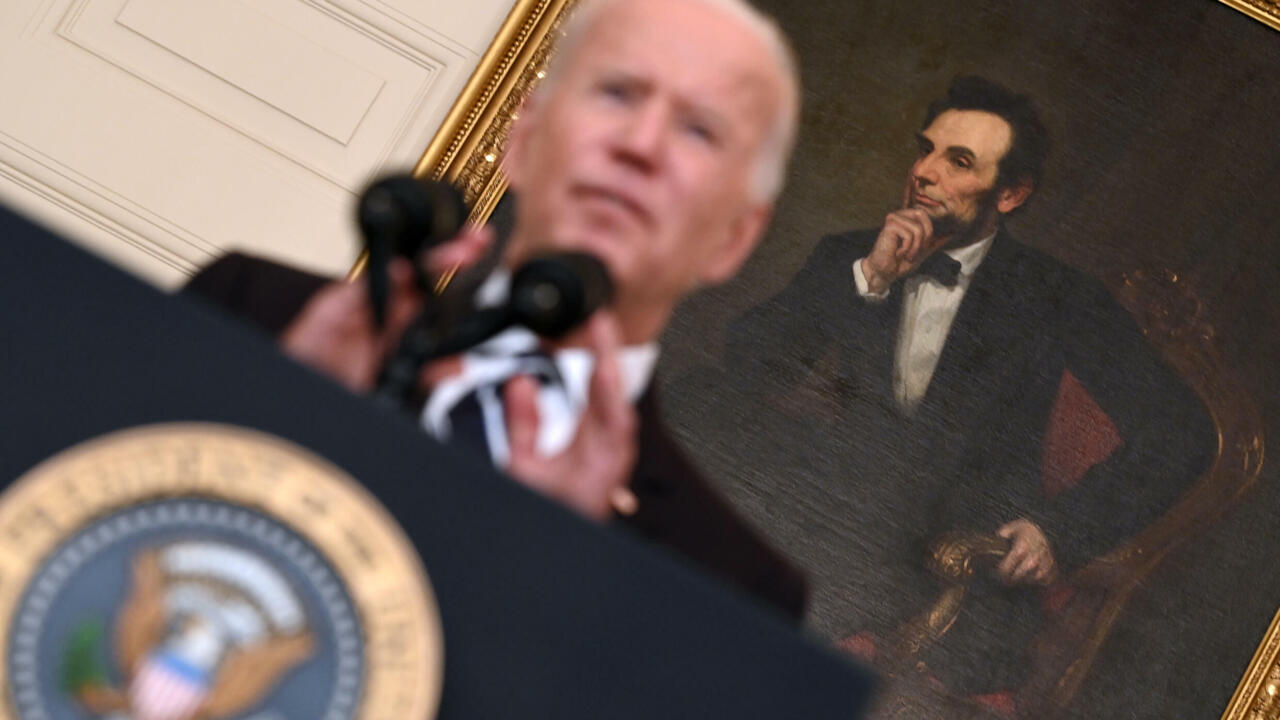 Joe Biden, faced with a Covid-19 epidemic that does not end with the Delta variant, opted for the hard way on Thursday by making vaccination compulsory for two-thirds of American workers in order to "turn the page" of the coronavirus .

The Democratic president signed an executive order requiring executive officials to be vaccinated, without the possibility of regular testing, on pain of disciplinary action, according to the White House.

For the private sector, the Ministry of Labor will introduce the obligation to be vaccinated or to perform a weekly screening test for employees of companies with more than 100 employees, or more than 80 million people.

"In total, vaccine obligations will affect about 100 million Americans, or two-thirds of workers," Joe Biden said in a speech.

The American Chamber of Commerce "will ensure that employers have the resources, guidance and flexibility to (...) comply with public health requirements," Neil Bradley responded in an email to AFP, its executive vice-president.

The White House also wants to facilitate screening tests and extend the wearing of masks (travel, federal buildings) to curb the epidemic.

This new "strategy" targets the 80 million Americans still unvaccinated, or 25% of the population.

He attacked "elected officials (who) are actively working to undermine the fight against Covid-19" by prohibiting any strict measures such as the compulsory wearing of masks, in the name of individual freedoms, even if the positive cases and deaths have skyrocketed this summer from the Delta variant in several conservative states.

“It's not about freedom, or personal choice, but about protecting yourself and those around you,” Biden insisted.

Republican officials, on the contrary, denounced a "madness" and an "unconstitutional" plan, in particular on the large business component.

“It looks a lot like a dictatorship,” the Republican Party group tweeted in the House of Representatives.

The Democratic president must absolutely bounce back on the health aspect after having suffered several setbacks this summer on the economic and political fronts, with an avalanche of criticism on his management of the evacuations of civilians from Afghanistan at the end of August.

It had already failed in its goal of having 70% of adults having received at least one dose of the vaccine by July 4, the national holiday, with the country not having reached this milestone until a month later, on August 3. .

The United States, where 53.3% of the population is fully vaccinated according to health authorities, is the country with the most deaths from the new coronavirus in the world, with more than 650,000 deaths.

A member of the healthcare staff prepares a dose of Johnson & Johnson vaccine against Covid-19 on August 7, 2021 in Los Angeles Patrick T. FALLON AFP / Archives

But the federal government's capacity for action is limited in the face of powerful states, especially with regard to the schools that Joe Biden wants to "keep open in complete safety".

He called on states to vaccinate teachers and staff after a return to school in early September which fueled concerns and dissent.

The Los Angeles school district, the second largest in the United States, on Thursday imposed on all students aged 12 and over to be vaccinated against Covid-19 if they wish to attend a public establishment, a measure which concerns some 220,000 young people eligible for vaccination.

Across the country, parents and some Republican politicians, however, are fiercely opposed to any obligation to have vaccines or to wear a mask at school, especially in the South.

In Florida, Gov. Ron DeSantis' decision to ban school districts from implementing mandatory masks in schools is the subject of a bitter legal battle.

The president also called on the organizers of major sporting or cultural events to make public entry conditional on proof of vaccination or a negative test.

And he announced a doubling of fines for passengers who refuse to wear a mask on planes.

"If you break the rules, be prepared to pay," Biden warned.

In addition to the health component, the White House also hopes to revive the economy with loans with simplified procedures for SMEs, severely affected by the epidemic.