Just over six months late, Eskilstuna City Museum opens the exhibition, which allows visitors to take part in what it was like to live in Eskilstuna 100 years ago. The exhibition halls show films, pictures, clothes and signs from the interwar period - and even though the men of the time are present, it is the city's women who have been given the most space. 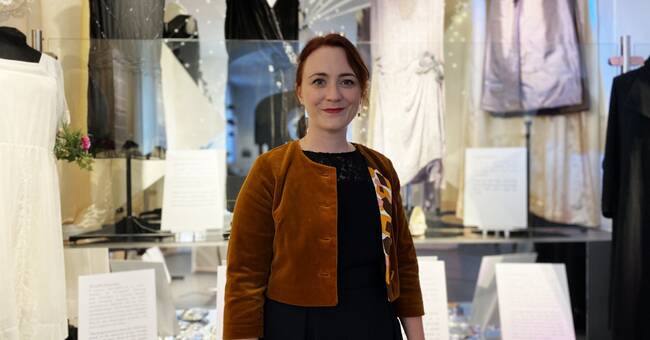 - This is a little trip through this place 100 years ago.

We have been inspired by the film aesthetics of the time - so it is both very black and white but also glam and glitter.

And then there are some brutal twists, it was not just a glamorous time, says antiquarian Susanna Pousette Blomé.

The woman as the norm

1921 was the year when Swedish women were allowed to vote, and be voted into the Riksdag, for the first time.

The exhibition's focus on women has been partly motivated by the anniversary year, but also by a desire to "turn the tables", says Susanna Pousette Blomé.

- Usually when you do an exhibition and want to highlight women, the women get a corner, and you might highlight a woman who "was absolutely fantastic" - but then the rest of the exhibition is indirectly about men.

Here we have turned it around, and given men a clear place while women are more indirectly present.

The exhibition will be inaugurated on Sunday, which is also the exact 100th anniversary of the first female turnout in Sweden.

Then visitors can, among other things, try 20s dance and get a guided steamboat tour with the city antiquarian Anna Götzlinger.

See parts of the exhibition and hear Susanna Pousette Blomé talk about Eskilstuna's transforming 1920s in the clip above.