The "great central political movement", martingale of the Modem - France 24

The "great central political movement", martingale of the Modem Cheverny (France) (AFP) Gathered for their parliamentary days, the leaders of the MoDem push to the wheel "the great central political movement" dreamed up before the presidential election by François Bayrou, new avatar of a "common house" of the majority whose contours remain vague and the future uncertain. On the centrist lands of Loir-et-Cher, the caciques of the Modem have resumed the offens 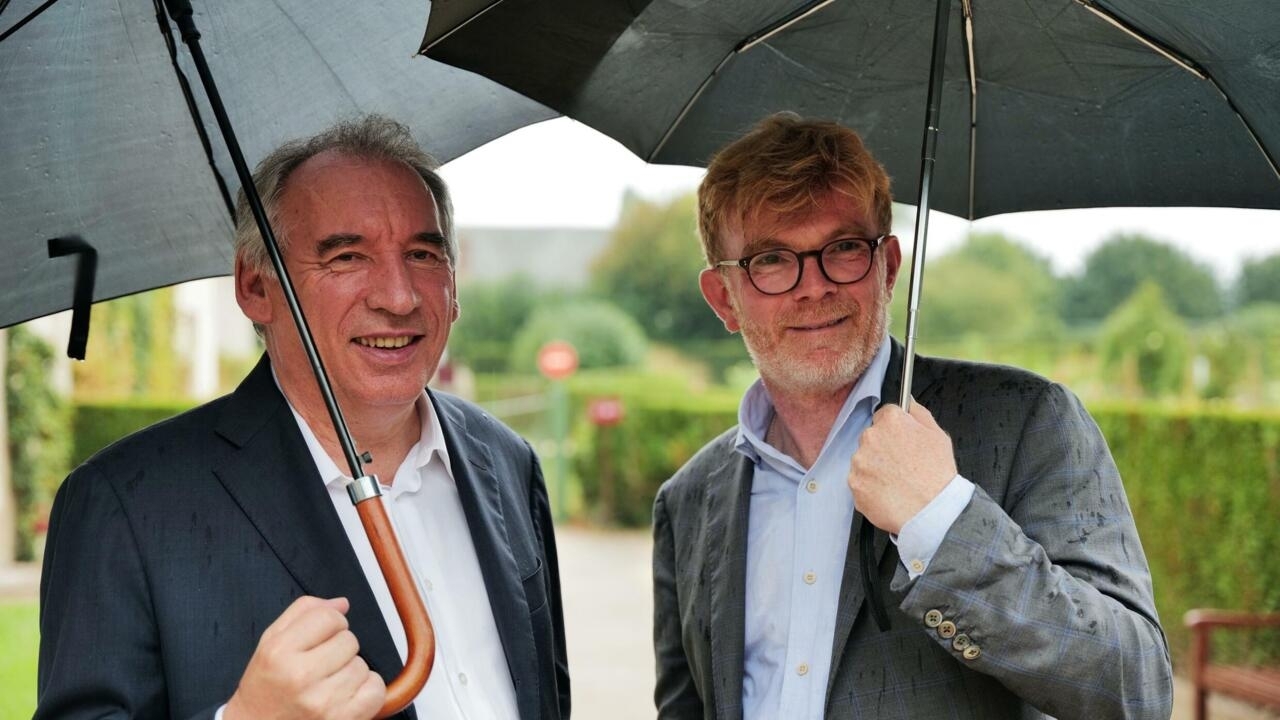 Gathered for their parliamentary days, the leaders of the MoDem push to the wheel "the great central political movement" dreamed up before the presidential election by François Bayrou, new avatar of a "common house" of the majority whose contours remain vague and the future uncertain.

On the centrist lands of Loir-et-Cher, the caciques of the Modem have resumed the offensive to defend the great political design of their historical leader, François Bayrou, "the identification and unification of the center in France": "a operation on the scale of half a century ", estimates the current High Commissioner for Planning.

In an interview with Figaro on Saturday, Emmanuel Macron's ally had revived the idea of ​​a "great central political movement" for the presidential election.

The next day, in the Journal du Dimanche, the influential political adviser to the Head of State, the LREM MEP Stéphane Séjourné, had pleaded for the creation of a "large French democratic party" bringing together "by the legislative elections "of 2022 the various components of the majority.

If the project of "common house", sea serpent of the majority for two years, seems to draw a common horizon, it still stumbles on the contracting authority, delivery times and even ... the composition of materials or the choice of furniture.

For Mr. Bayrou, this is the "decisive moment".

"It was not possible before, it will not be after" - understand after the presidential election.

"The past election, we will be in a showdown," predicts the centrist leader.

The movement "will be co-founded by the two political forces of 2017, LREM and MoDem, it is not a catch-all", he adds, noting that "there is no fundamental difference and substantial between us ".

The stated ambition of the boss of the Modem is to anchor the presidential majority in the center while the imminent announcement of a future macro-compatible party launched by the former Prime Minister Edouard Philippe, is fueling speculation.

The mayor of Le Havre, who has always claimed to be on the right, does he not risk tipping the center of gravity of the majority?

"When François Bayrou hardens the speech, he knows that behind, there is Edouard Philippe who speaks of bringing together the right and the center (...) For him, the historical heart of the majority should not be eaten", analysis a heavyweight of the macronie.

Others see it as a maneuver in view of the next legislative nominations, the Modem currently counting about fifty deputies.

- Is the future far?

The former Minister of the Interior, however, did not expand on his vision of things.

Same story with another historical macronist, the President of the National Assembly, Richard Ferrand: "the great central pole of French public life is the future".

Invited Thursday morning to participate in a debate of the parliamentary days of the MoDem, he however warned against the "dangers of outburst".

At the beginning of the week, he called not to "confuse the Annunciation and the Nativity", on the subject of the "common house".

Faced with Prime Minister Jean Castex who came to close these days, the boss of Modem deputies, Patrick Mignola pleaded: "This family must organize itself to expand".

"The time has come to (...) take an additional step in the construction of this common house", replied the head of government, without dwelling on the subject.

In the middle of the vines of Cheverny, the MoDem parliamentarians displayed their degree of openness by inviting, in addition to their allies, personalities such as the president of the Centrists, Hervé Morin, support of Valérie Pécresse, the former socialist Prime Minister Manuel Valls or the PS mayor of Dijon, François Rebsamen.

Keeping up with the mystery of the contours of his political project, François Bayrou must partly lift the veil during his party's re-entry university, in Guidel (Morbihan) at the end of September.

The future movement "will respect what we are and what we have", sums up the centrist leader who promises to escape the "fatality of division".