Yesterday, the Moroccan Minister of Interior announced that the National Rally of Independents had won the parliamentary elections with 97 seats, after 96% of the votes were counted, while the Justice and Development Party (PJD) fell to eighth place after leading the previous elections. 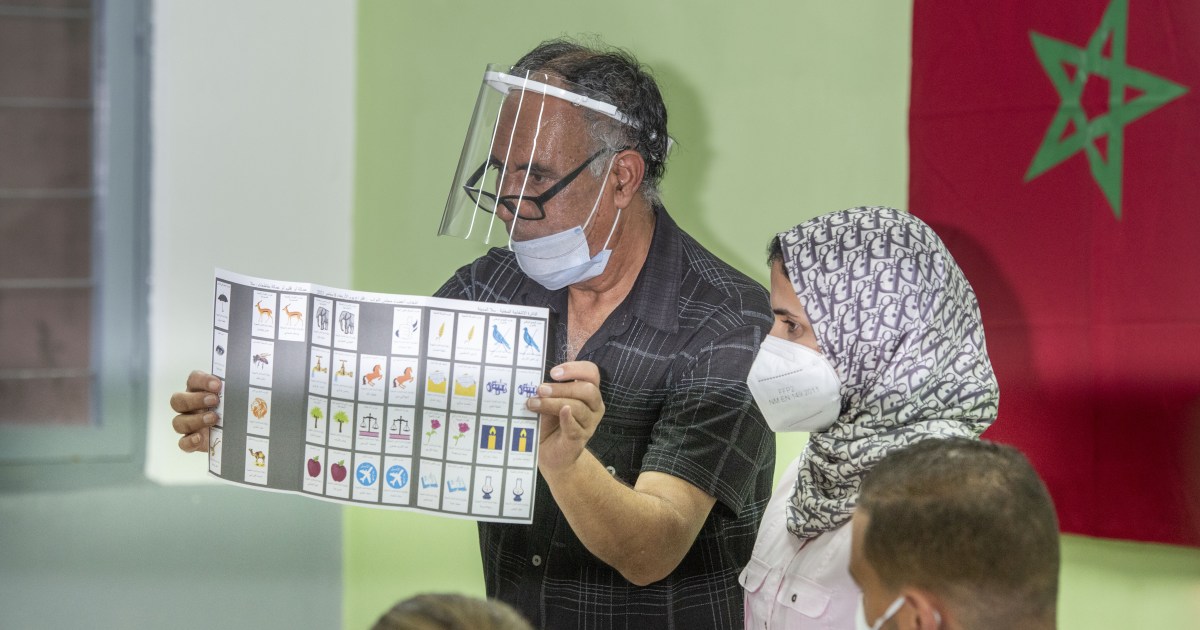 Moroccan Interior Minister Abdelouafi Laftit announced last night that the National Rally of Independents (RN) party topped the parliamentary elections with 97 seats, after 96% of the votes were counted, while the Justice and Development Party (PJD) fell to eighth place after the 2016 and 2011 elections, while the voter turnout was 50.3%.

The Minister of Interior stated that the results of the vote counting in the legislative elections showed that the National Rally of Independents won the first place with 97 seats out of the 395 seats in parliament, followed by the Authenticity and Modernity Party with 82, and the Independence Party third with 78 seats.

The Justice and Development Party, which leads the government coalition, ranked eighth with 12 seats, after it came first in the 2016 parliamentary elections with 125 seats.

The Socialist Union Parties (35 seats), the Popular Movement (26 seats), Progress and Socialism (20 seats), and the Constitutional Union (18 seats) were ahead of the Justice and Development Party, while the rest of the other parties won 12 seats.

The Justice and Development Party topped the parliamentary elections on October 7, 2016, and the Authenticity and Modernity Party came second (102), the Istiqlal Party third (46), the National Rally of Independents (37), the Popular Movement (27), the Socialist Union (27). 20), then the Constitutional Union (19), then progress and socialism (12).

He added that the September 8 elections witnessed "the participation of 8,789,676 male and female voters, an increase of 2,152,252 voters compared to the 2016 legislative elections," noting that the voting process took place in general under normal circumstances, with the exception of some isolated cases in A limited number of voting offices.

🚨 A harsh defeat for the ruling Justice and Development Party in #Morocco after it topped the 2016 elections - with 125 deputies to a setback for 12 deputies in today's elections! It was defeated due to divisions and mismanagement of the #coronavirus pandemic, the economic situation and normalization

🚨 I repeat, the defeat of the Islamists will be at the polls, not with a military or constitutional coup🧐 pic.twitter.com/40du4j0TCS

The Secretary-General of the Justice and Development Party, Saad El-Din El Othmani, had said that his party is still waiting to receive the voting records in a number of regions, adding that not receiving them does not make it possible to ascertain the real results of the elections.

Several political parties - including the Justice and Development Party, the Left Federalist Alliance and the United Socialist Party - submitted reports in which they spoke of what they described as violations and violations of the voting process, most notably the use of funds, directing voters and the uncertainty of their identities, according to the description of those communications.

Those parties called on the official authorities to intervene to stop these practices, while other parties, including the Popular Movement, said that they did not record violations.

The vote included - for the first time in the history of Morocco on the same day - the parliamentary elections (395 seats) and the local and regional elections (more than 31 thousand), which contributed to raising the participation rate, according to observers.

After the elections, King Mohammed VI appoints a prime minister from the party that obtains the largest bloc in parliament, and the prime minister-designate is supposed to form a new government for a period of five years.