Fully pleaded guilty: the court arrested the accused of rape and murder of two schoolgirls

In the Kemerovo region, a court arrested for two months a person accused of rape and murder of two ten-year-old schoolgirls. As RT was told in the regional department of the IC, Viktor Pesternikov has already been charged with the final version under three articles of the Criminal Code of the Russian Federation. He fully admitted his guilt and in the course of the investigative actions showed how he killed the schoolgirls and where he hid their bodies. The case is also being investigated about the negligence of officials who were obliged to follow Pesternikov after his release from the colony. 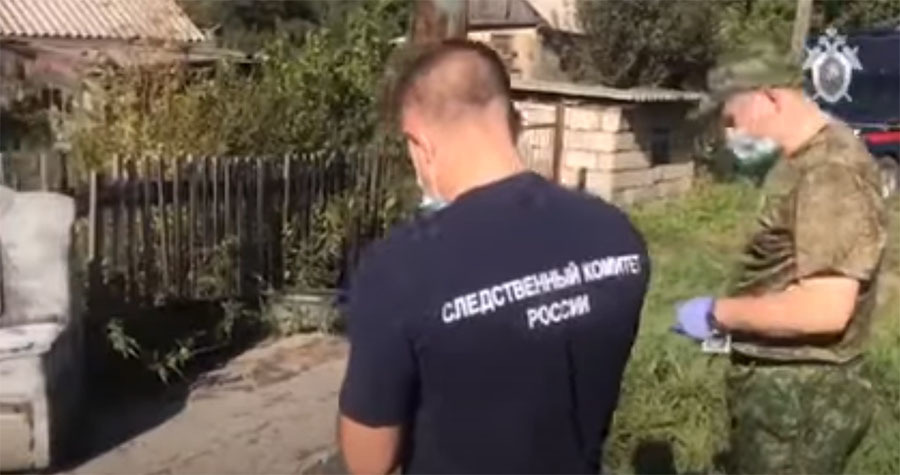 The Central District Court of Kemerovo has arrested 41-year-old Viktor Pesternikov for two months, who is accused of rape and murder of two ten-year-old schoolgirls in the city of Kiselevsk.

This was reported to RT by a representative of the Investigative Department of the TFR in the Kemerovo Region.

An aggravating circumstance is that Pesternikov already has a conviction for a crime against the sexual inviolability of a minor, ”the department said.

Representatives of the UK also said that the man had completely pleaded guilty.

In an investigative experiment, he showed how he killed the schoolgirls and where he hid their bodies.

The press service of the Investigative Committee published excerpts from the interrogation of the accused.

Promised sweets and food for pigeons

The investigation established that they were returning from school during the day.

At a public transport stop, they saw a man with seeds in his hands and asked him to share in order to feed the pigeon.

In a state of alcoholic intoxication, Pesternikov invited the schoolgirls to go to the store together, buy them sweets and food for pigeons.

The girls agreed: CCTV cameras recorded them together with the man in the store when he was buying candy and alcohol.

After that, the man convinced them to visit him.

“In an abandoned house where he temporarily lived, the accused, having consumed alcohol, committed violent crimes of a sexual nature against the girls.

To prevent the victims from telling anyone about what happened, the man strangled the girls, threw mattresses on their bodies and went to work, "the regional investigation department told RT.

The parents of one of the girls went to the police on the same day, when their daughter did not return from school on time.

A search operation was organized, in which law enforcement officers and volunteers participated.

The bodies of the girls were found the next morning, at the same time Pesternikov was detained.

According to preliminary data, the man strangled both girls, but the exact cause of death will be established by forensic medical examinations.

The accused himself will undergo a comprehensive psychological and psychiatric examination.

Gone out of surveillance

Earlier, RT said that in 2009 the court sentenced Pesternikov to ten years in a maximum security penal colony for sexual assault against minors.

At that time, the man was married.

His wife, with whom they raised two children, filed for divorce during the investigation.

In April 2019, the pedophile was released from the colony.

By a court decision, administrative supervision was established over him.

Pesternikov was ordered to register regularly at his place of residence in the town of Myski, Kemerovo Region, and be at home after 22:00.

However, he periodically violated these rules.

He was also forbidden to travel outside the Myskovsky urban district.

Despite this, the former convict went to Kiselevsk and did not register with the police, so his neighbors and colleagues did not know who lived next to them.

Now the Investigative Committee is investigating a criminal case on the negligence of officials who were supposed to follow Pesternikov after his release from the colony (Article 293 of the Criminal Code of the Russian Federation).

In addition, investigators find out the conditions in which the girls lived.

“During the preliminary investigation, the reasons and conditions that contributed to the commission of a particularly grave crime against children will be analyzed.

The conditions in which the victims were brought up are being clarified, a legal assessment will be given to the actions of the parents, "the regional investigative committee explained to RT.

According to media reports, one of the dead girls was brought up in a dysfunctional family. Her mother did not even know that her daughter had not returned home from school. The day after the disappearance, volunteer search engines found a woman in the village of Aleksandrovka, 10 km from Kiselevsk - she was drunk and did not remember anything. It was the volunteers who told her about their daughter's disappearance.