Unprecedented decline in the fight against AIDS, tuberculosis and malaria due to Covid-19 (Global Fund) - France 24

Unprecedented decline in the fight against AIDS, tuberculosis and malaria due to Covid-19 (Global Fund) 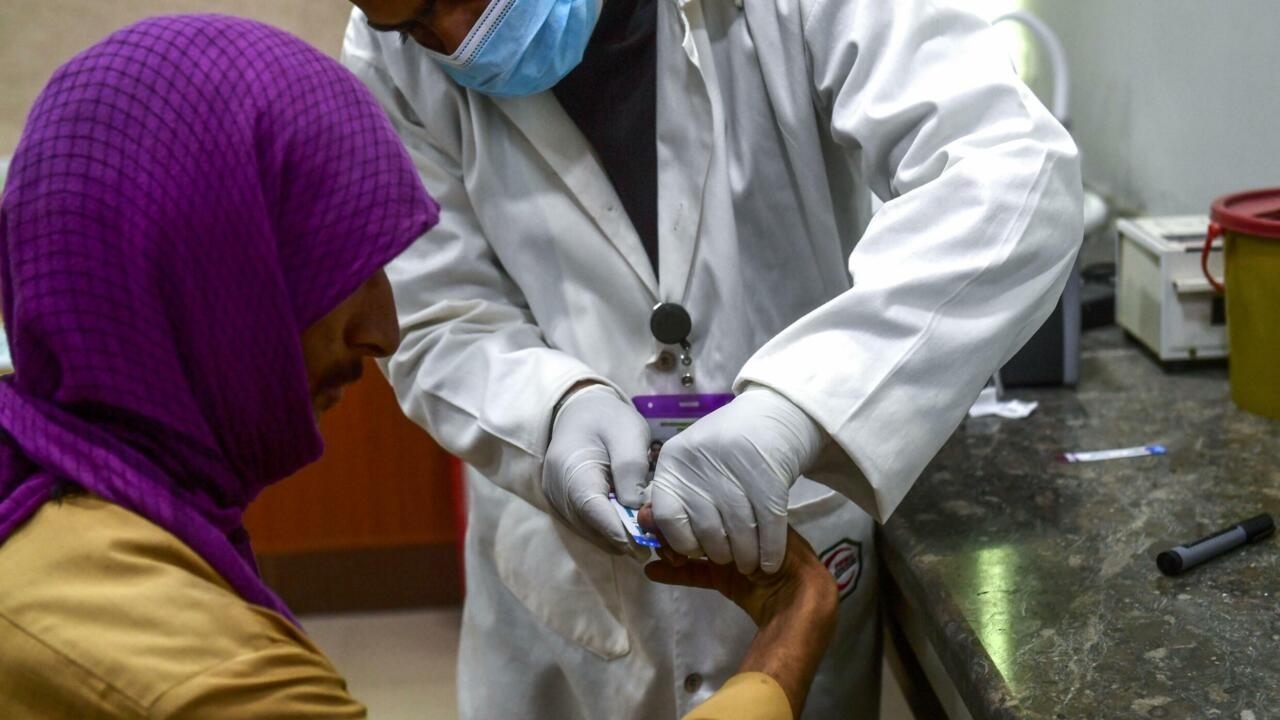 The Covid-19 has had a "devastating impact" on the fight against AIDS, malaria and tuberculosis, which has experienced an unprecedented decline, the Global Fund to fight against these diseases lamented in its annual report on Wednesday.

For the first time since its creation in 2002, the Fund is reporting backtracking: it is particularly concerned about significant cuts in HIV testing and prevention services for key and vulnerable populations, and a sharp decrease in number of people tested and treated for TB, with particular impact on drug-resistant TB control programs.

The 2020 figures "confirm what we feared when the Covid-19 appeared," summed up Peter Sands, executive director of the Fund, quoted in the report.

"The impact of Covid-19 has been devastating. For the first time in our history, our main indicators are on the decline."

Covid-19 has severely disrupted access to health systems, screening tests and treatment in many countries.

The pandemic has had "catastrophic" consequences in the fight against tuberculosis.

In 2020, the number of people treated for drug-resistant tuberculosis fell by 19%.

In countries where the Global Fund invests, some 4.7 million people with the disease have received treatment, about one million fewer than in 2019.

A child is weighed before being vaccinated against tuberculosis and polio in Banda Aceh (Indonesia) on August 11, 2020 CHAIDEER MAHYUDDIN AFP

On the fight against HIV, the impact of Covid is also significant.

While the number of positive people receiving antiretroviral treatment continued to increase, by 9% in 2020, the report indicates an "alarming" decline in prevention and screening services for key and vulnerable people.

The number of people reached by AIDS prevention programs decreased by 11% in 2020, by 12% among the youngest populations.

The number of treatments given to mothers to prevent their babies from contracting the virus has fallen by 4.5%.

AIDS testing has declined by 22% overall, delaying the start of treatment in most countries.

In countries where the Global Fund invests, 21.9 million people were on antiretroviral therapy for HIV in 2020, an increase of 8.8% from 2019.

So far, malaria programs appear to have been less affected by Covid-19, the report continues.

In particular, the number of mosquito nets distributed continued to grow, by 17% in 2020. In fact, in a number of countries, volunteers engaged in the fight against the disease have abandoned distributions in large centers, which are incompatible with the pandemic. for the benefit of door-to-door.

A woman is resting under a mosquito net in Barcelona (Venezuela), March 16, 2021 Pedro Rances Mattey AFP

However, the number of screenings of people suspected of having malaria fell by 4.3% in 2020. And progress to contain the disease has stagnated, deplores the Fund.

The Covid-19 pandemic has shed light on the "critical importance" of health systems around the world, the Fund said.

A little girl receives an injection to treat her malaria in a dispensary in Ziniare, Burkina Faso, August 20, 2019 Olympia DE MAISMONT AFP / Archives

There are some glimmers of hope, however: it has been at the origin of a number of innovations which have benefited the fight against AIDS, tuberculosis and malaria.

In Nigeria, for example, the national AIDS control agency appropriately carried out HIV tests on people who went to medical centers for Covid tests, reports the Fund.

In 2020, the Fund's rapid response to the pandemic made it possible to avoid the worst, he also welcomes.

The Global Fund is an original partnership between States, civil society, the private sector and patients.

Half of its funds go to the fight against AIDS and half to malaria and tuberculosis.

Since its creation in 2002, it claims 44 million lives saved.