The turnaround: A new chance that Göteborgsvarvet 2021 will be off - after all

Recently, the news came that there will be no Gothenburg shipyard in 2021. But after the news that the corona restrictions may soon be lifted, there is now an opening: Both the half marathon and the marathon may, after all, be over anyway. - The probability is good that we will try to get to the races in the first half of October, says Jahja Zeqiraj, chairman of the Gothenburg Athletics Association. 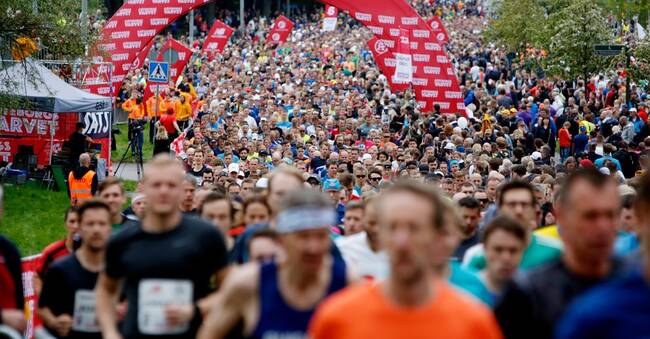 It is on Wednesday that the board of the Gothenburg Athletics Association, relevant authorities and the City of Gothenburg will try to come up with a strategy to, after all, get the long-awaited folk party.

It has become something of a roller coaster between hope and despair, when the laps have been on and canceled, but now there is a new light in the tunnel and the races may be over.

- We are ready to press the start button to start the organization for the races, says Jahja Zeqiraj, chairman of the Gothenburg Athletics Association.

Despite the risk - want to try again

The newspaper Göteborgs-Posten was the first to report on the news on Tuesday evening.

Jahja Zeqiraj tells SVT Nyheter that they are aware of the risk that the restrictions may come back quickly, but that they still want to make another attempt.

- We all long for the races to end, and I will give the board the task of trying, he says.

The Gothenburg Athletics Association promises to return with a message on Wednesday, if the races will after all take place.