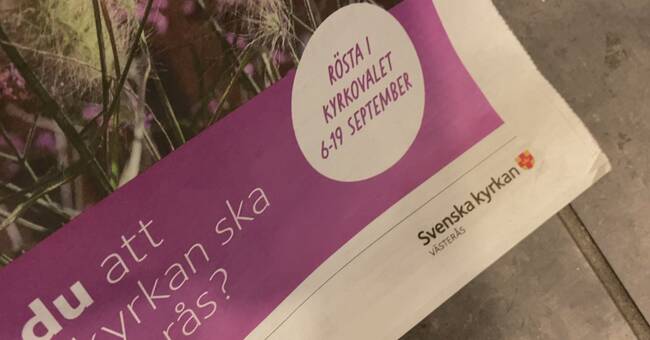 September 19 is the church election and already now you can vote early.

That is why the Church of Sweden in Västerås has sent out an election appendix to all Västerås residents.

In the election appendix, you can read "find the Democrats" in the box for the contact information for the Left in the Church of Sweden (ViSK).

- Even if it were a distasteful proofreading error, ViSK believes that the error is so serious that the group thus no longer participates in the election on equal terms with other nomination groups, says Cicilia Sedvall (ViSK).

Missed the proofreading themselves

ViSK themselves had the opportunity to see the article before it would go to press, but they also missed that the "founding Democrats" were there.

I wish I had found that then, says Cicilia Sedvall (ViSK).

The Church of Sweden in Västerås regrets what happened.

- We have fixed it in the digital edition.

We have also posted new links on our digital web, on Facebook and in all channels.

But it is also above all about the human factor, says Ulrika Säfström Sunnerfelt, head of communications at the Church of Sweden in Västerås.