45 minutes and 12 meters high: the wave that could 'bury' the western coast of Andalusia

Between 45 minutes and an hour. That is the time it would take for the giant wave of a tsunami to flood the western coast of Andalusia. At some points, the flood could come ... 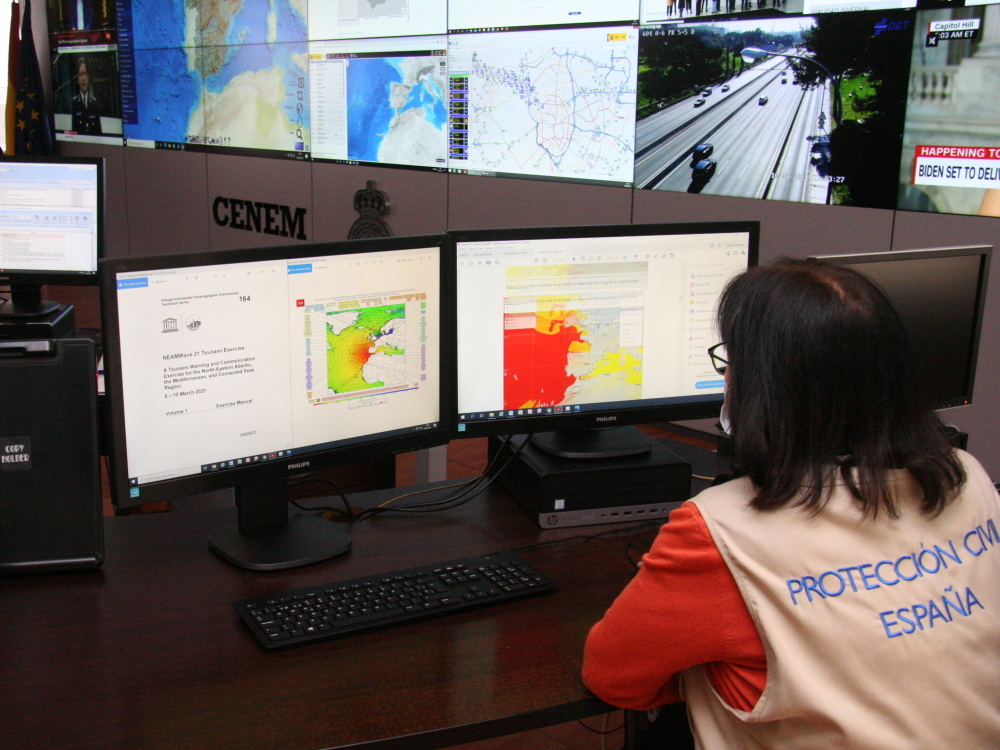 That is the time it would take for the giant wave of a tsunami to flood the western coast of Andalusia.

At some points, the flood could reach twelve meters and, another fact to take into account, the water would take a long time to withdraw.

The above calculations are part

of the risk study

that the Andalusian Regional Government technicians have prepared and on which the tsunami contingency plan is based, in part, that this Tuesday has been analyzed by the Governing Council of the Junta and which it intends provide the community with tools that prevent risk situations and minimize damage in the event of an unlikely natural catastrophe but possible in any case.

. It was November 1, 1755, All Saints' Day and the origin was a devastating earthquake with an epicenter in Lisbon that took place at 9.52 in the morning (Spanish time). In a matter of minutes the sea withdrew announcing the tsunami. The waves washed away the Portuguese capital in just under 30 minutes, but the tsunami reached the shores of Huelva at 47 minutes and those of Cádiz at 11:10 in the morning.

Precisely, that strip of the Andalusian coast, the one that goes from Ayamonte, in Huelva, to Tarifa, already in Cádiz, is the one that the experts of the Board have underlined in red in the study of tsunami risks. It is, says the document to whose content this newspaper has had access, the area that is exposed to the

and a most devastating tsunami.

The waves could reach

in height at some points on the coast of Cádiz and, in particular, between the towns of Conil de la Frontera and Cabo de Trafalgar. But the risk would extend further and would include up to 22 municipalities, ten of them in the province of Huelva -Ayamonte, Isla Cristina, Lepe, Cartaya, Punta Umbría, Huelva, Palos de la Frontera, Moguer, Lucena del Puerto and Almonte. - and another twelve in Cádiz -Sanlúcar de Barrameda, Chipiona, Rota, El Puerto de Santa María, Puerto Real, San Fernando, Cádiz, Chiclana de la Frontera, Conil de la Frontera, Vejer de la Frontera, Barbate and Tarifa-.

The danger in this western strip of the Andalusian coast would be not only in the height of the waves, but also in that, given the

of the terrain, the areas would be flooded for a longer time, although, those yes, there would be a margin of up to one hour before the wave came to cover the territory.

There would be less margin, always according to the data from the risk study prepared by the Board, at the other end of the community's coast, on the

In this area, although the danger is less, there would also be less room for reaction, since in 20 minutes, half an hour at the most, the wave would reach the mainland.

But the intensity would be considerably lower, since the waves would not exceed five meters in height and the orography would alleviate the damage.

In any case, the Andalusian Administration still has to complete the study of risks on the eastern coast, although there is already a study detailing the risks.

This study warned of the danger posed by the

, in the Alboran Sea, after discovering that its geology has the capacity to generate waves of more than six meters that would affect the Andalusian coasts and a magnitude 7 earthquake.

The Board insists that there is

in Andalusia, although the contingency plan includes the realization in the coming weeks of a tidal wave drill that would affect the provinces of Huelva and Cádiz.

The announcement of the

will be made this Wednesday after a technical meeting and will be attended by members of 112, the Andalusian Emergency Group, firefighters, Civil Guard, local police, Autonomous Police, 061 and the Red Cross.

Spain has a special state plan for this type of risk, although there is no autonomous community that has planned it.

The measures of the plan also include the maintenance of a

on the means and resources available in the event of a tsunami, in addition to defining the organization, means and channels of collaboration that allow information on tsunami alerts to get to the protection authorities. civil society and public bodies and services, as well as the potentially affected population.

The document also contemplates the organization of information programs for the population, which allows, through knowledge of the phenomenon, to establish their own self-protection systems.

A technician participates in a tsunami drill exercise last March.

For its preparation, the

EMSN-078 program has been used, which has created a simulation of the danger and vulnerability of the Andalusian coasts susceptible to being affected by this phenomenon, as well as the flooding of the beaches and their municipalities. .

It would not be the first tidal wave drill in Andalusia, since last March the community was included in

, an exercise on what a tsunami warning