Tunisia..the seven call for the speedy return of the constitutional order and the death of a wounded revolutionary who set himself on fire

The ambassadors of the Group of Seven major called the Tunisian president to quickly appoint a new head of government, and to return to the constitutional system, while a young man who was wounded in the Tunisian revolution died after setting himself on fire in protest against the lack of government support. 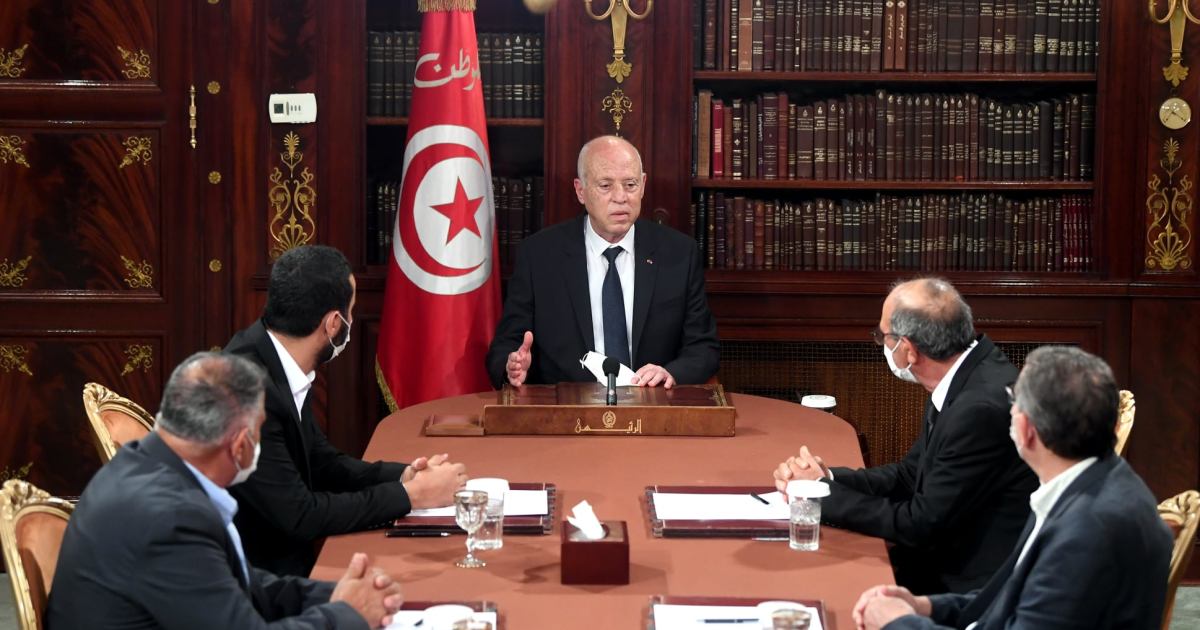 The ambassadors of the Group of Seven major countries called on Tunisian President Kais Saied, today, Monday, to quickly appoint a new head of government, and to return to the constitutional system in which the elected parliament plays a major role, while a young man from the wounded in the Tunisian revolution died today after setting himself on fire in protest against the lack of government support.

And the British embassy in Tunisia published - on social media - a statement by the ambassadors of the seven countries, in which it affirmed "the urgent need to assign a new prime minister capable of forming a government that can address the economic and health crises that Tunisia is facing."

The position of the ambassadors of the Group of Seven countries represents the clearest public expression of unease on the part of Tunisia's Western allies, since President Kais Saied tightened his grip on the ruling powers on July 25, in a move described by his opponents as a coup, as he froze the work of Parliament and lifted the immunity of Its members, the Prime Minister Hicham Al-Mashishi, was relieved, and the Tunisian president announced the assumption of executive power with the help of a government that appoints its president.

President Saeed justified his exceptional decisions as being compatible with the constitution, and that they are necessary to confront the state of political paralysis in the country and state institutions, and the dangerous epidemiological situation related to the Corona virus pandemic.

And after 6 weeks of the Tunisian president’s decisions, Saeed did not assign any prime minister, and he also extended the freezing of parliament indefinitely, after everyone was waiting for the expiry of his exceptional measures after 30 days.

There is talk of the President of the Republic seeking to amend the constitution due to his dissatisfaction with the existing political system.

In a related context, the Ennahda movement demanded today, Monday, the end of the exceptional situation in the country and the lifting of the freeze on Parliament, in a move that reflects the ongoing dispute with President Said.

The largest Tunisian party in Parliament called - in a press statement - for the return of the normal functioning of the institutions and the formation of a legitimate government, describing the state of the country as ambiguous.

The Ennahda movement also called for a national dialogue on controversial issues, foremost of which are reforms related to the political system and the electoral law in preparation for new elections.

On the other hand, the Tunisian young man, Naji Al-Hafian, last Saturday breathed his last in a hospital in the southern suburbs of the Tunisian capital. His father, Bashir Al-Hafian, told Agence France-Presse that his son set himself on fire last Thursday due to the harsh social conditions in which his family lives.

The incident of Cheb Naji is reminiscent of the incident of Mohamed Bouazizi, the street vendor who set himself on fire on December 17, 2010, which sparked the Tunisian revolution that ended the reign of President Zine El Abidine Ben Ali, and was followed by the outbreak of the Arab Spring revolutions in other countries in the region.

He was living in the popular neighborhood of Intilaaqah in Tunis, and his sister Zahra Hafian said that he did not receive any help from the authorities and felt completely ignored, even though his name is included in the official list of the wounded of the revolution.

The father of the deceased had sent a letter a month ago to President Qais Saeed explaining the situation of his son and asking him to intervene to help his family in the face of great economic difficulties, but the president did not respond to the letter.