On Monday, a 220-tonne transformer traveled about 140 km on the county's roads and now took a night's rest in Spjutmo just south of Älvdalen. 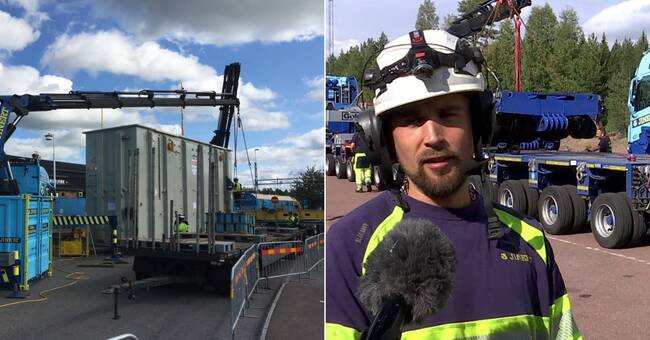 The trailer will be extended during the night with another six axles to pass through the central Älvdalen early in the morning on the way to Lillhärdal in Härjedalen.

Project manager Joakim Andersson has so far been satisfied with the trip, which largely went next to the main roads in Dalarna.

- A height of 620 centimeters has meant that we have had to lift electricity and telecommunications lines in a number of places, but it was planned, he says and sums up Monday's trip with the fact that it went very well.

Ahead of Tuesday, the crew will be expanded to a length of 52 meters, from 45 meters, then with a total weight of 360 tons.