A prominent statue of the discoverer Christopher Columbus, in one of the main avenues of Mexico City, will be replaced by that of an indigenous Mexican woman, has ... 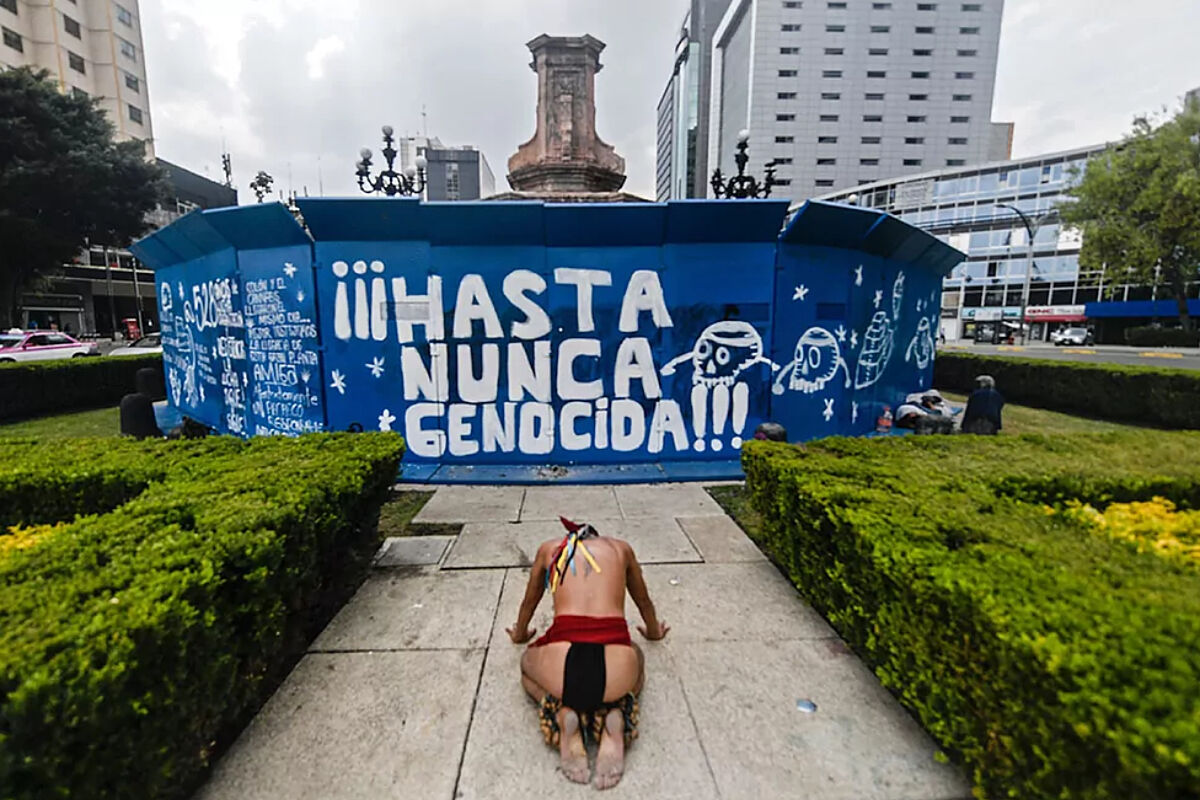 A prominent statue of the discoverer Christopher Columbus, on one of the main avenues of Mexico City, will be replaced by that of an indigenous Mexican woman, the mayor of the capital, Claudia Sheinbaum, has announced.

The 19th-century bronze statue was removed from Paseo de la Reforma last year for restoration work before an annual protest.

It is about giving way to

a monument that does "social justice"

regarding the historical role of women in Mexico, especially those of indigenous origin, Sheinbaum said at a ceremony in the Mexican capital.

"Of course we recognize Columbus. But there are two visions," Sheinbaum said, adding that one of them is the European vision of the "discovery of America," despite the fact that in Mexico civilizations had existed for centuries.

"And there is another vision from here, that

in reality a European came to America

, who made a meeting between two places, and then came the (Spanish) conquest," he added.

The statue of Columbus will be relocated to a "worthy" place in the city, the mayor said.

Several statues of the sailor, whose Spanish-funded expeditions beginning in the 1490s led the way to the conquest of America, have been removed from American cities since the

and the global rethinking of the colonial era and the legacy of slavery.

Sheinbaum is a close ally of leftist President Andrés Manuel López Obrador, who has tried to present his government first and foremost as an advocate for the poor and indigenous communities, many of which are among the least favored in the country.

History Letter to López Obrador about Aztecs and human entrails