Now the gates to the theater in Landskrona open again: "Premiärnervigt"

For a year and a half, the chairs in the theater hall in Landskrona have been empty - but now the audience is welcomed back. This autumn, a packed program awaits, including a musical, stand-up and jazz café. 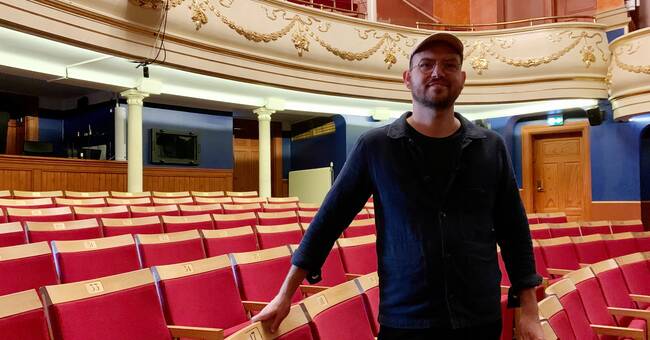 Since the corona pandemic entered in March last year, Landskrona Theater has kept its doors closed.

But now the theater has opened up to the public again and next week the salon opens through a concert with the Malmö Opera Orchestra.

- It feels very good and it is a special energy that you feel both in myself and the staff.

Sweden's plan to open up society was that all participation restrictions would be removed in September, but due to the spread of infection, the government has announced that it is awaiting information about new reliefs.

For Landskrona theater, this means that only 50 to 70 seats can be filled in the salon out of a total of 254 and already now several of the autumn events are almost fully booked.

- I look forward to meeting the audience again even if there are restrictions, says Thomas Jönsson.

Hope to be able to open up more

The hope is that the restrictions will ease later this autumn - but the theater's program managers do not dare to hope for too much.

- I have stopped predicting the future and am satisfied as it is right now, but just like everyone else, they hope to be able to open up to more people, says Thomas Jönsson, program manager at Landskrona theater.

What are you most looking forward to this autumn?

- Some gold nuggets are the musical Euphoria with Hampus Nesswold in the lead role where Rebecca and Fiona wrote the music, Carl Einar Häckner has a sneak premiere of his new show and then we have a new concept called feeling where we invite an artist to the restaurant scene to be the center of the evening and have a special theme.