"Remontada": Montebourg presents its candidacy for the 2022 presidential election

Arnaud Montebourg launches into the French presidential battle. The former socialist minister formalized his candidacy this Saturday, September 4, 2021 in his hometown of Clamecy, in the Niè ... 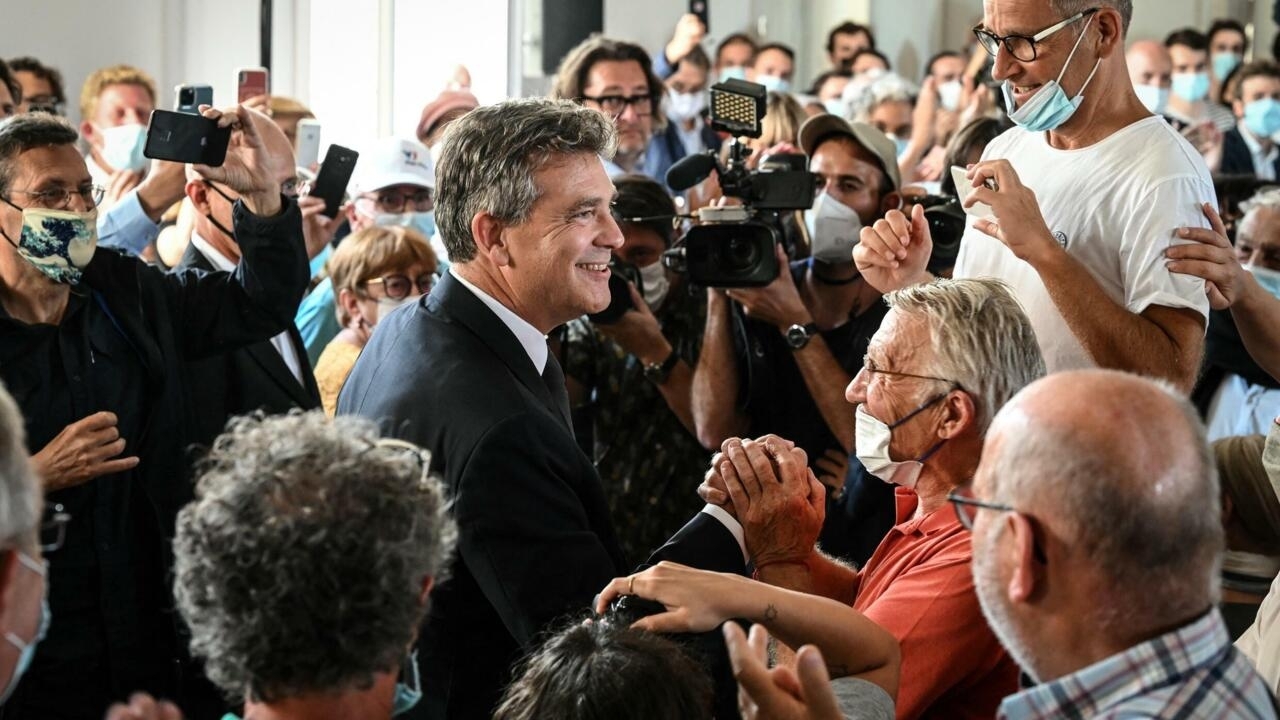 "Remontada": Montebourg presents its candidacy for the 2022 presidential election

Arnaud Montebourg announced his candidacy at home, in the Nièvre.

The former socialist minister formalized his candidacy this Saturday, September 4, 2021 in his hometown of Clamecy, in the Nièvre, with a slogan from the Spanish football spheres and Italian background music: "Bella Ciao".

With our special correspondent in Clamecy,

France is losing the industrial, social, ecological or political match, and there are five years left before the final whistle.

But Arnaud Montebourg is convinced: he and he alone can reverse the trend.

France is at a crucial moment in its history, where it risks a painful and fatal elimination.

Join the "remountada" project and unite around it!

Around the project, but also around the man, who intends to highlight his experience as a former Minister of the Economy and now an entrepreneur.

At 53, I resumed my studies, I trained like millions of French people.

I fought unemployment, modestly, because my small businesses created their first jobs.

A speech punctuated by concrete measures, such as the renationalization of motorway companies, but also a small allusion to Jean-Luc Mélenchon, whose electorate he is targeting, and especially some settling of scores, with Emmanuel Macron as the main target.

Who could have imagined that in 2017 we would elect a man who would push the abuse of personal power so far?

Does France still have a government?

It is through a tour of France of small towns and sub-prefectures, which he intends to reindustrialize, that Arnaud Montebourg wants to achieve his “remountada”, before conquering Paris and the Elysee.