The niece of the Emperor of Japan, Naruhito, Princess Mako Akishino, has refused a million-pound grant from the Japanese government, to help her marry her fiancé, whom she chose from among the common people, and move with him to the United States, in an unprecedented violation of imperial traditions. 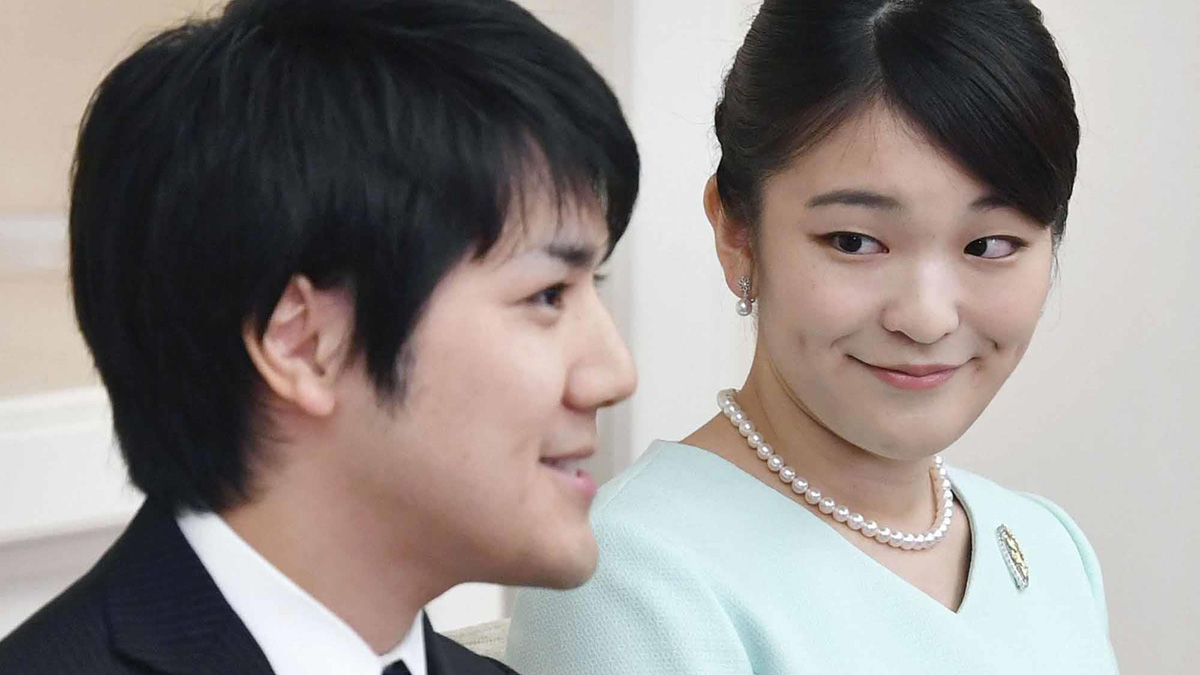 After deciding to marry a commoner man

Japanese Princess Mako and her fiancé.

Japan's Emperor Naruhito's niece, Princess Mako Akishino, has refused a million-pound grant from the Japanese government to help her marry her fiancé, whom she chose from among the common people, and move with him to the United States, in an unprecedented violation of Japanese imperial tradition.

These low-key celebrations, which will take place during the planned wedding, expected to take place by the end of the year, are a tacit acknowledgment of the controversy surrounding her commoner fiancé, Kei Komuro, whom the Imperial Palace has unsuccessfully tried to keep away.

Mako, the daughter of the younger brother of the Emperor of Japan, Prince Fumihito, is 29, and Komuro is also 29, and they met while they were students at Tokyo International Christian University.

Komuro, who previously studied law in the United States, has earned the title of "Sea Prince" in his hometown of Yokohama, a title given to attractive local youth whose images are used to promote tourism in the coastal region.

Shortly after announcing their engagement in 2017, a Japanese magazine reported a financial dispute involving his mother, forcing them to put their wedding plans on hold.

Kayo Komuro, a widow, had a long-running dispute with a former partner over the 4 million yen (£26,000) she had contributed to the family's livelihood.

However, the owner of the money claims that it was a loan that must be repaid.

Japanese newspapers have hinted that Komuro may be motivated by a desire for money rather than his love for Mako, and this mysterious feud has occupied the covers of Japanese tabloids, putting the two at risk of breaking off their engagement. But they seem determined to move forward. “For us, marriage is a necessary choice to live together and honor our hearts,” Mako said last year.

Fumihito reluctantly agreed. "If that's what they really want, I don't mind," he said. "From my point of view, I think they are not in a position where many people are satisfied and happy," he said last year. "One thing I can say for sure, is that even if some action is taken to address the issue of the financial scandal, it is still visible." .

Princesses who lose their imperial status when they marry a commoner are usually paid a large wedding sum. In the normal course of things, Mako would have enjoyed some 150 million Japanese yen (£990,000) in taxpayers' money in her married life, "to preserve the dignity of the one who was once a member of the imperial family".

The wedding was postponed in 2018, the official argument being the lack of time to prepare the traditional ceremonial ceremonies at the imperial court.

Komuro is awaiting the results of his law exams in the United States, after which he intends to accept a job offer at a New York law firm. Although the princess has also studied at the universities of Edinburgh and Leicester, she will be the first former member of the Japanese imperial family to settle abroad.

According to Japanese media leaks, the couple will also skip the traditional imperial marriage rites, which are the betrothal ceremonies, in which the bride leaving the imperial palace offers thanks and farewell to Naruhito and Empress Masako.

Mako's younger brother, Prince Hisahito, who is 14, is currently the only heir to the throne in Japan, after his father, as the imperial court only recognizes paternal lineage, and women are not entitled to inherit the throne.

Komuro, who previously studied law in the United States, earned the title of "Sea Prince" in his hometown of Yokohama, a title given to attractive local youths whose images are used to promote tourism in the coastal region.