Foreign Policy: The Tunisian army is the only one in the Arab world to stay away from politics.. Kais Saied finished it

An article in the US Foreign Policy website stated that the Tunisian army is the only army in the Arab world that has not interfered in political affairs during the 65 years of the country's independence, but President Kais Saied broke this tradition. 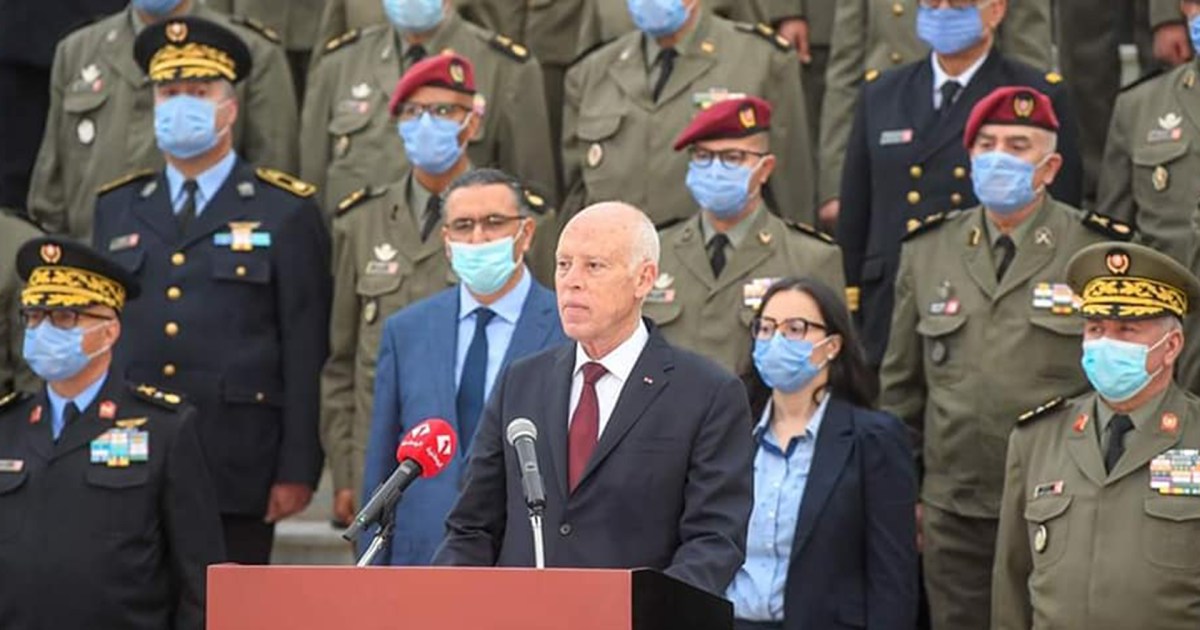 that the Tunisian army is the only army in the Arab world that has not interfered in political affairs during the 65 years of the country’s independence, but President Qais Saeed broke this tradition, but this can still be reversed. path.

The article's author, Radwan Al-Masmoudi, head of the Washington-based Center for Studies on Islam and Democracy, said that the Tunisian armed forces are the only army in the Arab world that has never participated in local political or economic affairs.

He explained that when Tunisia gained its independence from France in 1956, former Tunisian President Habib Bourguiba played a key role in ensuring that the army stayed away from political and economic affairs, and the country's first constitution went so far as to prevent soldiers from voting, a clause that is still valid in parliamentary and presidential elections.

The writer said that removing the army from politics proved wise. When a wave of military coups and dictatorships swept the Arab world, Tunisia remained immune to infection and remained a republic led by civilians.

He pointed out that even the regime of former Tunisian President Zine El Abidine Ben Ali maintained this separation between civil and military affairs after the bloodless 1987 coup d'état.

In the 2011 revolution, Al-Masmoudi says that the army personnel were welcomed as the heroes of the people, because they refused to support Ben Ali in his last days, refusing direct orders to bomb the city of Kasserine and shoot protesters, and they also protected the demonstrators from police violence and public and private property, but they refused Interfering in political matters They continued their role in defending the country by fighting "terrorism" under the civilian leadership of the Ministry of Defense.

In 2017, the (secular, centrist) Nidaa Tounes party submitted a proposal in Parliament to grant soldiers and military officers the right to vote only in local elections, arguing that the military are also Tunisian citizens.

The majority of Tunisians and their representatives felt it was safer to continue to keep the army out of politics, especially in this transitional period after the Arab Spring, when democratic institutions had not yet been fully established.

The 2014 constitution clearly defined the role of the army in supporting the civilian authorities with complete impartiality, but this was violated last July 25, when soldiers accompanied by military tanks carried out Saeed’s order to close the office of Prime Minister Hisham al-Mashishi and the entire parliament, and prevent its elected members from entering and managing the affairs of the people. .

Al-Masmoudi described this as the first time in Tunisia's modern history that the army was involved in political affairs.