Fifa ordered to act after racist insults against English players in Hungary London (AFP) The British government on Friday ordered Fifa to act following racist insults targeting black players of the England team in the 2022 World Cup qualifier against Hungary, which sparked outrage . British media, such as the BBC and Sky News, have reported racist chants, including monkey cries, targeting midfielder Jude Bellingham and striker Raheem Sterling, which marred Thursday nigh 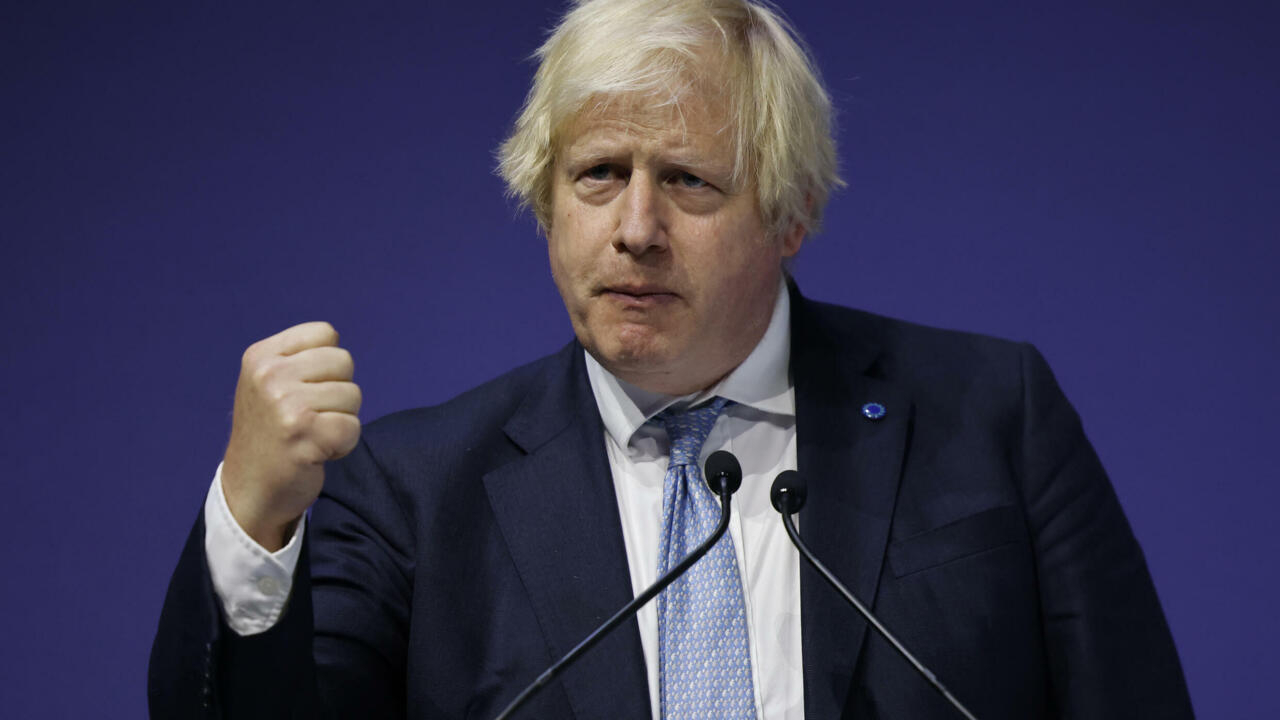 The British government on Friday ordered Fifa to act following racist insults targeting black players of the England team in the 2022 World Cup qualifier against Hungary, which sparked outrage .

British media, such as the BBC and Sky News, have reported racist chants, including monkey cries, targeting midfielder Jude Bellingham and striker Raheem Sterling, which marred Thursday night's large victory (4- 0) of the English, at the head of qualifying group I for the 2022 World Cup in Qatar.

The joy of the English striker Raheem Sterling, after having opened the scoring against Hungary, during the qualifications for the World Cup-2022 in Qatar, on September 2, 2021 in Budapest Attila KISBENEDEK AFP

These excesses during the meeting in Budapest come after similar incidents in other matches of the "Three Lions", and against a backdrop of growing anger in the world of British football over the racism regularly observed in stadiums and on social networks.

"It is totally unacceptable that English players were subjected to racist slurs in Hungary last night," Prime Minister Boris Johnson said on Twitter.

He urged Fifa to "take strong action against those responsible to ensure that this kind of shameful behavior is eradicated for good."

The governing body of world football responded by promising to take "adequate measures", recalling that it firmly rejected "any form of racism and violence".

Just before the kick-off, the English players were also booed by the majority of the 60,000 Hungarian supporters present in the stadium for having kneeled on the ground in a symbolic gesture to denounce racism.

The English striker kneels down to denounce racism, before the match against Hungary, counting for the qualifications of the World Cup-2022 in Qatar, September 2, 2021 in Budapest Attila KISBENEDEK AFP

“I'm going to talk to the guys and see if they heard anything,” he added.

Coach Gareth Southgate, who said he had not heard the insults from the bench, said they were "unacceptable".

"Everyone knows what we stand for as a team."

At the post-match press conference, however, he felt that many Hungarian supporters had behaved "in an irreproachable manner", stressing that the English anthem had been respected - unlike the foreign anthems in the matches of the 'Euro at Wembley.

This is not the first time that Hungary has been in the sights of the football authorities.

In July, the Hungarian federation had been sanctioned with three matches behind closed doors (including one suspended) for the "discriminatory behavior of its supporters" during the three matches played by its selection for the Euro.

However, this sanction does not apply to matches organized by Fifa.

Hungarian supporters before the match against England, counting for the qualifications for the 2022 World Cup in Qatar, on September 2, 2021 in Budapest Attila KISBENEDEK AFP / Archives

Racist cries against black players of the France team had in particular been launched from the platform where the Hungarian ultras were in Budapest, on June 19.

Or more recently in qualifying matches for the Euro in Montenegro and Bulgaria.

Bulgarian supporters, during the match against England, counting for the qualifications for Euro-2020, on October 14, 2019 in Sofia NIKOLAY DOYCHINOV AFP / Archives

England itself is not immune to the phenomenon.

For years, English players have been victims of racism during matches, or on social networks after a defeat or disappointing performances.

The knee pose on the ground, extensively commented on and sometimes criticized, is quite frequently hissed, whether it is performed in a national team or in a club.

Boris Johnson himself has been accused of hypocrisy, having called in June, during Euro-2020, on supporters to support the England team and to be "respectful", without explicitly condemning the boos against the players. kneeling.

After the final lost to Italy in July, the government said it wanted to ban fans who have used racist slurs online from the stadium, after such attacks targeting three black players in the England team.