"He is going to die yes or yes," confirms the family of the young man attacked in Amorebieta by 'the koalas' after 40 days in a coma

&amp; quot; He is going to die yes or yes &amp; quot;, confirmed Stephan, the spokesman for Alexandru Andrei Ionita's family, after 40 days in a coma at Cruces Hospital. Alex, according to ... 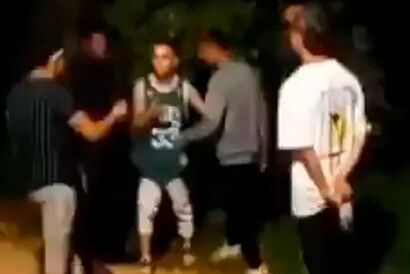 confirmed Stephan, the spokesman for Alexandru Andrei Ionita's family, after

40 days in a coma at the Cruces Hospital

. Alex, according to the Basque doctors who have treated him

, cannot recover brain activity despite multiple attempts to counteract the aftermath of the beating he received in a park in Amorebieta when he was cornered, beaten and robbed by 'Los Koala Brothers'. The Ertzaintza has already arrested 16 young people for participating in the attack and several of them are now facing an alleged crime of homicide.

the "miracle" they expected has not occurred

. Alex suffered irreversible damage to both sides of his head when he was hit with punches, a bottle and a stick by the members of the gang that assaulted him when he was with other young people in a park in Amorebieta (Vizcaya). As confirmed by Stephan, a friend and spokesman for the family, the latest diagnosis by the doctors closes the doors to any recovery since

"one part of the brain is dead and the other does not want to work,"

according to what he told Radio Euskadi.

The Ertzaintza has detained

16 individuals related to the attack

and the publication on social networks of the attack perpetrated by 'Los Hermanos Koala'.

The last arrest took place on July 31 when a 20-year-old young man was arrested in Leioa (Vizcaya).

Of the total of 16 detainees,

who in some cases are in special detention centers and others under the guardianship of their parents.

TerrorismInterior moves seven other ETA members, six of them will go to Basque prisons about to be managed by the PNV

Immigration The new drowned in the Bidasoa, the old death trap